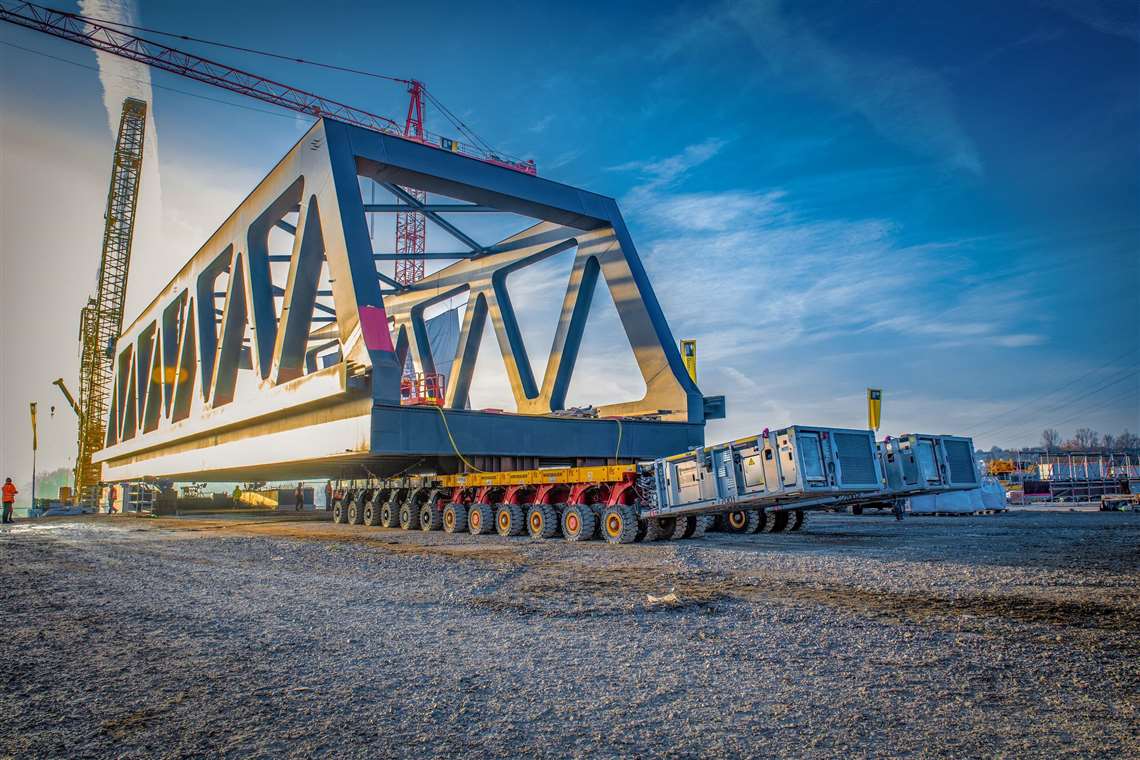 Bietigheim-Bissingen, Germany-headquartered crane and heavy transport services provider Wiesbauer moved a 52 metre long steel bridge weighing 820 tonnes into place as part of the construction of the ICE railway line in Germany between Stuttgart and Ulm. 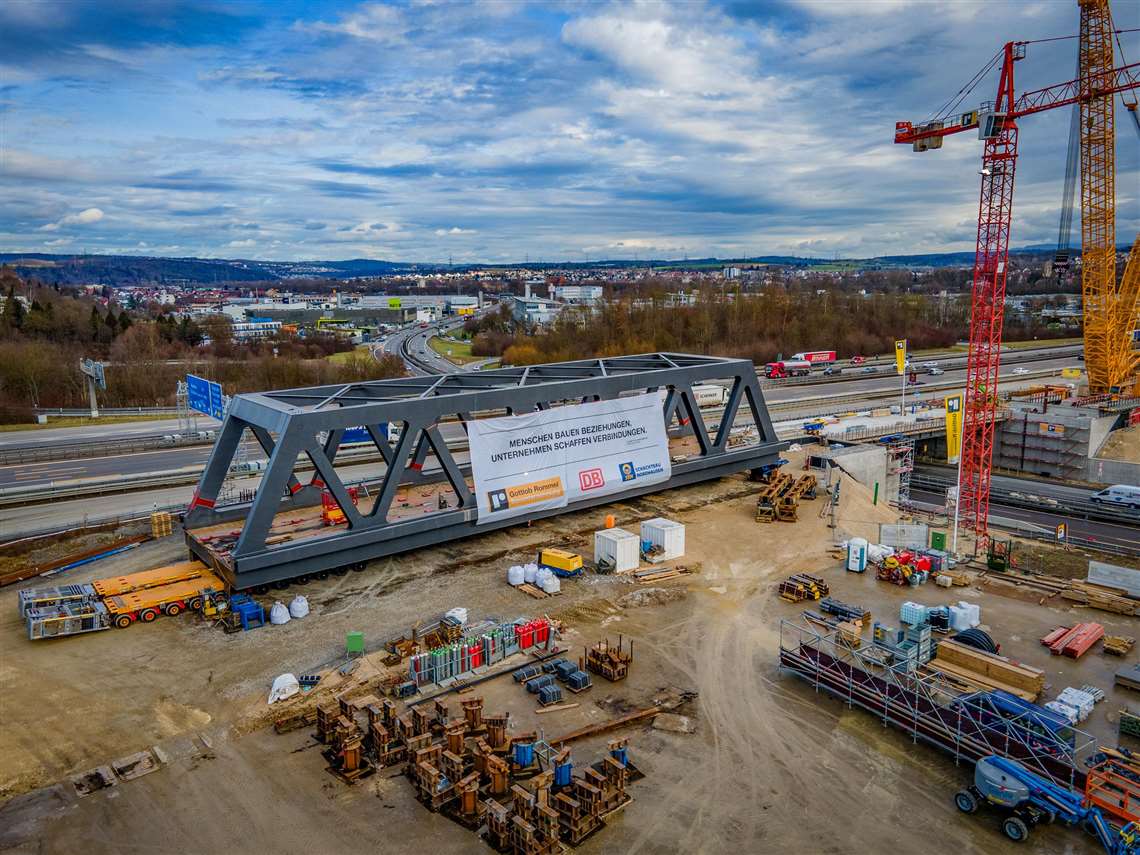 The job was particularly challenging because it involved the simultaneous use of three different elements: SMPT, a slipway and a 1000-tonne crawler crane. “This was a first for us,” says Marco Wilhelm, project manager at Wiesbauer. “We had to coordinate the Cometto SPMT, a slipway from Schachtbau Nordhausen and our 1000-tonne crawler crane… We were able to countercheck the values and push forces supplied by the customer in advance using the Cosmo planning program from Cometto. This made it possible to push the bridge over the slipway towards the crawler crane with the right force, centimetre by centimetre and above all jerk-free.” 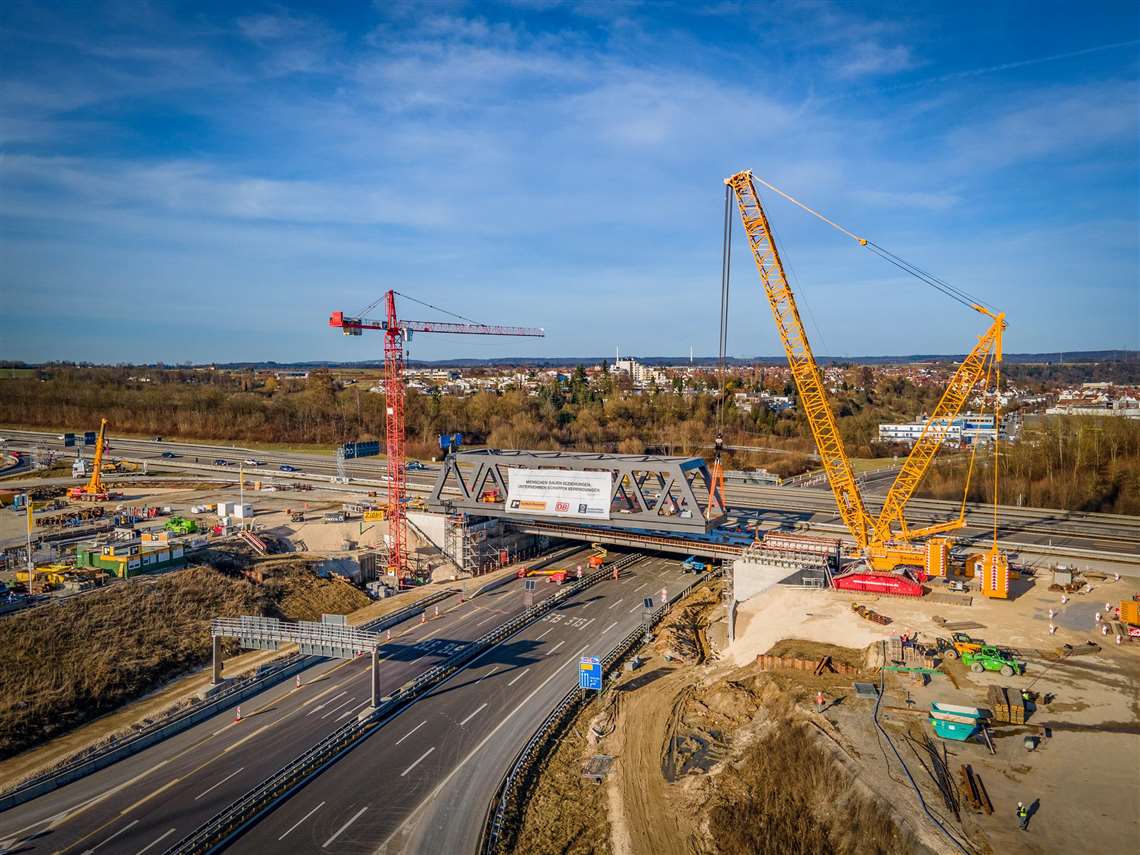 Surveyors from German mechanical engineering company Schachtbau Nordhausen continually checked the structure’s position while it was moved centimetre by centimetre on the SPMT which were coupled in a 12+12 side-by-side combination.

Shortly before reaching the end position, one side of the bridge was set down on Schachtbau Nordhausen’s slipway. Then a ram was bolted to the self-propelled vehicle and the SPMT pushed the bridge into the final position of the abutment. The transport speed of the Cometto SPMT was set to optimally match the insertion of the Teflon plates in the slipway. “It was a great help to us that I could regulate the output of the two power packs with the potentiometer on the radio remote control so that it was possible to implement the pushing instructions from Schachtbau Nordhausen perfectly,” commented Leonard Schmid, who was operating the SPMT remote control. 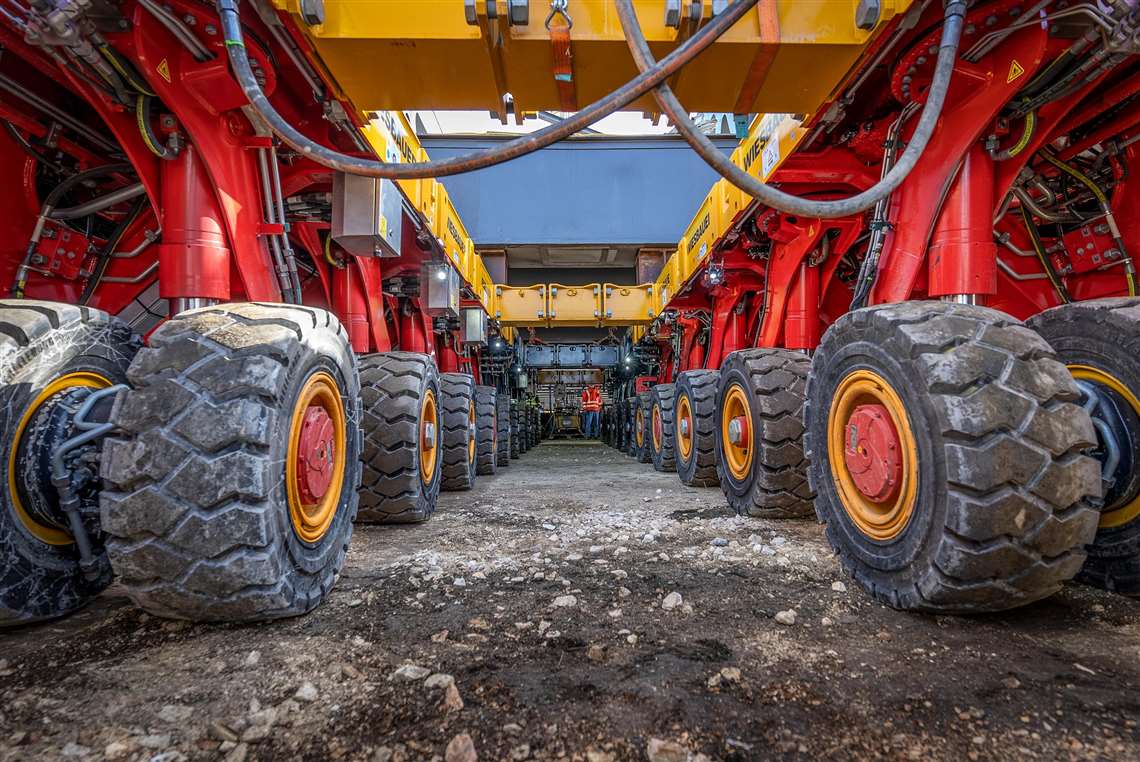 In total, it took eight hours to successfully position the bridge. According to Wiesbauer, there will be much more road and rail bridge replacement work in Germany over the coming years. 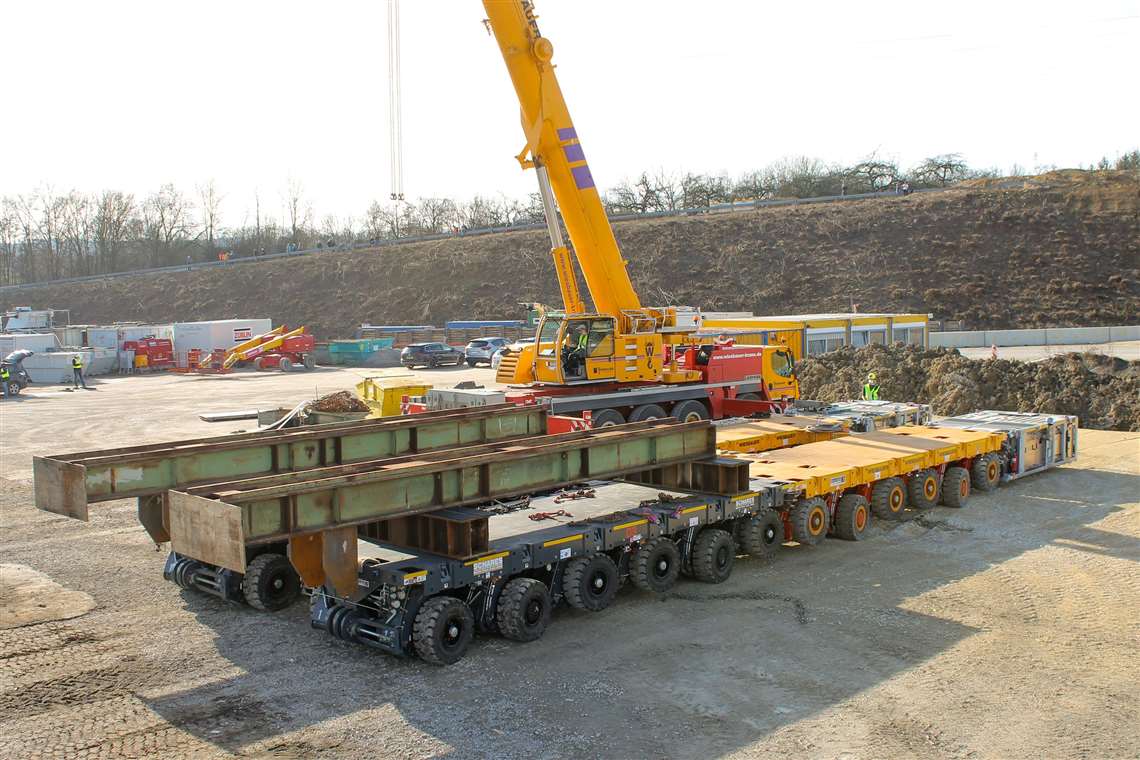 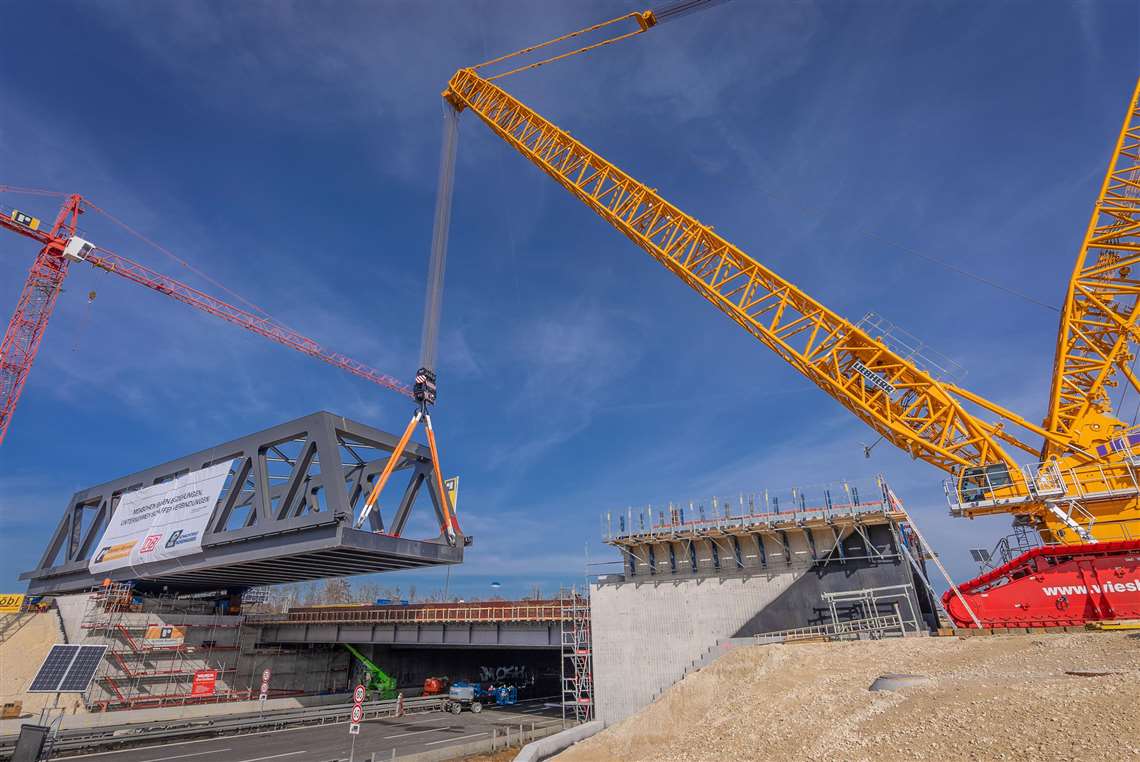 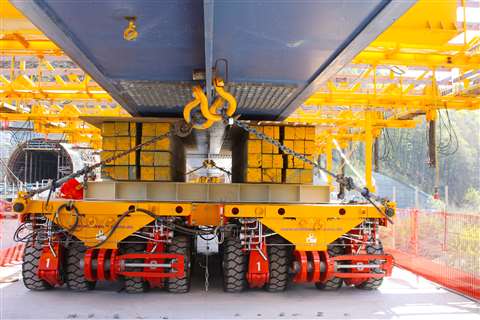 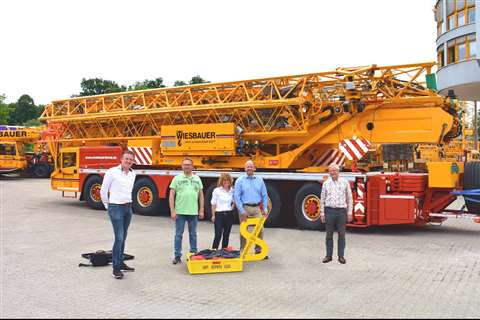