The boulder was in a farmer’s field, having been moved there on a glacier from Norway and then deposited as the ice age ended sometime between 50,000 to 200,000 years ago.

The boulder measured 5.8 metres-long, 4.9 metres-wide and 2.9 metres-high and was estimated to weigh between 100 to 140 tonnes. After being dug out of the ground, it needed to be transported four-and-a-half kilometres to the town square in Hüven where it was to be displayed.

Gertzen used an 18-axle SPMT combination to move the boulder because it complied with the route’s maximum axle line load of 12 tonnes and could also be used cross-country.

A crane was used to lift the boulder off the ground and onto the heavy load module. Gertzen laid a 370 metre-long construction road made of steel plates across the field for the crane and SPMT to use.

At the first bend in the road to Hüven SPMT operator Ingo Wiggelinghoff lowered the combination by 350 millimetres using ‘travel mode’ to pass under an overhead power line.

The next bend involved a 90 degree turn onto a main road. In addition, the route of the SMPT’s power pack unit was blocked by a power distribution box in the way. To negotiate these obstacles Wiggelinghoff used the SPMT’s front steering mode and diagonal driving to accurately position the 29.30 metre-long combination. He also raised the SPMT and swiveled the engine unit hydraulically upwards by 12 degrees in order to bypass the power box.

Once in Hüven another 90-degree turn had to be negotiated. Due to the length of the vehicle Gertzen used the SPMT’s ‘carousel drive’ electronic steering program to manoeuvre into position. 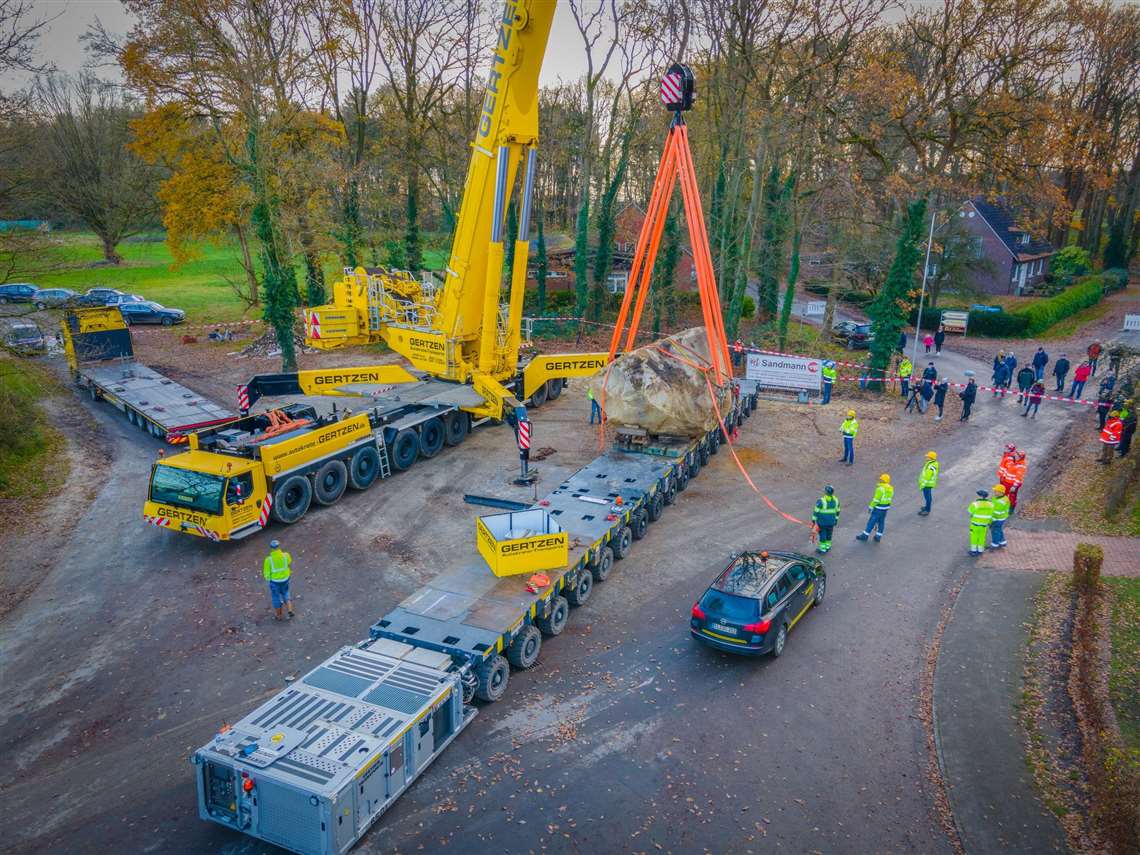 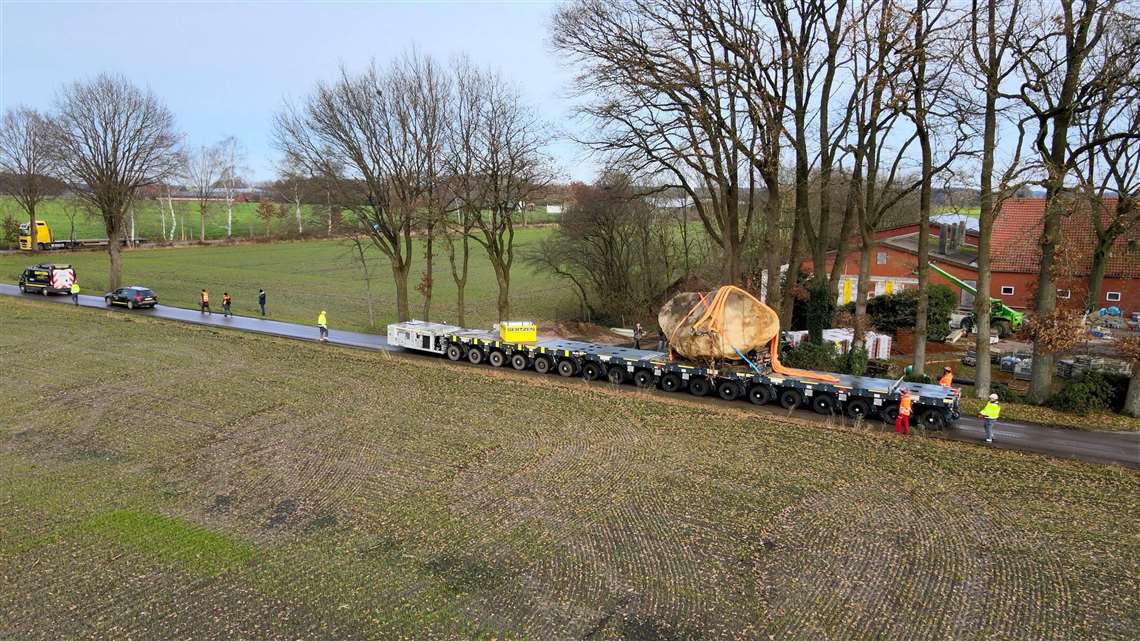 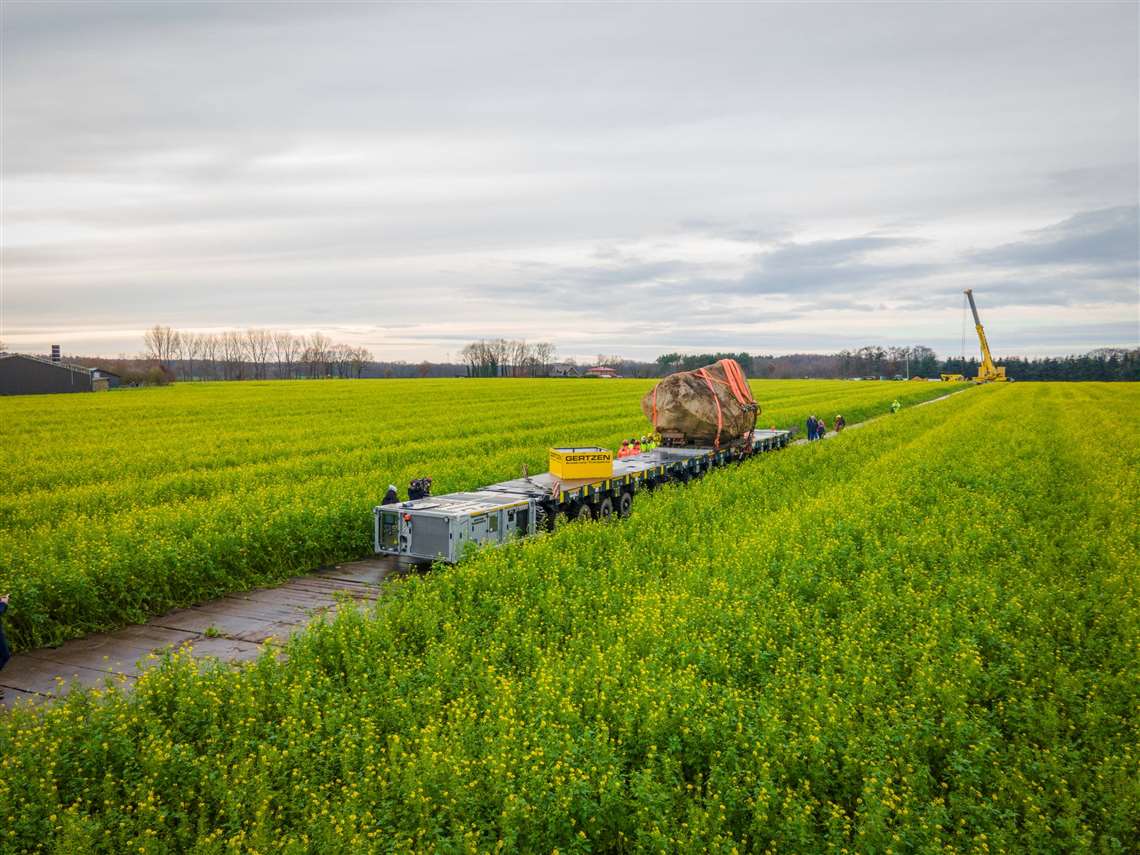 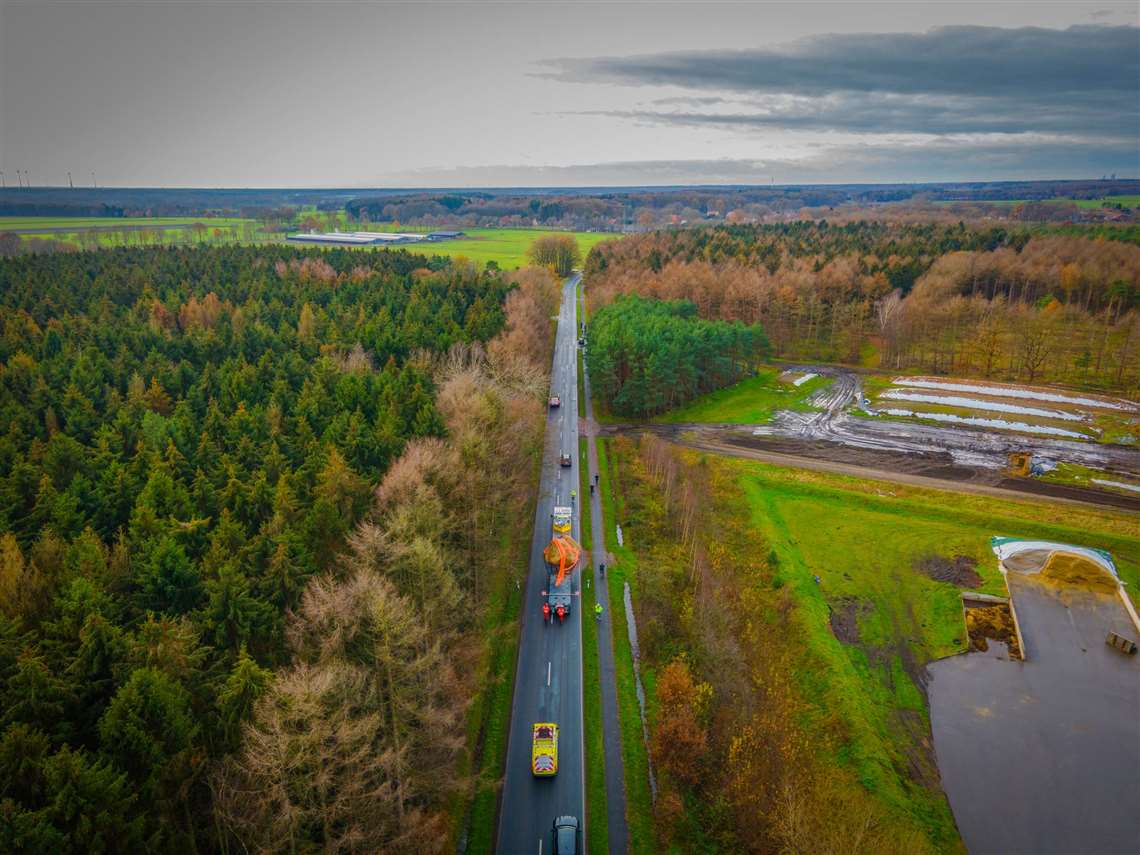 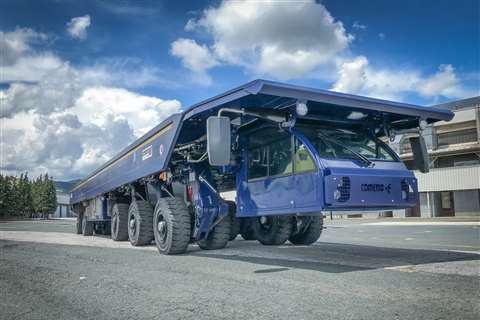 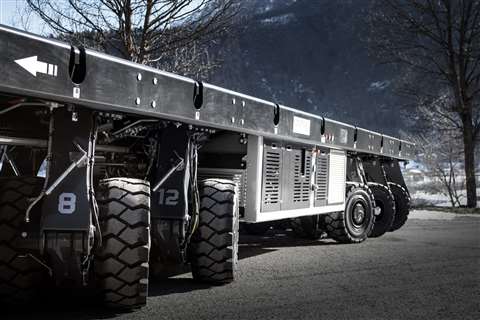