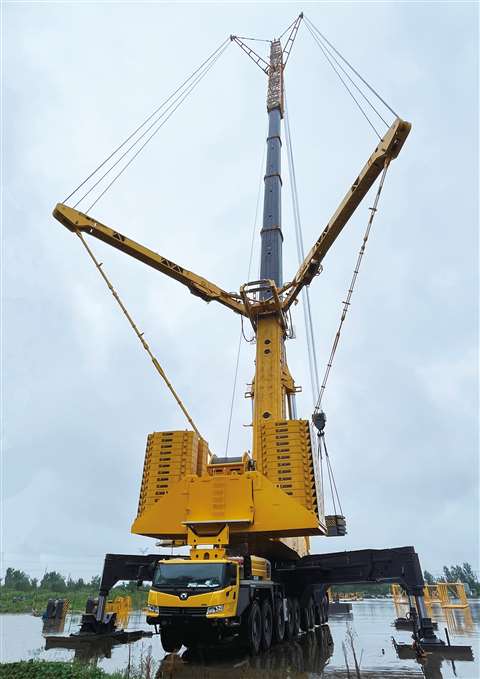 XCMG said it has sold more than 126 wheeled mobile cranes with a capacity of more than 1,200 tonnes. Photo: XCMG

Manufacturer XCMG has tested its 2,600 tonne capacity wheeled mobile crane with telescopic boom, claimed as the largest all terrain crane in the world.

The XCA2600 completed a test lift with a 173 tonne load, before its delivery to a wind farm in its domestic market of China. Its maximum load moment rating is 5,372 tonne-metres. The manufacturer said its maximum lifting height of 160 metres is 20 per cent more than competitors. 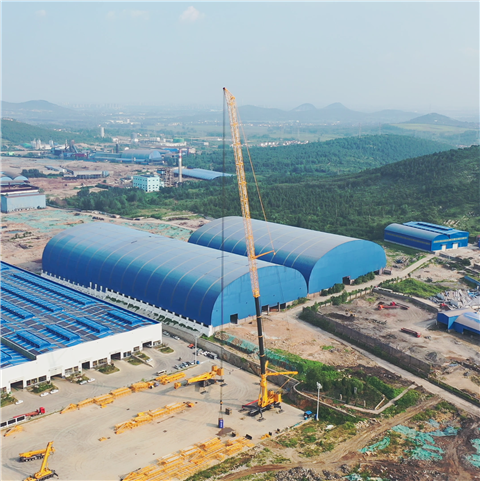 Counter weight totals 340 tonnes and for turbine work the wind power jib is up to 110 metres long and it goes on the 63.7 metre telescopic boom.

“It can be difficult for large cranes to successfully strike a balance between achieving great lifting capability and travelling around conveniently, especially for those that need to install wind turbines at a height of 160 metres,” said Shan Zenghai, XCMG Crane chief engineer.

XCMG said the XCA2600 is the first crane with a ten axle carrier. It is 3.5 metres wide and boasts a patented independent suspension design, XCMG said. In addition, the upper works is interchangeable with the crawler track lower works of the XCC2600. XCMG said this latter crane is the world’s largest telescopic boom crawler crane.

A video of the crane is here.

Electric focus for XCMG at Bauma
XCMG to showcase 39 products at Bauma, with many of them electric powered