When will the tide turn in the container shortage?

The shortfall of shipping containers around the world is another symptom of the chaos caused by the Covid-19 pandemic. Mike Chalmers reports.

​Shipping has become the backbone of global trade in recent decades, with more than 90 per cent of world trade in goods being carried by the international seaborne shipping industry. This type of supply chain requires an enormous number of shipping containers, yet the shipping industry has suddenly found itself at a standstill of global proportions. 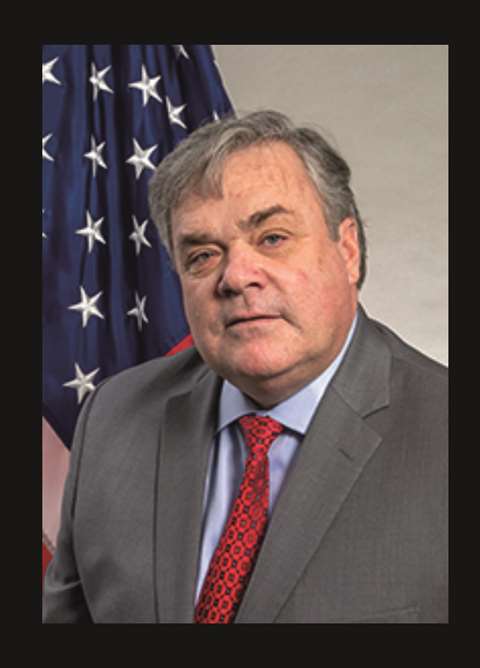 Carl Bentzel is concerned about China halting production of containers

The problem is that the world has run out of shipping containers. The global impact of this could start rippling through daily life in a way that most people, and indeed industries, are ill prepared for.

Some SC&RA members have seen this emerging dilemma up close and have been sounding the alarm. The reality to many is just starting to land on industry’s doorstep, and concern is growing.

Carl Bentzel, Commissioner of the US Federal Maritime Commission (FMC), explained, “The Chinese now manufacture all the marine containers in the world, and there’s one company in particular that manufactures about 85% with some others filling in.

“But they are all connected to China and classified by the US government as a state-owned enterprise. They are connected with steel production in China, so the steel guys crank out these containers, which is all dictated by the Chinese government.

“They are also connected to the Chinese maritime companies, so the container shipping line COSCO [China Ocean Shipping Company] is interlocked together.”

Slow down of international supply chains
Bentzel said that before the Covid-19 pandemic the world was plugging along with business as usual. Then the coronavirus crisis disrupted the process, and the ripple effect took root throughout 2020.

He added, “During the pandemic we saw about 20% reduction across the board around the country in the movement of containers through US ports. That took place in February, March and April 2020, so it really slowed down.” 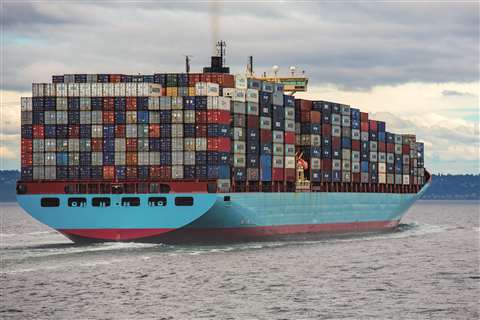 Adding to the predicament, Bentzel continued, intermodal chassis providers decided that this lull in the action was a good time to undertake maintenance and take many of these crucial pieces of equipment out of service and move them around. It should be noted that a significant portion of the world’s intermodal chassis are also produced in China.

Bentzel stated, “A lot of equipment used in moving containers was taken out of the port structure and, since the industry had slowed down significantly, the Chinese stopped production of containers completely.

“We saw a substantial reduction in the production of containers in that three-month period, as well as the availability of intermodal chassis for movement in the US.”

China started to re-open in March and April 2020, and manufacturing exploded with retail goods coming out of the country.

Bentzel added, “Production and commerce that was 20% down in the volumes of containerised cargo came back 20% over what it had been the previous year – a swing of 40% volume capacity in May, June, July of last year – so the market was caught flat-footed.

“And remember this was, and is, happening all around the world. These big volumes switched over in May and June. They did not have enough equipment at ports to handle it, and so everything started to slow down at the ports.”

Bentzel. who indicated that companies would be ready to get cargo off the ships and out of the gates although there were no wheels to transport with, said, “By February of this year we had around 45 to 50 ships outside of LA Harbor alone. With hundreds of thousands of containers each just sitting there waiting to get to birth in LA [USA].”

SC&RA members impacted
While the situation is slightly improving in certain ports around the world, Bentzel pointed out that extremely high volumes will continue for the rest of 2021.

He pointed out, “For example, the port of Savannah [Georgia, USA] had a 46% increase in April over the year before. Those volumes will continue for the rest of the year. At the same time that this has been going on, the Chinese are not manufacturing containers any faster. They can run three shifts, but they are only running one shift – and it has tripled the cost of leasing a container, and slowed the whole process down.” 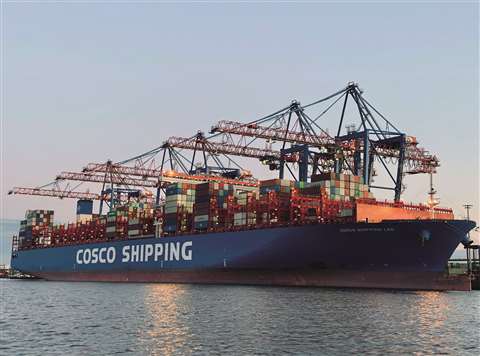 COSCO (China Ocean Shipping Company), one of the largest container shippers in the world, owns more than 1,000 ships

Many industry insiders believe Chinese factories are keeping container production low to keep their newbuild prices high, which negates the hope on the cargo-shipper side that the market might soon be flooded with excess new containers, thereby bringing freight rates down and soothing the global bottleneck.

All of this is contributing to even less equipment that is available for use, confirmed Bentzel, and that impacts the entire transportation supply chain, which includes many SC&RA members.

He emphasised, “We’re seeing one- to two-month delays, and that includes manufacturers who rely on getting components in.

“So for SC&RA members that need components and equipment for whatever they are doing – steel beams for a big project, for example – they are seeing substantial delays. That includes the specialized haulers that move cargo, which is now being held up. Tripling of rates is what we are hearing in many cases.

“It is convoluted. It started with the slow down as a result of Covid-19, then a big surge. Then injury and illness to our longshoreman who handle the equipment, and then not enough equipment to handle the surge. And now the backlog has created an issue, combined with volumes that are not stopping.”

Fact-finding investigation in USA
For SC&RA members, manufacturers are not getting component parts – parts that go into large-scale items that would be moved and then used on jobsites. 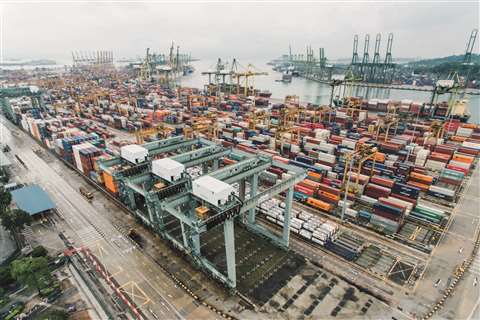 Bentzel said, “There will be instances, if not already, where a company might have to say ‘We cannot use the crane today because we are still waiting on the cargo that we are supposed to lift’. There could certainly be a large impact on the manufacturing and building sectors, with imports and a lack of production of required materials.

“We have a fact-finding investigation that is currently underway. We also have some trade powers, but we are looking at publicising this as a first step, and we do have some operational suggestions that we are going to work on with industry to try and get some more efficiencies into the system.

“We are talking to railroads because they utilise the same system. But ultimately, we really do not have a great answer as of yet. We cannot really exert physical control, we can point out what is going on. And maybe at a higher level the government says to the Chinese ‘What are you doing? You’re hurting us.’”

Essentially, confirmed Bentzel, “We are stuck with a commercial market trying to respond to a government-controlled economic policy. We have a just-in-time delivery system that sustains manufacturing [in the US], and at the moment it is more like just-in-case – ie, buy as much as you can in case you do not get your cargo.

“So we need to get the word out and start looking for ways to solve the issue, before it gets to the point that people head out to the stores and there is much less on the shelves.” 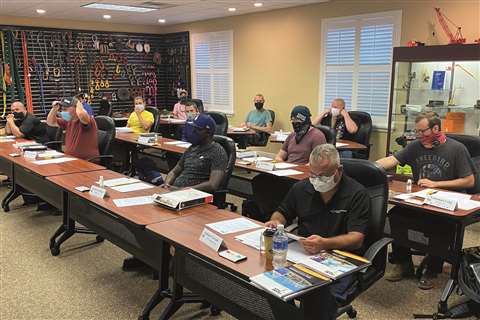 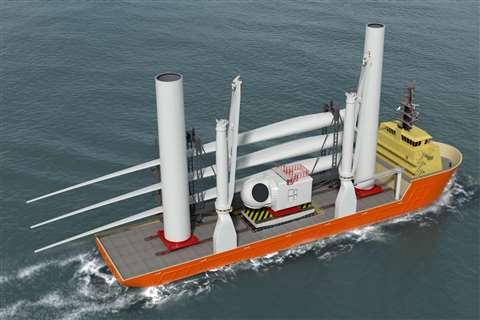 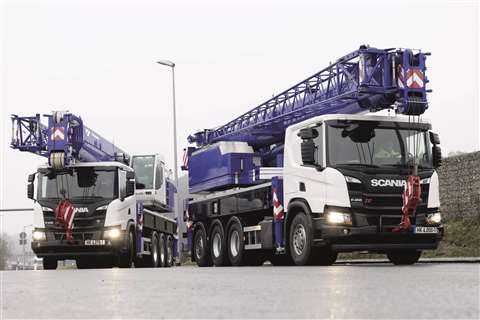