We selected the top ten shortlist but the decision was placed in the hands of you, our readers, to vote for your favourite lift and decide the number one spot in our 2022 IC TopLift competition. The eagerly anticipated results are now in.

Aided by a digital voting form both on our website and our social media channels, we had a healthy turnout of responses this year. We’d like to thank everyone who got involved and made the effort to submit a vote. All the shortlisted lifts were worthy contenders that helped showcase the innovation and groundbreaking achievements of our industry.

There was, however, a stand-out winner with a clear majority of the vote... 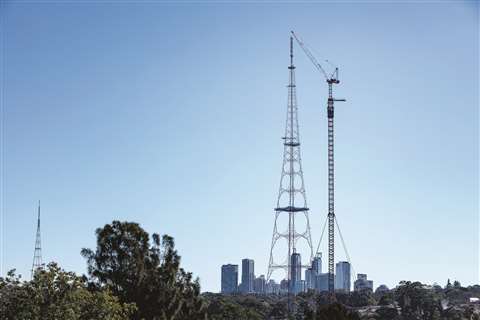 Two tower cranes, a Favco M310D luffer and a much larger M1280D Favco luffer, were used by Marr Contracting, in partnership with Mirvac, to dismantle the 233 metre television transmission tower in Sydney, Australia.

Built in 1965, the lattice ‘Eiffel Tower’ was Sydney’s first television tower and one of three towers known as ‘the Artarmon triangle’ that broadcast television on behalf of major media companies before being decommissioned in February 2021. 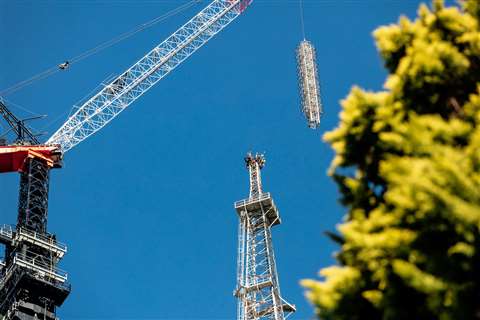 It was not structurally sound enough to attach la teral supports.

Mirvac gained approval to remove the tower and redevelop the site into a residential community. Challenges were presented by the tower’s size and its location.

“From a design perspective, this has been one of the most complex and unique projects that I have ever been involved with,” said James Hiley, Marr’s design manager.

“We had to get the crane hook height above 233 metres without expensive structures,” said Simon Marr, Marr managing director.

Introducing guy wires to laterally support the tower crane allows it to climb to the required height to dismantle the tower.

Corrado Negri, Gruppo Irgenre CEO, said, “Potain tower cranes are famous for their reliability, load capacity and low maintenance, which are the reasons why, together with the reliability of our supplier Edilcom Gru, we chose this brand.” 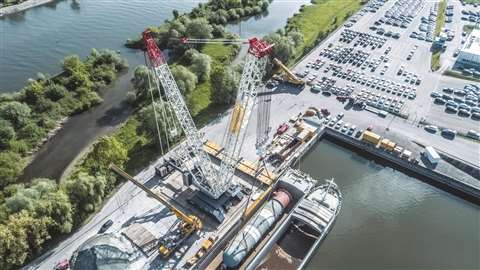 German lifting and transport specialist Schmidbauer used Tadano Demag cranes to lift and load onto self propelled modular transporter (SPMT), and then transport, a 700 tonne refinery column. It was transported from the Port of Kelheim to the Bayernoil factory in Neustadt an der Donau. It was one of the heaviest loads to have ever been transported on roads in Germany.

To lift the load onto a 44 axle SPMT for transport to the refinery 25 kilometres away, a Demag CC 8800-1 crawler was assisted by ATF 220G-5 and AC 500-2 all terrains, both of which were also used as assist cranes to set up the crawler crane. At the Bayernoil refinery, the CC-8800-1 , lifted the load up off the SPMT and into its final vertical position. Watch a video of this lift here.