Calculated as the total maximum load moment rating, in tonne-metres, of all the tower cranes in a company’s fleet, this year saw the combined total IC Tower index up from 3,920,859 tonne-metres in 2018 to 4,966,242 this year.

Analysis of the Tower Index shows that in just five years the total capability rating has more than doubled, with the top five companies having a combined rating of 3,297,278 tonne-metres - which almost matches 2017’s total for all the companies on the list.

Over the past year over 4,000 cranes have been added to the fleets of the top 20 companies. This is a 32% increase on 2018’s figure, which had shown just a 2.72% rise on 2017. While 2019’s increase was accompanied by a rise of 6,000 employees across all the tower companies on the list, it also came with a 13% decrease in the number of depots and resulted in some interesting changes to the 10 companies at the top of 2019’s IC Tower Index. 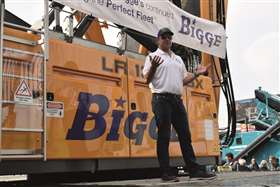 In operation for more than a century, 2019 sees the company move up one place on the Tower Index. Its 242 tower cranes, headed up by a Comedil CTT 721-40B, give the US company an IC Tower Index of 122,510 tonne-metres. Bigge also made it onto this year’s ACT100, published by ICST’s sister magazine American Cranes and Transport.

Climbing up from tenth place in 2018, this Belgian company’s fleet of 506 tower cranes resulted in a Tower Index of 132,189. Over the past 12 months the company has kept its 17 depots, despite reducing its fleet of towers by 50 units. 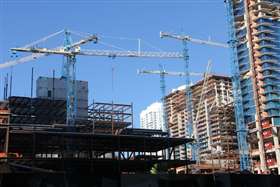 Maxim takes the number eight spot again this year. The US company now has 56 branches worldwide and 373 tower crane units, giving it a total maximum load moment rating of 163,909 on the Tower Index. Operating on a national level, Maxim also made the ranks of this year’s ACT100.

With three less depots and over 100 less tower cranes than last year, Morrow Equipment has slipped three places from fourth position in 2018 to number seven this year. Over the past year the company has made significant changes to its fleet composition, which is likely a result of the acquisition of Morrow Australia and New Zealand by Liebherr-Australia. In 2019 Morrow Equipment achieved an IC Tower Index of 201,581. 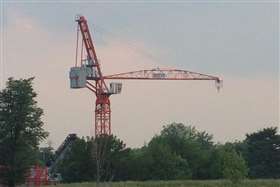 The Wolffkran 355B model tower crane

Wolffkran holds its place at number six this year, with a Tower Index of 202,769. The Switzerland-based company, which announced the appointment of Duncan Salt as its new CEO earlier this month, has 19 depots and 729 tower cranes spread across the globe.

A non-mover at number five, the Chinese company’s fleet of 1,063 tower cranes totalled an IC Tower Index of 242,954. Over the past year Tat Hong Equipment Service has increased its tower crane offering by over 130 units and employed more than 250 extra employees, while also reducing its number of depots by six. This appears to indicate significant changes in the efficiency management of the company.

Newly formed from the union of Belgian company Acromet and France-based Matebat, Uperio appears on the Tower Index for the first time with a rating of 324,487. The company, which has 550 employees operating from 23 depots worldwide, counts a Potain MD 689 M25 as its largest tower crane. 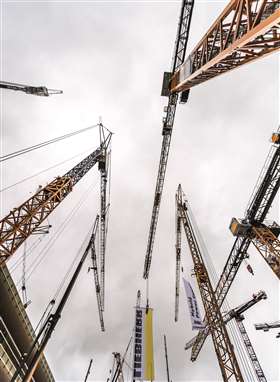 While the company only rents internally - to its own distribution and sales network - the fact that the company does not operate in the wider tower crane market and still came in at number three on this year’s list, gives a clear indication of how large it is. With a Liebherr 4000 HC 100 leading its fleet of 1,747 towers, the company has an IC Tower Index of 492,784, which marks a sizeable split between the top two companies on the list and rest of the top ten.

Last year’s number one on the list has moved into second position this year with an index of 1,075,895. Based in the United Arab Emirates (UAE), the company’s 2,586 tower cranes are headed up by an 80 tonne Potain MD 2200. In 2017 the crane supplier opened a new facility in Abu Dhabi, UAE, to house its rental fleet of more than 1,800 cranes. This year NFT has increased its total fleet by nearly 600 units. 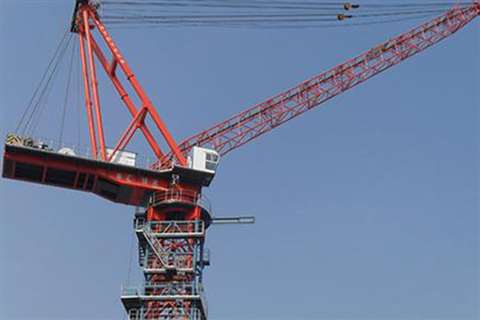 Companies are ranked by their IC Tower Index, calculated as the total maximum load moment rating, in tonne-metres, of all tower cranes in a fleet. all companies in the list, plus other prospective ones, have the opportunity to supply fleet information and other data. Where companies supply the full data the figure used is calculated by them. In cases of insolvency, acquisition or lack of information, companies are withdrawn from the table.

While we make great effort to ensure the accuracy of information provided, it cannot be guaranteed and International Cranes and Specialized Transport and its publisher, KHL Group, accept no liability for inaccuracies or omissions.

The IC Tower Crane Index will next be updated in the first half of 2020. If you think your company should be included please contact ICST for an application form.