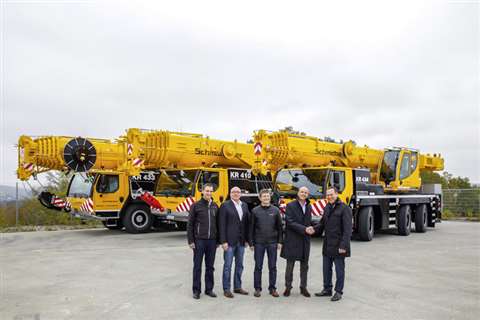 All three new cranes will be stationed at the company's headquarters in Gräfelfing near Munich, a company spokesperson said.

Werner Schmidbauer, Schmidbauer company founder, said, “We were persuaded by the LTM 1060-3.1 due to its 48 metre telescopic boom and high load capacities. What’s more is that its compact dimensions means that it is ideal for use in the very constricted conditions to be found in the City of Munich."

The new cranes join a fleet of more than 250 mobile cranes and 150 heavy transport units.