Following its purchase of a 1,000 tonne capacity LR 11000 crawler crane from equipment manufacturer Liebherr, international heavy lift and transportation specialist Sarens asked Liebherr whether self-propelled modular transporters (SPMT) could be used as ballast trailers for it.

Sarens has an extensive fleet of Kamag K24 SPMTs located globally and it was interested to know if it could utilise these. 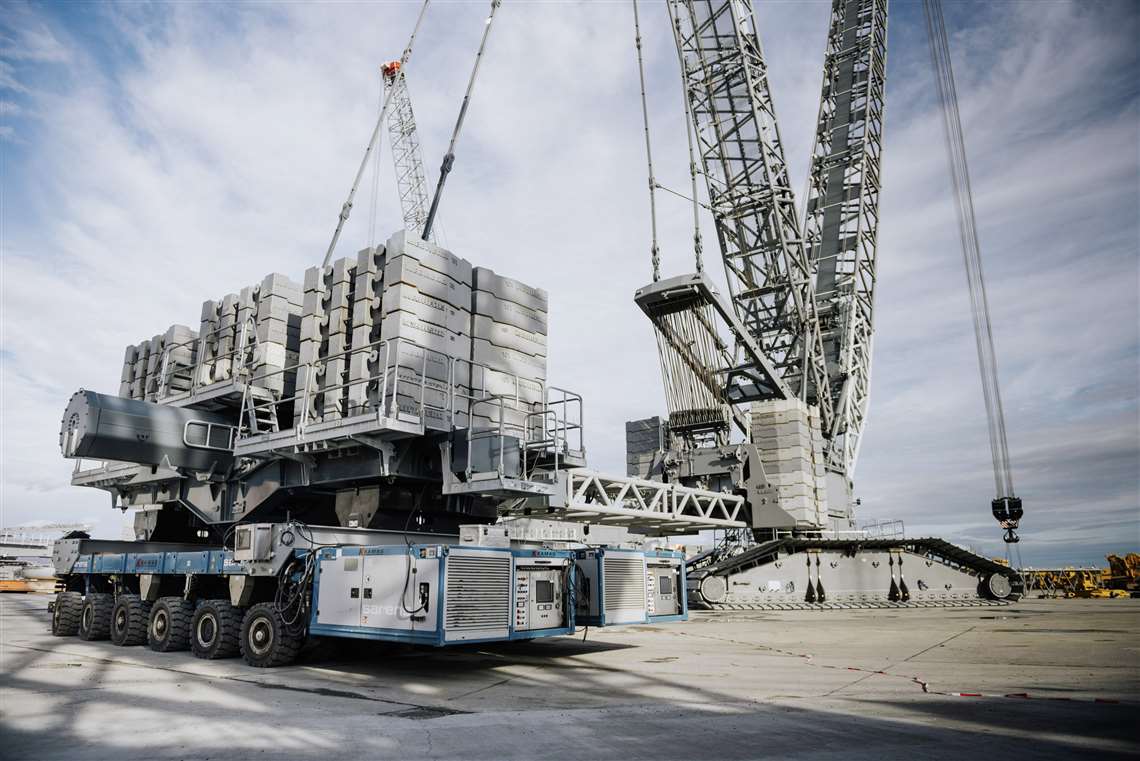 According to Liebherr, it had examined this idea before but, until now, the SPMT had never been controlled directly from the crane. Instead, separate personnel had to communicate with the crane operator for the SPMT to track the crane’s movements. The three companies, Sarens, Liebherr and Kamag, agreed that a solution now had to be developed to allow the SPMT to be controlled by the crane’s control system – just like a standard ballast trailer.

Sarens gave Liebherr two Kamag K24 SPMT for development and testing work and technicians from Kamag and Liebherr found that controlling them from the operator’s cab worked well. Kamag developed a special control box to ensure good communication between the crane and SPMT, enabling the crawler crane to control the movements of the heavy haulage vehicles. Liebherr said this was made easier as the Liebherr Liccon control system and the Kamag control system have similar basic structures.

Carl Sarens, director global operations and technical solutions at Sarens, said, “We are very satisfied with the results and the collaboration with Liebherr and Kamag. All our requirements have been met and we are confident that this will deliver significant added value for future projects as a result of the operative benefits and flexibility.” 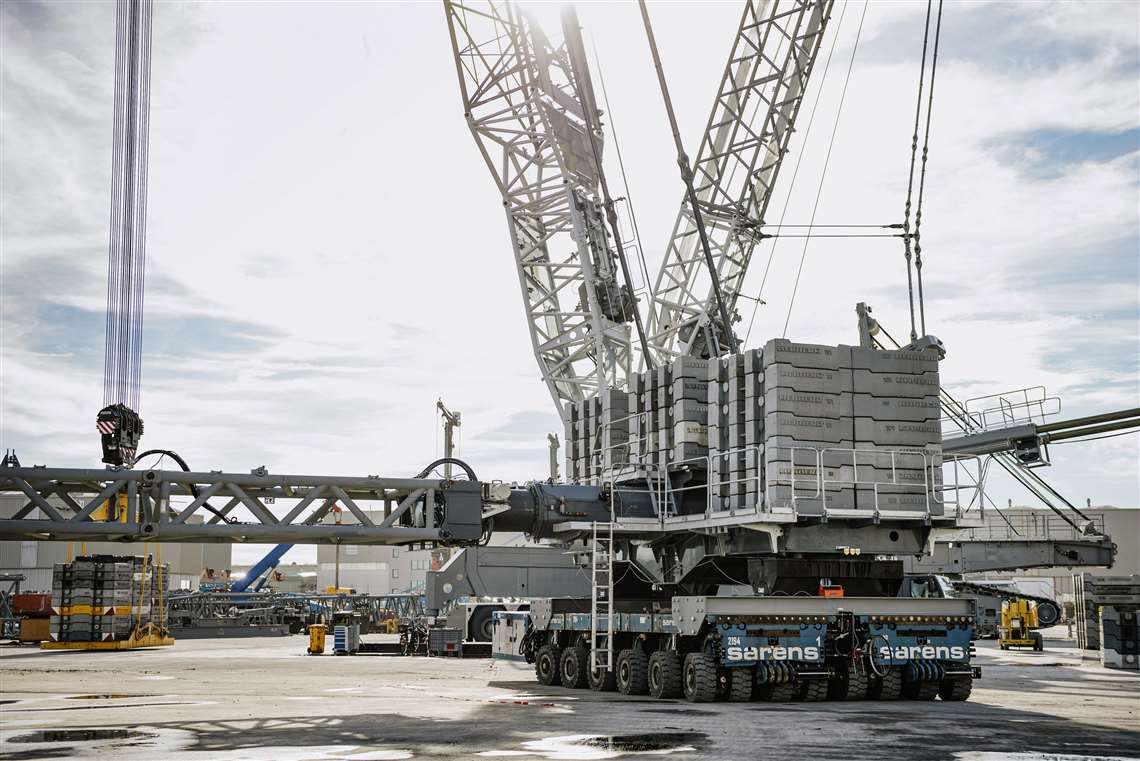