Shipping specialist TIBA Group contacted Engineered Rigging (ER) to develop a lift plant to safely and quickly remove three train engines from a ship, transport them 1 km to a port railway system, and lift them onto railroad tracks. 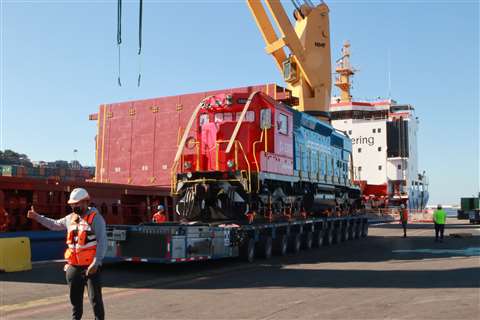 TIBA Group was responsible for the management and delivery of the three locomotives to Chile’s Terminal Cerros de Valparaíso (TCVAL) in November 2021 and wanted to unload the engines as quickly as possible to control costly port fees.

Prior to the transport, ER’s engineering team assessed the load, ship dimensions and port guidelines, and conducted several engineering studies.

With 12 axles and pivoting wheel assemblies, the company said the SPMTs agility made it an ideal choice to navigate the locomotives through the busy port to the railroad tracks. 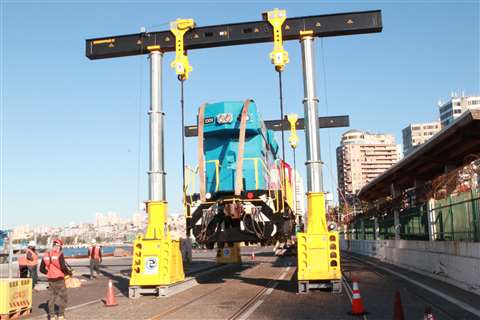 At the railroad, a Super Boom Lift SBL500 gantry crane and SSU300 powered slide shift lifted the engines one by one (Photo: Engineered Rigging)

Upon arriving at the tracks, an Engineered Rigging Super Boom Lift SBL500 gantry crane and SSU300 powered slide shift was used to lift the locomotives, one by one, from the SPMT and place them onto the track.

The three locomotives were unloaded and transported to the tracks in just nine hours.

Since opening its Chile location in 2021, Engineered Rigging has completed a number of heavy lifting projects in the country including the dismantling of a large scale construction crane inside a tunnel at the Alto Maipo hydropower plant. The company provides equipment rental and engineering services throughout South America. 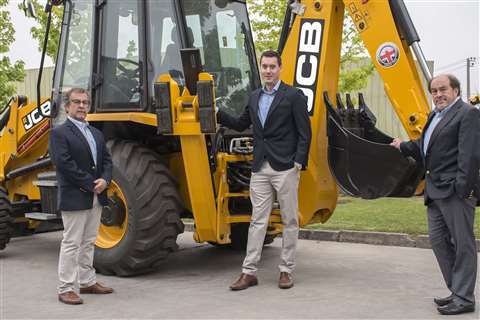 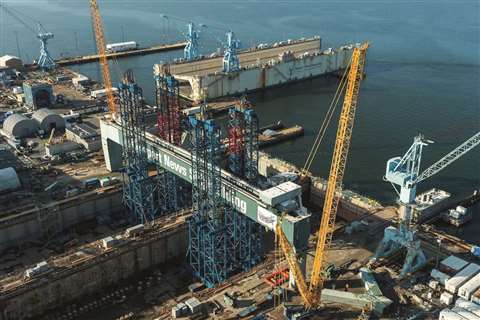 Sarens dismantles “Goliath” gantry crane at historic shipyard
Sarens was tasked with the challenging take down of an iconic 2,200-ton overhead crane at Navy facility. 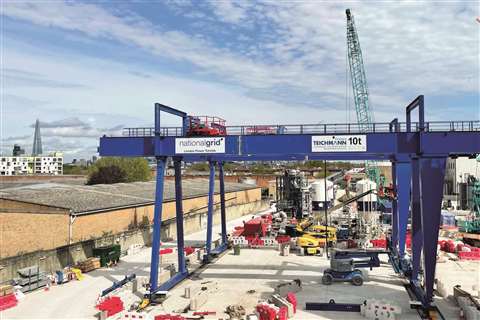