Kevin Johnston’s relationship with SC&RA goes back 35 years, and his love of engineering even farther. Currently the president at J&R Engineering Company, Johnston will, for the next year, maintain an additional title: SC&RA president. 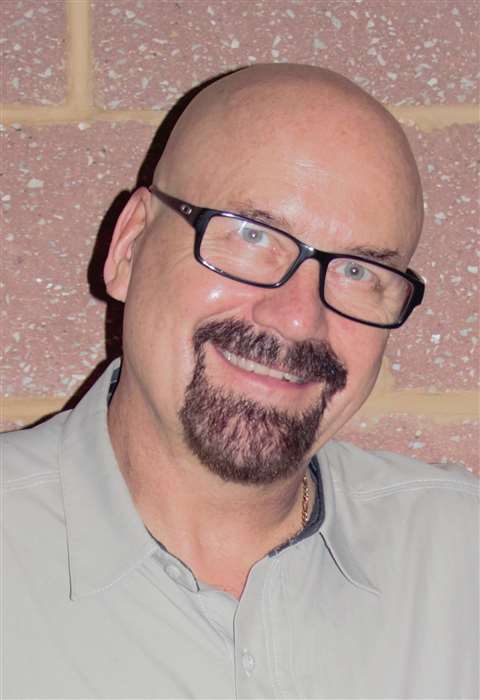 “The work we do, and the sense of accomplishment, is unparalleled for me. It’s such a rewarding industry.” - Kevin Johnston, President, J&R Engineering

Johnston has been in business with his father, Roger, at J&R since the company officially incorporated in 1988 – though he was involved in the engineering craft long before that. The pair started their company as a small consulting firm, headquartered in Mukwonago, WI, and over the course of more than three decades, have emerged as a world leader in hydraulic boom gantry engineering and design.

Along the way, Johnston’s relationship with SC&RA only grew stronger, and in time, his involvement more intimate. He sat down with me to look back on a career that is still evolving, and reflect on how SC&RA has impacted his life, both personally and professionally.

Is it safe to say that this career path was pretty much drawn up for you, so to speak, from your early years?

Absolutely. My father helped to develop the first hydraulic truck crane in North America at Sargent Crane. So I’ve always been around the lifting industry. But we moved around a lot when I was younger, because he kept getting a better job. And then around middle school, we settled in Wisconsin.

When did your affinity for the design/engineering discipline take root?

I’d continually work summers, and even during the school year, either in the shop or at times in the field. And I was always involved in drafting in some way – detailed drawings – which I really started focusing on in high school. It was fascinating to me, and through my father’s influence, I just gravitated towards it.

So, did you jump right into the industry after high school?

Well, I did four years of drafting in high school, and then went to college. Played a couple years of football at a couple of colleges and ended up landing at the University of Wisconsin-Milwaukee, where I got a business degree with a concentration in engineering. 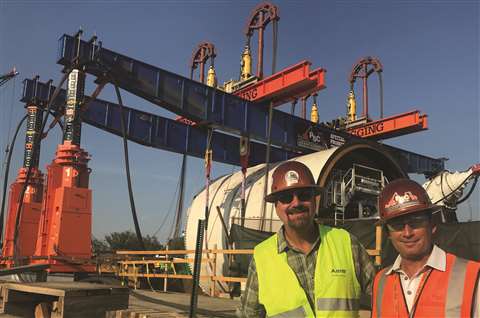 At a tunnel boring project, Kevin Johnston sees one of his company’s gantries at work.

All of that movement took a little more time than usual.

Indeed it did, but it was worth it. I graduated from high school in 1980, and from college in 1987. But I also always knew I wanted to work with my father. And by the time I finished up with college, I was working at Dawes Crane & Rigging, in lifting and rigging project management. I worked for Tom Freckmann, who was another one of my mentors and a great influence on me.

We did gantry projects around the country back then. I learned a lot about how the end-user uses the equipment we’d built.

And at night, we were building gantries – my dad and I. We’d sub out through a fab shop and use their labor, and make up the drawings, if/when I could get away from school. I started at Dawes in 1986, into 1988, so there was some overlap with J&R and Dawes, but we are really good friends with them.

We did. And even farther back, we were making hydraulic tow trucks while I was still in high school. Dad was doing it, and I was working for him. That was the first company he started, with a partner, and it was eventually purchased by Pettibone. I was drafting at the time and filling in at the shop. Then we eventually got into gantries.

What was that like – to finally be in business with your father?

It was great. He’s my best friend. The work we do, and the sense of accomplishment, is unparalleled for me – actually moving things, lifting things that people can’t comprehend, and then seeing the project through to completion. It’s such a rewarding industry. You get to see the whole thing happen. 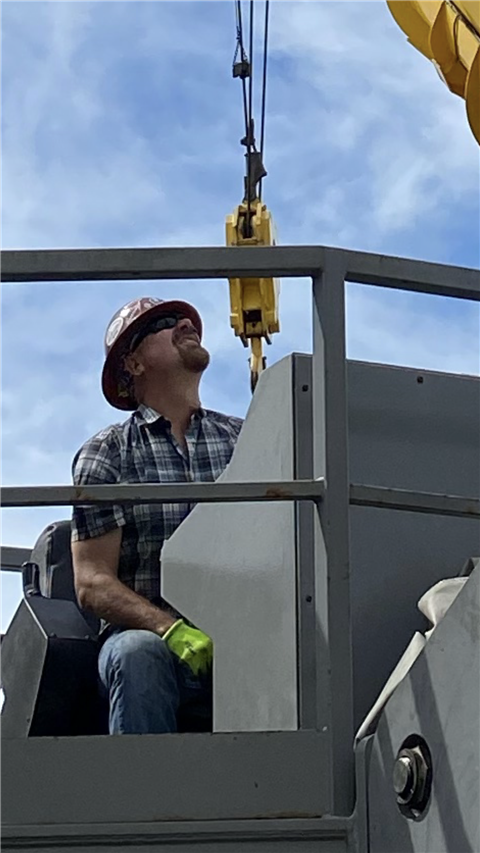 J&R had been more of a consulting company between 1984 and 1986, and my dad had some other partners. But we reorganized and incorporated in 1988. We’d already started to develop booms around gantry cylinders. Dad had a lot of design experience in booms for man-lifts, concrete pumping vehicles and cranes. We had some other designs we’d been working on as well, so it all came together.

How did those early years shake out?

Well, that field experience I had was so great for my development. Once I was in the field and saw how people used equipment and went about their jobs, it became so much clearer to me. And ultimately, our goal was to design something with a higher safety factor that was dependable and user friendly. But as far as “back in the day,” it started out with direct mailings, going to the library, pulling out phone books from different parts of the country, sending people Lift-N-Lock promotional information.

When did SC&RA come into the picture?

The first SC&RA event I went to was in 1986. There was a Crane & Rigging Workshop. Back then, anyone could go – you just paid your registration. Then we got pretty hooked on it – we registered J&R with SC&RA in 1988.

How did you your business evolve over the years, along with your clientele?

At this point, our clientele is probably fifty-fifty SC&RA members and then others outside of the Association – with a lot of traction in nuclear. Almost everything we do these days is via word of mouth. It’s a close-knit industry – word travels fast. People call us for special projects; I’ll still travel when needed nationwide to do training and set up. And some of our guys are traveling overseas similarly.

Truthfully, we worked right through it. We also do annual gantry certification, as well as consulting. And, of course, service. We were fearful at the beginning with my dad’s age (he still comes into work every day), but it all worked out. From a leadership standpoint, at the end of the day, we had no aspirations of being a big company, and we’ve held true to that. We’re a small company and we’ve always been one. Most of the people in our shop have worked for us for a long time. Including family. Being able to run lean was probably a benefit over the last year.

Leadership being what it is, when did you start getting involved with the Association in a volunteer leadership capacity?

It basically started through friendships. I was part of the C-DAC [Crane and Derrick Negotiated Rulemaking Committee] committee for one of the OSHA hearings. We ultimately wrote a paper via SC&RA. That was the first time I was really called upon to represent the industry – which would’ve been around 2003. Additional committees followed.

I was on the Safety Committee for many years. Then I became the Crane & Rigging chairman in 2006. But through all of that, I’ve developed lifelong friendships with people who have essentially become like family. The Association has been great professionally for us, but perhaps even more so on a personal level for me.

Do you make a connection between those personal relationships and your eventual route through the leadership chairs?

Yes, for sure. Although I was surprised and humbled to be asked. They brought me in because of my background and knowledge with the Crane & Rigging Group. But again, it’s an honor. The Association has evolved more in the past decade or so. I think SC&RA really has our back (members) in terms of getting involved with regulations. They’ve stepped it up in terms of advocacy.

The business advantages are without question. The education, the awareness, the support, the attention to detail. But for me, the true benefits are the people. It goes beyond customers and competition. There are so many good people here – on staff and within membership – on so many levels.

What excites you about your upcoming year as president?

Well, the Association’s agenda is my agenda. I’m here to help in every way I can. But I will say I’m excited to continue to try and get young people into our industry, and I’m also excited to extend a welcome to the concrete pumping folks. They crossover between both crane and transportation – doing very similar work – and it goes back to my father’s early days working with that industry.

Now that you’ve added a new layer of responsibility to your life for at least the next year, will you have time to unwind?

Well, I love my work. But I also enjoy my free time and my family. My oldest son, Dakota, just became a crane operator, and a father. Somehow, I’m a grandfather. And I’ve got another son, Christopher, who’s a senior in college and will be graduating in computer science. As for unwinding, I’m a big proponent of yoga. I did a lot of heavy lifting in my youth; staying flexible with yoga has made a world of difference.

But we enjoy biking, hiking, kayaking. I love to jet ski and snowmobile. We do as much as we can, when we can. And honestly, my girlfriend Denise and I like to just walk our dogs. Get those steps in. They keep me moving. I’m about to turn 60. I feel great. I want to stay moving.