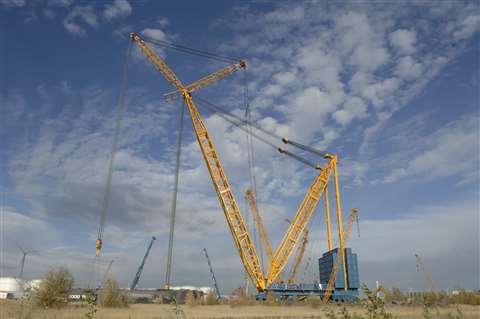 Heavy lift and transportation company Sarens has launched what it claims as the largest land-based crane in the world by size and capacity: the SGC-250 (also known as Big Carl). 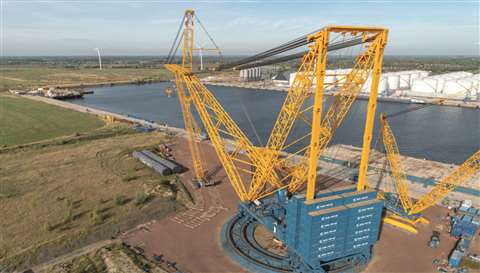 The new super heavy lift ring crane has a maximum load moment of 250,000 tonne-metres which enables it to lift 5,000 tonnes on the main boom (at a radius of 40 metres). The main boom as erected on site in Belgium for the unveiling on 9 November was 118 m. It can be extended to 160 m. 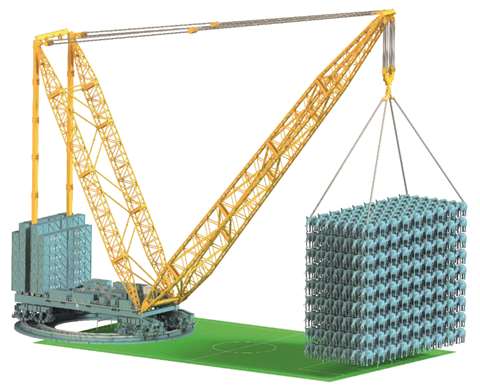 At 100 metres radius, the crane has a lifting capacity of 2,000 tonnes - the equivalent of 567 elephants

At a radius of 100 m the SGC-250 can lift 2,000 tonnes. At 165 m radius, capacity is 775 tonnes. Ground pressure remains under 25 t/m² due to the large number of wheels on the four bogies that run on the double ring beam and the spreader mats the crane uses. The SGC-250 has 128 wheels for slewing and lifting and 96 wheels for travelling. The crane requires 80 ring spreader mats, which have a total diameter of 52.8 m. The diameter of the double ring (with four rails) is 48.5 m. 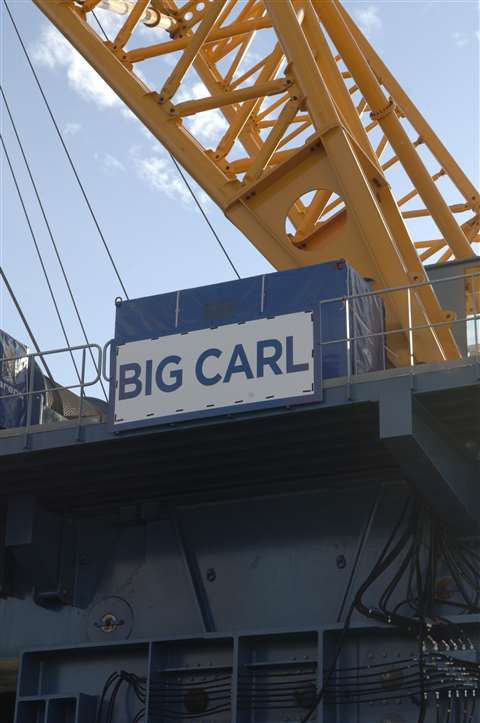 The SGC-250 has been named ‘Big Carl’ in honour of technical solutions, projects and engineering director, Carl Sarens; it follows the SGC-120, which was called ‘Big Benny’ after Sarens board member Benny Sarens, who died in 2017

The SGC-250 can operate two blocks: one on the main boom and one on the jib, which enhances its jobsite coverage. The crane’s main hook block weighs 105 tonnes and has a safe working load (SWL) of 3,200 tonnes while the jib hook weighs 58 tonnes and has a SWL of 1,600 tonnes.

According to Sarens, safety was a key focus when designing the crane. The SGC-250 has a full redundancy system for slewing and hoisting operations, in which all 12 of the 310 kW, Tier 4 compliant Caterpillar engines (contained in six power packs) are connected. The SGC-250 receives an EN ISO 13849-1 safety standard rating of ‘PL E’ – which Sarens says is the highest performance level possible.

The crane has ten winches: six are load hoisting winches (4 for the main hoist and two for the jib hook) while the other four are boom hoisting winches. Maximum line pull is 600 kN.

The crane has up to 52 counterweight containers, which are also used to transport components of the disassembled crane. Each container, when filled with locally sourced ballast, provides counterweight of 100 tonnes.

The SGC-250 was unveiled at the inland port of Ghent in Belgium. Sarens CEO, Wim Sarens, and director of technical solutions, projects and engineering, Carl Sarens, presented the crane to an audience of more than 300 Sarens guests. Sarens described the crane as being the first of the third generation of SGC. It joins the SGC-120 and SGC-140 which are out at work in the UK and Kazakhstan. Smallest in the series is the SGC-90. At the inauguration event the crane’s name, Big Carl, was unveiled.

The SCG-250 will soon be transported to the UK where it will be used on the Hinkley Point C nuclear power station construction project. Sarens has been commissioned to use the crane to lift more than 600 pieces of pre-fabricated components over about four years. 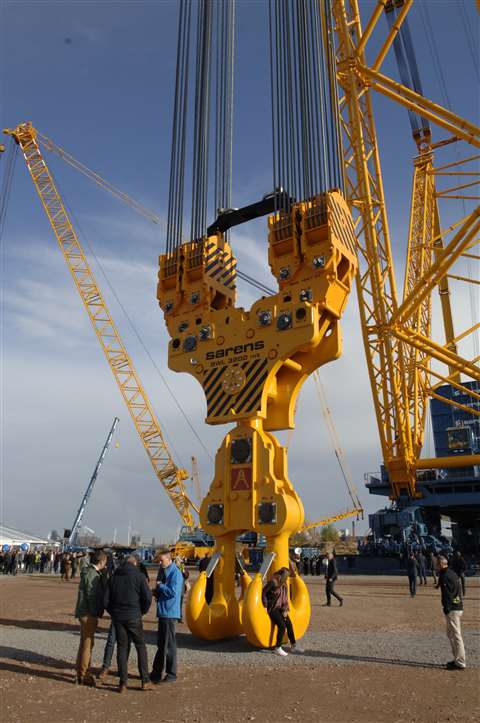 The main hook block weighs 105 tonnes and has a safe working load capacity of 3,200 tonnes 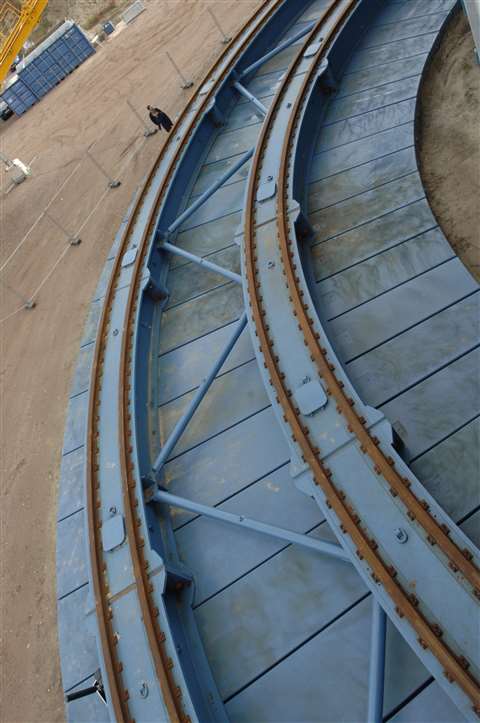 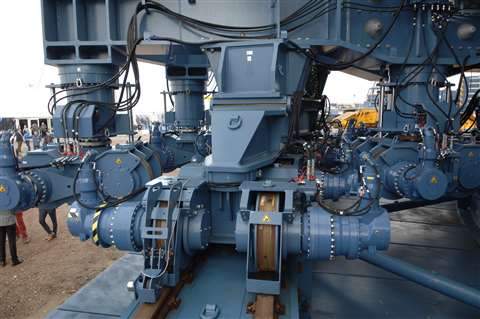 The SGC-250 can relocate fully rigged from one lifting position to another. To do this, the crane has two sets of wheels: one for slewing and one travelling