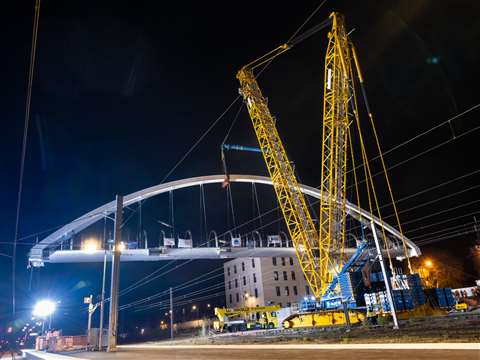 Time restrictions imposed on making the lift meant planning to avoid delays was a key factor in the night-time operation.

Koen Rooms, Sarens project manager, said he was intent on leaving nothing to chance. “The day before the operation was scheduled, we performed a test lift. It was absolutely smooth and confirmed all our calculations. This gave us the green light for the actual lift the following day, which we had to complete within a narrow time window,” Rooms explained.

Planning for the city centre operation adjacent to Hazebrouck railway station covered all aspects from setting up the crane, through to the lifting operation and on to dismantling and removal.

The 75 metre-long pedestrian bridge had to be lifted into place across eight rail tracks. High voltage power lines above the rail tracks were switched off for the duration. In one manoeuvre it was lifted and turned to meet its foundation.

“We decided to use our Tadano CC 38.650-1 for this lifting operation and equipped it with a 54 metre boom in superlift configuration. This achieves enormous lifting capacities. Moreover, thanks to its compact build, the crane is easy to set up and it can manoeuvre in even the narrowest spaces,” Koen Rooms continued.

Choosing to lift at night and at the weekend minimised disruption to traffic, both on the railway and local roads. The crane was erected on wooden mats and inspected over the four days immediately before the lift. Completing the lift took five hours.

Instead of requiring lifting lugs on the bridge, slings were attached to the crossbar. “This not only reduced the setup time but also made the lift more predictable,” Koen Rooms said.

“This operation involved the crane lifting the bridge to a height of up to 6 metres while working at a radius of 27 metres. The crane crawled over a total distance of 16 metres. A truly demanding task – which our Tadano crane mastered exceptionally well,” Rooms concluded. 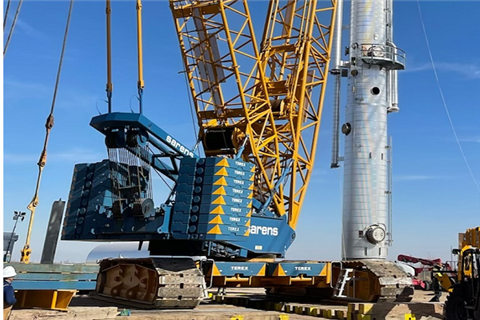 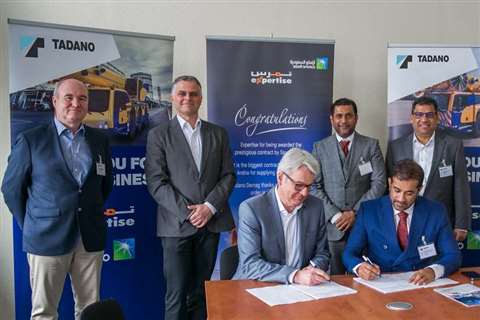