Sales down, profitability up at Cargotec 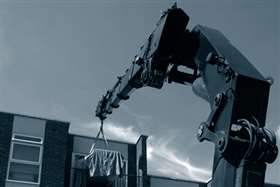 Sales at parent Carogetec’s other divisions, Kalmar and MacGregor, however, were both down, negatively impacting the performance of parent Cargotec. At port crane and handling equipment division Kalmar orders declined year-on-year. Orders in the second quarter at marine crane and deck equipment division MacGregor were higher than the first quarter but the market situation is still difficult, Mika Vehviläinen, Cargotec CEO, said.

Commenting on the results, Vehviläinen said, “The development of our business continued to be positive during the second quarter of 2017. The operating profit, excluding restructuring costs, was the highest in Cargotec’s history. The business developed particularly well at Hiab, where the orders received increased by 17 percent and profitability improved to a record high level.”

In outlook for 2017 Cargotec forecasts operating profit, excluding restructuring costs, to improve from the 2016 figure of €250.2 million.

“We are continuing to increase our efficiency as planned. During the second quarter, we announced that we are targeting €50 million savings from 2020 onwards by reducing indirect purchasing spend, streamlining business support processes and establishing Cargotec Business Services operations, Vehviläinen continued.