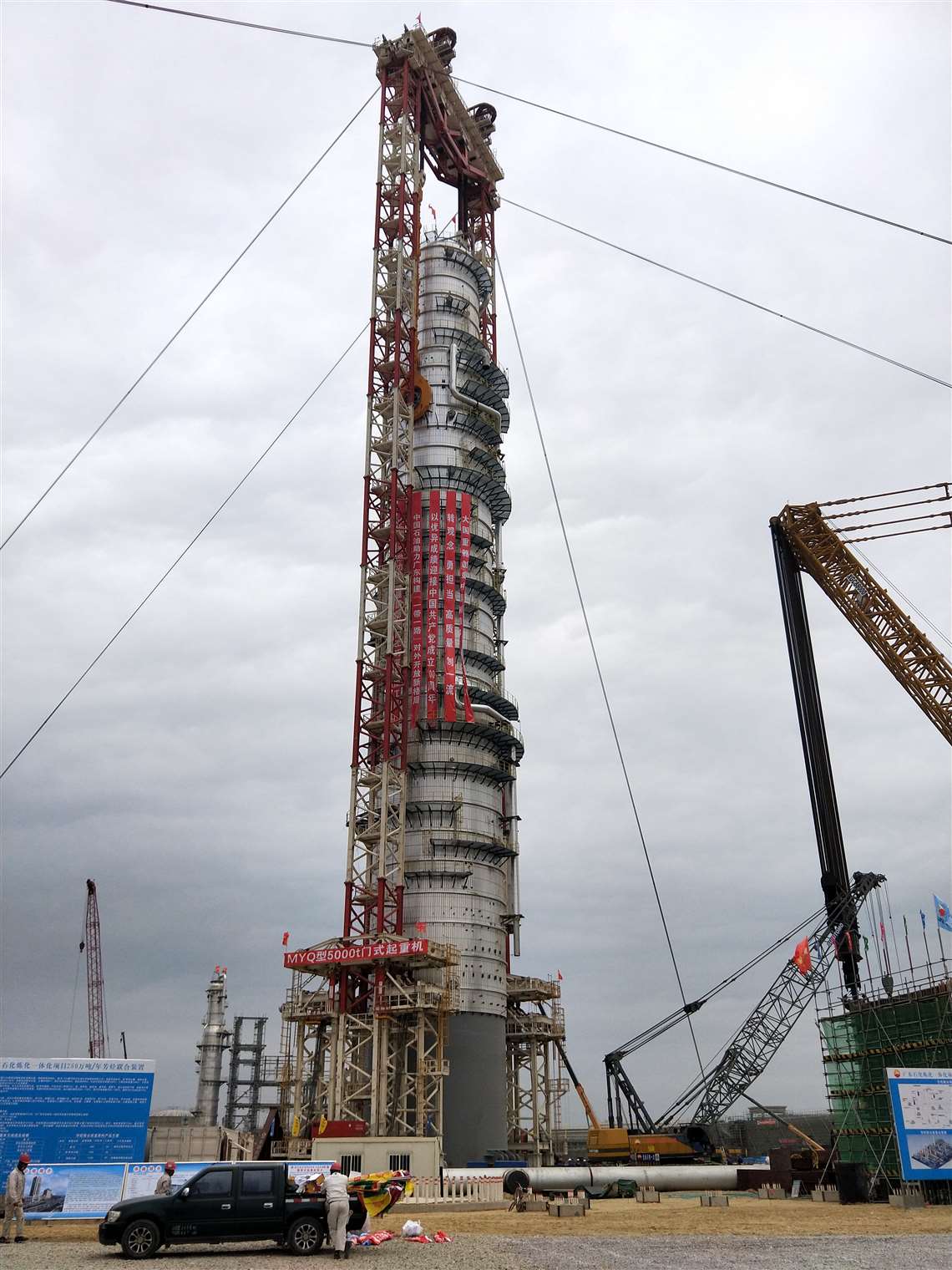 Erection of the 3,960 tonne vessel is completed. The MYQ5000 gantry lifter has a capacity of 5,000 tonnes and a maximum lifting speed of 23 metres per hour. Photo: China Petroleum First Construction Corporation

Largest of the lifts was a 4,606 tonne record vessel erection where even the tailing crane had a capacity of 4,000 tonnes. 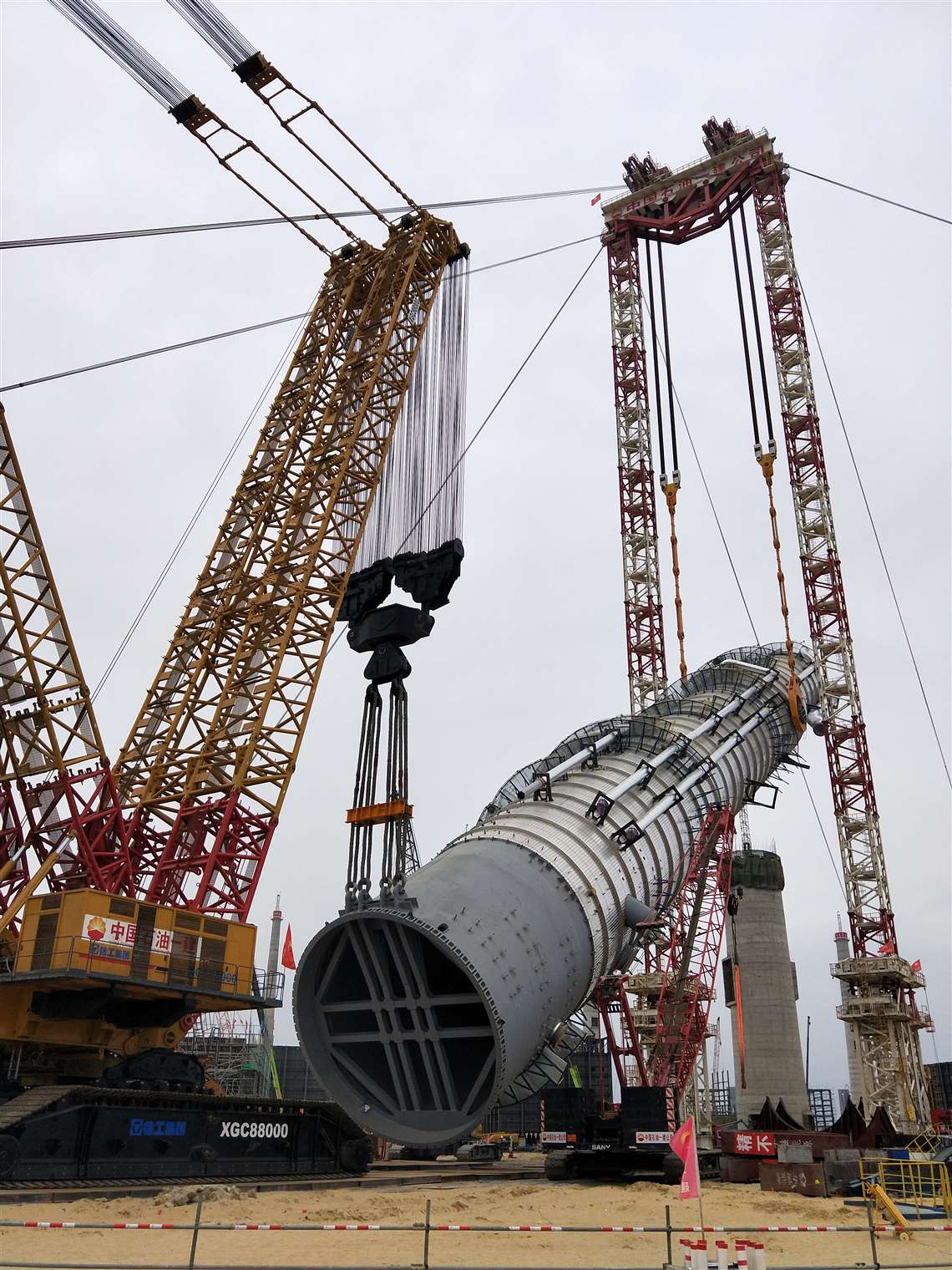 The total load on the MYQ5000 gantry and the XGC88000 crawler crane was 4,606 tonnes. Photo: China Petroleum First Construction Corporation

On 17 April 2021 it was the turn of the MYQ5000, a 5,000 tonne capacity gantry lifting system designed and built by DLT Engineering (formerly known as Dorman Long Technology) in the United Kingdom. It was supplied to the China Petroleum First Construction Corporation as the contractor for vessel supply and installation on this job.

The action took place at the site of the Refinery-Chemical Integration Project of Guangdong Refinery & Petrochemical Company Limited. The 5,000 tonne gantry was used to install the raffinate tower, Asia’s heaviest single tower. 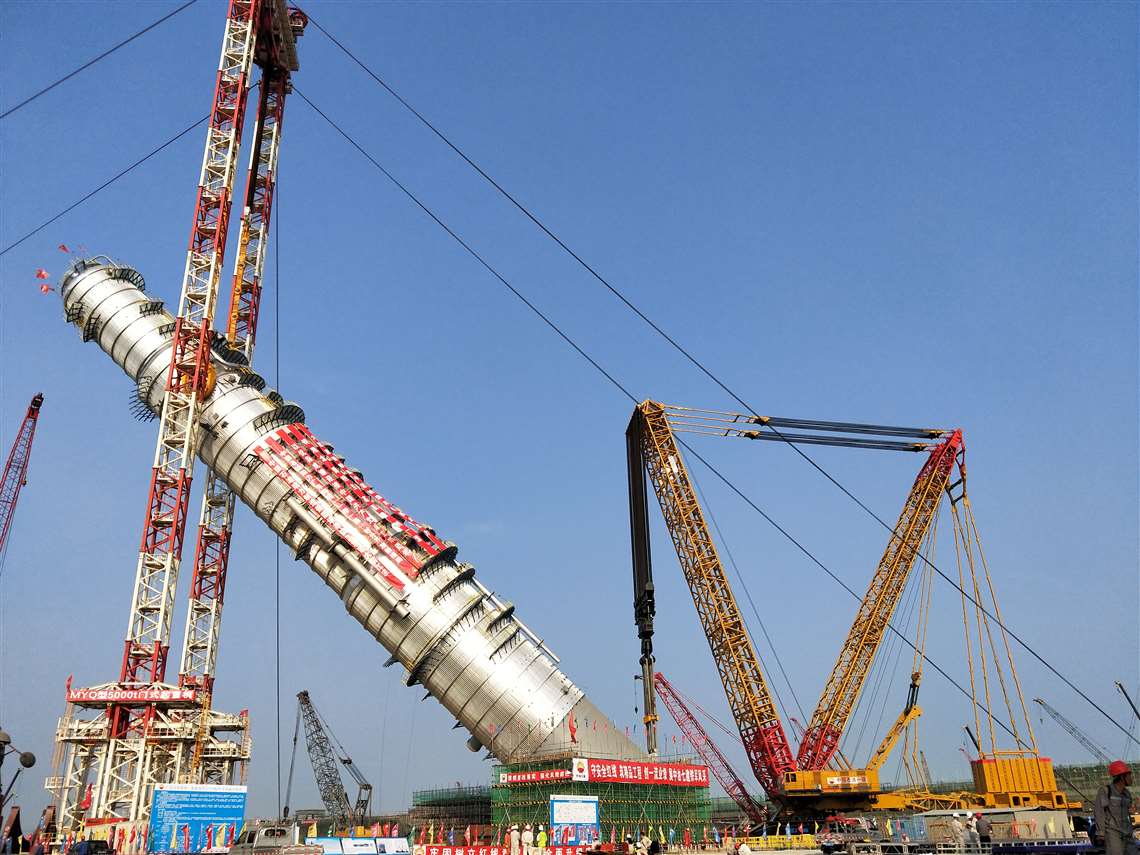 A few days before the 17 April raffinate vessel lift, on 10 April, an XGC88000 made a record lift of its own. It was used to install a 2,600 tonne hydrogenation reactor vessel and ten days ahead of schedule too. The lift, at the Shenghong refinery project construction site in Lianyungang, Jiangsu Province, was claimed as a new record, also breaking its own previous one for a 2,155 tonne lift in 2013.

XCMG reported that its XGC88000 crawler cranes have been used to lift and install more than 100 loads heavier than 1,000 tonnes, for a total lifting weight of 200,000 tonnes. The Chinese manufacturer said this model crawler cranes have participated in 26 major construction projects, including the Hengli project in Dalian, the Shenghong refinery in Lianyungang, Jubail Industrial City in Saudi Arabia and the Duqm Oil Refinery in Oman (See https://www.khl.com/news/Energy-sector-using-less/1145370.article). 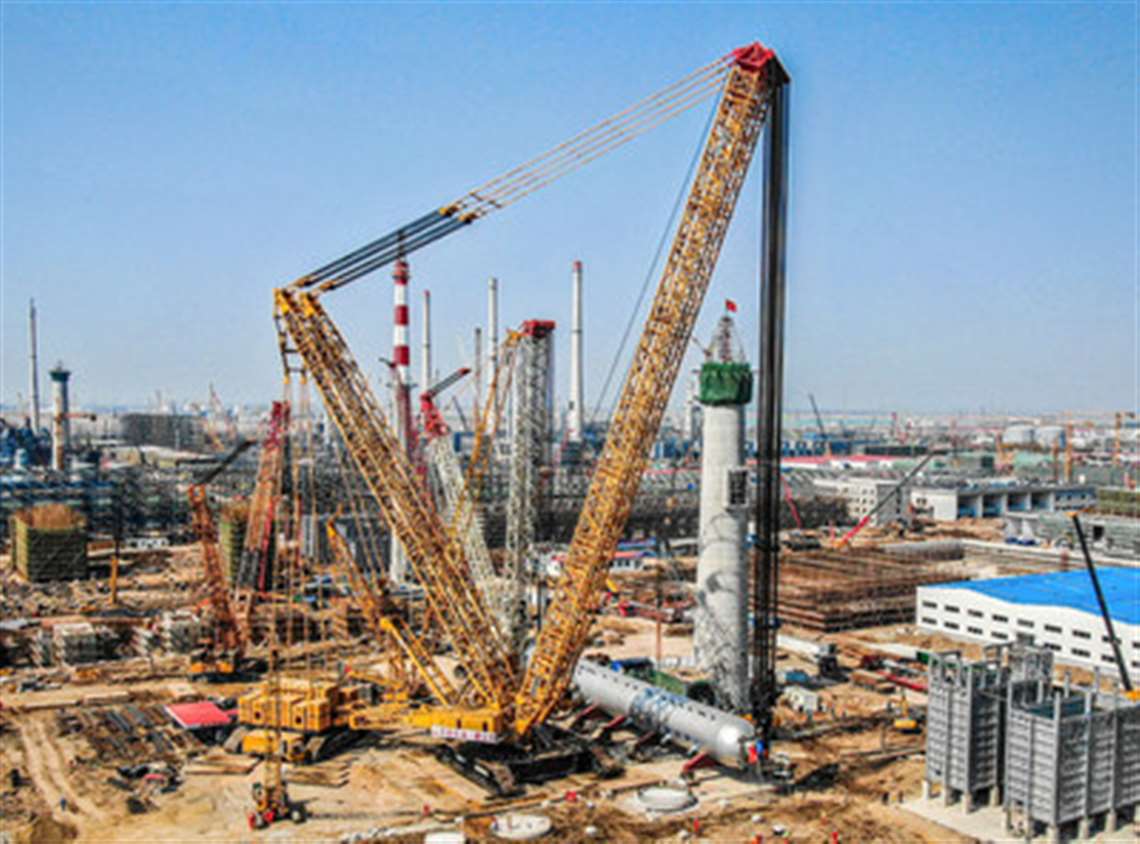 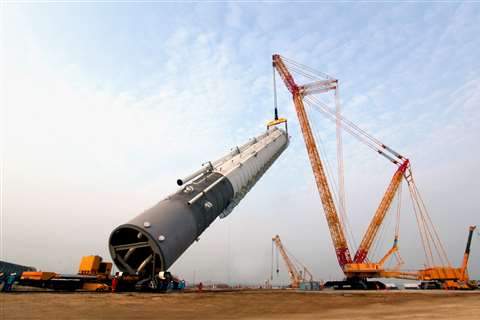 Energy sector: using less
Work in the energy sector is facing uncertain times as capital expenditure is cut. Covid-19 has had a deep negative impact on the oil and gas industry and the oil price has collapsed