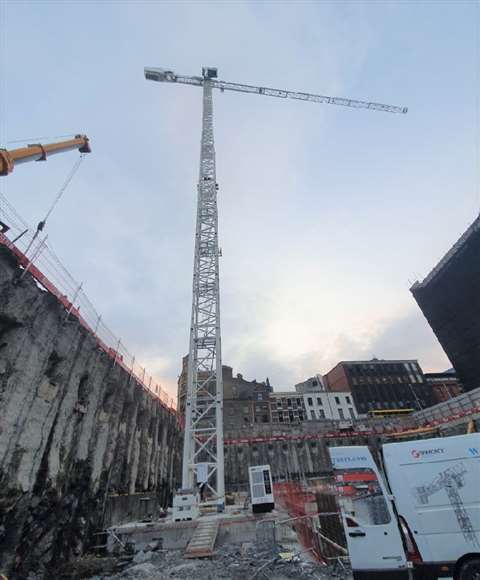 The site is a mixed-use development that will include both residential and commercial space spread over a 21 storey tower.

The four cranes planned for the jobsite by year’s end include a new MRT159, a MRT189 and a LRH174, all ordered by Irish Cranes to add to their existing fleet. The final crane planned for the site is an existing MRT213, already owned by the rental company.

The cranes rented to the project contractor, Walls Construction, were erected within one day in September 2021 and will remain onsite for approximately 22 to 24 months. The LRH174 hydraulic luffer and the MRT213 topless tower crane are scheduled for installation in the upcoming months.

“The MRT159 8 tonne deployed on College Square, currently presents a jib length of 50 metres and a height under hook of 44 metres that will be later climbed to the final freestanding height of 99 metres,” said Robert Coffey, director of Irish Cranes.

“The MRT189 10 tonne city crane with a jib length of 54 metres has already reached the final height of 78 metres. Chosen for meeting customer needs in terms of fast and safe assembly, as well as large load capacity, the cranes will be lifting rebar, shuttering, and skipping concrete,”

The machines are all equipped with the technologies to ensure remote crane assistance and monitoring, and are fitted with the Raimondi Deluxe R16 Crane Cabin. As for previous jobsites handled by Walls Construction, all the cranes supplied are painted in bespoke client colours.

These latest purchases mean that 60 out of 70 cranes in Irish Cranes fleet are Raimondi models. 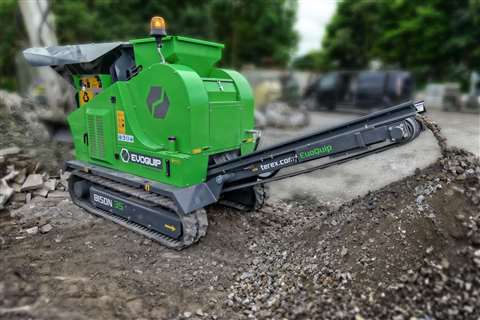 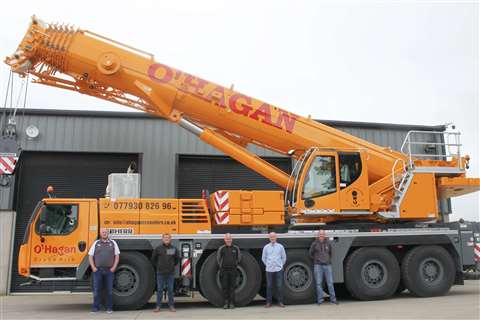 Liebherr’s double first in Ireland
Liebherr marks two milestones with the first new crane for O’Hagan which is also the first LTM 1110-5.1 in Ireland