Italian tower crane manufacturer Raimondi Cranes will display three tower cranes at Bauma 2019, two of which are new to the market, it says. The two new cranes comprise a luffing jib crane and a flat-top tower crane. These are the only details revealed for now although more details will be released soon, it stated.

These cranes will be on show alongside Raimondi’s first-ever luffing hydraulic crane, the LRH174, which was launched in 2018. The LRH174, a ten tonne hydraulic luffer, has a tip load of 2.225 tonnes in Ultra-lift mode with two falls, said Raimondi. The crane can also work with one fall, which the company said allows for a maximum capacity of five tonnes and a tip load of 2.476 tonnes.

“We are pleased to present the LRH174 at Bauma this year. While there are several LRH174s at work in both England and in Australia, we haven’t yet had the opportunity to properly acquaint our global customers with Raimondi’s premier hydraulic luffer,” said Mauro Masetti, chief commercial officer at Raimondi. “We felt that showing this product with its reduced out of service radius of only 10 metres was the ideal complement to our two newest products in the line-up which have never before been shown to the public.”

At Bauma Raimondi will be at stand number FS 1102/2 in the outdoor area. 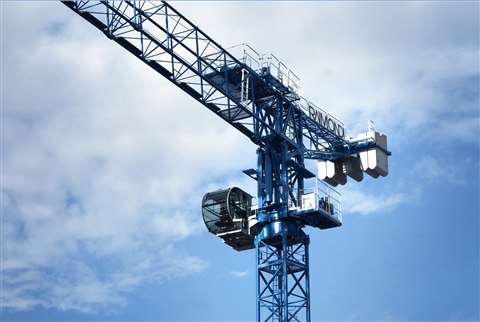