Raimondi Cranes has unveiled the T187 flat top tower crane at Bauma 2022, which is currently taking place in Munich, Germany.

The crane, which will be added to the new Class 110 range from the manufacturer along with eight further machines, comes with a new design and development approach to its tower crane manufacturing system. 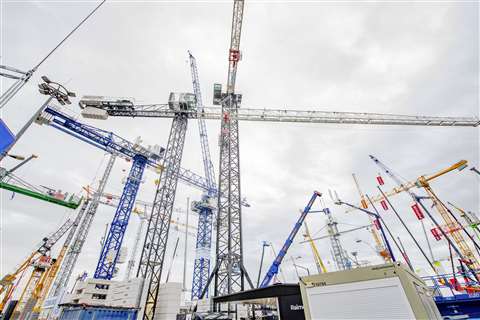 The T187 is an ideal solution for the rental sector according to Raimondi. (Photo: Raimondi)

The T187 has a 67.5 metre jib length, a tip load of 1.61 tonnes in UltraLift and comes equipped with Raimondi’s new ConCore control system.

The company says that the modularity of its mechanical and carpentry parts and the interchangeability of the jib elements means mass production of the series has been made easier.

Eng. Diego Borgna, CEO of Raimondi Cranes, said, “The T187 represents a big step forward for Raimondi as it has been conceptualised and designed as part of a full range of cranes – Class 110 – and not as a standalone machine. This approach has significant implications on both technical and operational levels.”

The lifting capabilities of the T187, which is available in 8 and 10 tonnes respectively, along with a variety of configuration options, makes it an ideal solution for the rental sector, according to the company.

Cristian Badin, commercial director at Raimondi Cranes, said, “With best-in-class specifications in terms of lifting capacities, speed, and freestanding height, the T187 — as well as the whole Class 110 — was designed with rental companies in mind.”

The newly designed towers have been reinforced, allowing for greater freestanding heights. The T187 is suited for the construction of medium-to-high buildings due to its maximum lifting speed of 115 metres per minute in the 37 kilowatt winch version, and its 620 metre drum capacity.

All new winches are also equipped with the Down Over Speed (DOS) system, which allows for a substantial increase in intermediate speeds on descents. 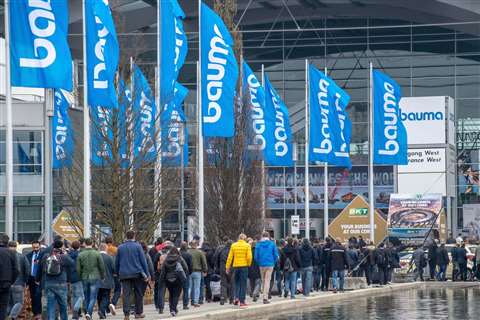 Bauma 2022: rolling news on the Munich exhibition
KHL’s rolling news story brings you the latest information about the show 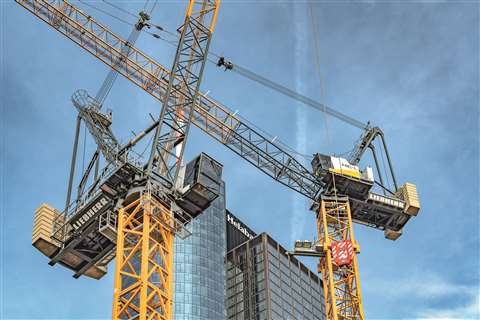