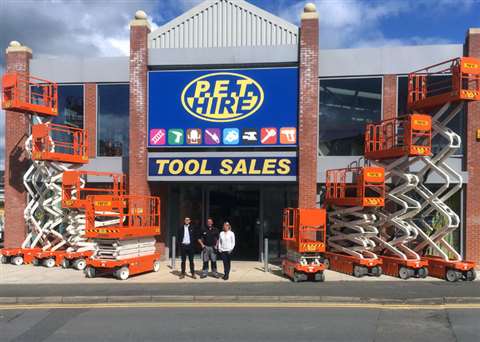 P.E.T. Hire moved to a purpose-built 2,000sqm rental depot in 2015, and were named ‘runner-up’ in the Executive Hire Show’s Passionate Hirer Awards in 2016, with the judges commending them on their impressive and well thought-out premises, their continued focus on the hire industry and their loyal and growing customer base.

The order included six Snorkel S3219E, four Snorkel S3226E, and one Snorkel S4732E electric scissor lifts, which were delivered in late April and have already been deployed in their access hire fleet.