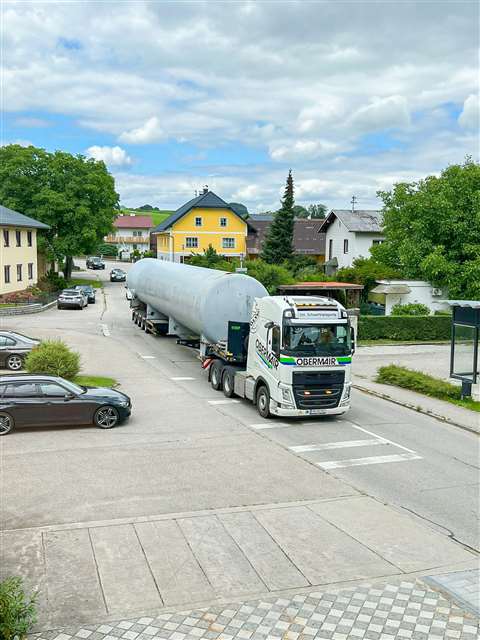 An overall length of 30 metres was a challenge in some villages of northern Austria. Photo: Faymonville

Many challenges had to be overcome when Austrian specialist Obermair hauled a large tank through northern Austria.

The tank started its journey in Thomasroith before which it was difficult to determine the exact route to its destination in Lambach. “The total vehicle length of 30 metres made it demanding, because some narrow local crossings had to be mastered in the course of the route,” said company manager Alexander Obermair.

The tank was 22 metres long, 3 metres in diameter and weighed 26 tonnes. Obermair made extensive use of the 4-axle Faymonville MultiMax low loader trailer’s hydraulically steered independent suspension. It was an imposing sight as the transport combination made its way 30 kilometres through northern Austria.

“In general, what we appreciate about Faymonville vehicles is the wide range of different trailers,” said Obermair. 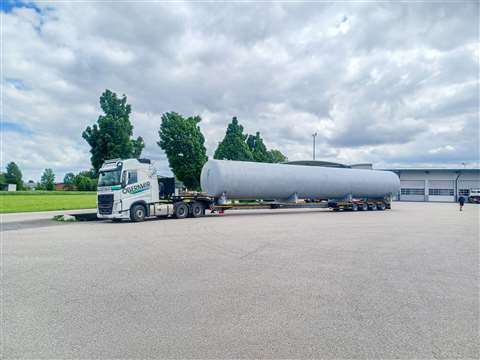