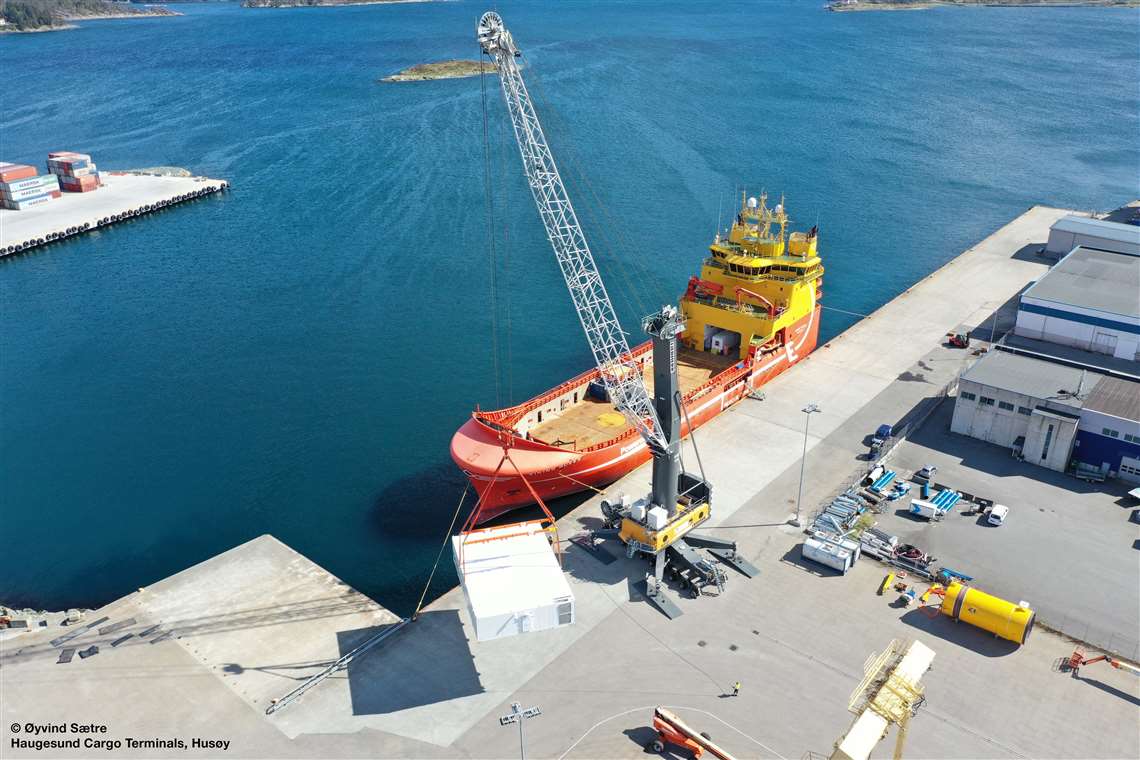 The additional LHM 550 will enable the port to offer tandem lifts of up to 308 tonnes.

The port of Karmsund Havn IKS in the south of Norway is to add a second Liebherr harbour crane, in order to expand its lifting services.

Karmsund recently ordered an additional LHM 550 for its Haugesund Cargo Terminal in Husøy. Said to be one of the largest ports in the region, the decision to invest in the model comes just two years after the port added its first LHM 550.

The new mobile harbour crane, which is due to be delivered later this month, has a maximum lifting capacity of 154 tonnes and an outreach of 54 metres.

The electrically powered model will work alongside Karmsund’s existing LHM 550 and will allow the port to offer tandem lifts of up to 308 tonnes.

Tore Gautesen, Karmsund’s port director, said, “We have been very satisfied with our LHM 550, and with our collaboration with Liebherr.

“We have had far higher activity on the first crane than expected. Investing in a second LHM 550 after only 2 years of operation with the first one, says a lot about the development at the terminal, and also about the expectations for further growth.”

The port ordered the crane from Liebherr Maritime in Rostock, Germany. It will help the maritime facility accommodate the growing demands of Europe’s cargo and offshore wind industries.

According to Germany-based Liebherr, the mobile crane will operate across the entire deck at Husøy and will be equipped to handle containers, bulk cargo and project loads.

Gautesen said, “The investment in crane number two will also give us great opportunities to position the terminal when handling modules for offshore wind turbines.”