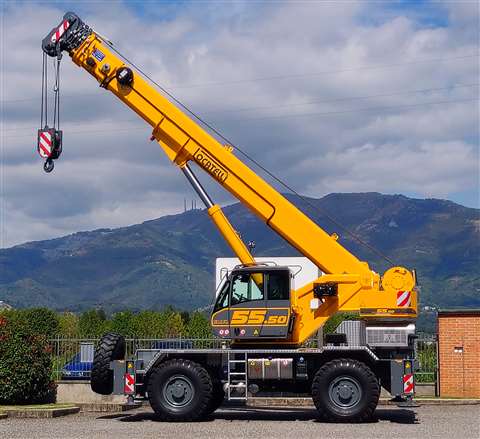 Topping the RT crane range will be a new 110 tonne capacity model. It is a heavy duty model due in the first quarter of 2023. The GRIL 110.100 “big foot” boasts the best lifting charts in class, longest boom and is the fastest driving, Locatelli said.

Coming sooner, by the end of 2022, is a new model in the mid-size, medium duty, RT range. The 40 tonne capacity GRIL 40.35 borrows some main components from the larger GRIL 52.47. One is the new Locatronic 4.0 operating system, also the LMI System with 10 inch (104 mm) screen and the new generation cabin. Its boom is 32.1 metres and adding the double jib extension gives a maximum working height of 50 metres. Power is from a 4 cylinder diesel, either to Tier IIIA or Stage V engine exhaust emission regulation.

Following on from the company’s introduction of Stage V and Euro 6 engines on its RTs and truck mounted cranes, it is developing an electric drive system for the upper works, to allow operation of the crane without needing to run a combustion engine.

A new operator cabin is in final development, the company said. All crane models already have electro-hydraulic joysticks for precise movements, an LMI with 10 inch (104 mm) HD display. It also has the new Locatronic 4.0 and electric air conditioning. Part of the spec for the new cabin will be new soft-touch switches and a second operating display. 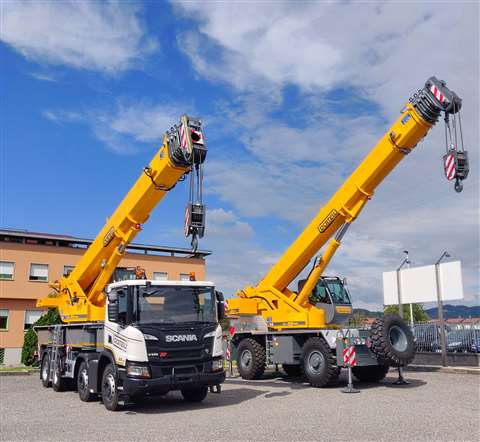 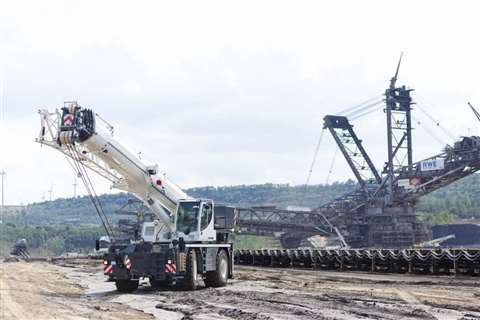 How these companies are leading a resurgence for RT cranes
The range of projects that use rough terrain cranes is vast. With new models recently launched and the market showing signs of resurgence, these cranes are ready for action. Niamh Marriott reports