The new engine range is the result of a co-operation agreement between Liebherr and Kamaz, which began in March 2014. 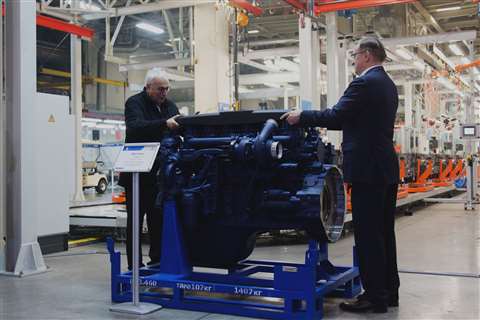 The new diesel engines will have power outputs ranging between 300 to 520 kW (400 to 700 hp) and will be made at Kamaz’s engine production site. To facilitate production the site was extensively adapted, Liebherr said. It included the installation of production facilities for the machining of cylinder blocks and heads, as well as a new assembly line with testing and painting areas.

According to Liebherr, while developing the new range, special attention was paid to the reduction of fuel consumption, the optimisation of operational weight, the improvement of reliability, and the extension of service lifetime.

The resulting diesel engine range has a capacity of 12 litres and is a common rail design with a Liebherr engine control unit (ECU). The engines meet Euro V emission standards and will comply with Euro VI in the future, Liebherr said. In addition, service intervals have been increased to 150,000 km.

The engines will be installed in Kamaz’s new generation of K5 trucks which are planned for production in 2019.

“Our companies have been cooperating for many years, starting from the moment of the development of production facilities for Kamaz gearboxes,” said Willi Liebherr, Liebherr Group president. “Therefore, it is a particular pleasure to be present at the birth of a new engine, which is the direct result of the mutual hard work of the developers and engineers. The impressive, cutting-edge production and assembly line has been constructed exclusively for the new engine series. I would like to express special gratitude to all Liebherr and Kamaz workers, who have made this project possible, and wish them success with the new engine.”

“In order to produce the most advanced range of Kamaz vehicles an innovative approach behind our projects was required,” said Kamaz general director, Sergey Kogogin. “We are striving to optimise our product for customers and to enter new markets. The new powerful and reliable engines, which are based on advanced global technologies and created in collaboration with our partner Liebherr, who has extensive experience in development and manufacturing of engines for difficult climatic and operational conditions, will allow us to significantly improve the technical and consumer-oriented characteristics of vehicles and to build trucks that are safer for people and the environment.” 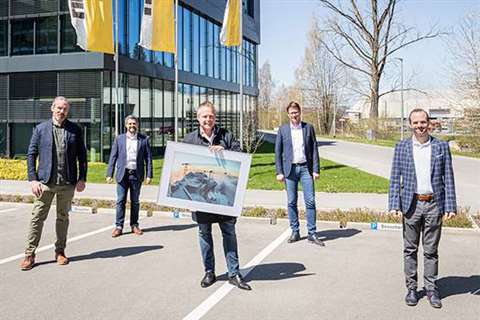