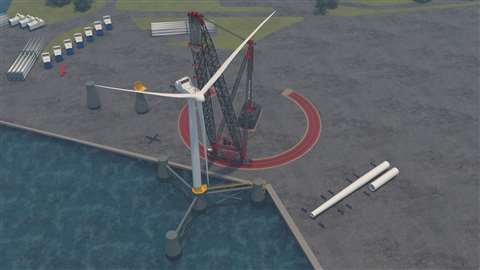 Offshore wind energy will be a primary target market for the new giant. The Netherlands-headquartered international heavy lift and transport specialist said it will allow offshore wind projects to be completed under entirely electric power, even in the absence of a suitable grid connection.

Wind turbines and their foundations are still getting larger, especially offshore, so moving and installing the components requires bigger cranes. Fixed lower jackets and monopile foundations often weigh as much as 3,000 tonnes. Towers of the next generation 15 and 20 MW turbines will be taller than 150 metres.

The SK6,000 has a maximum radius of 144 metres and it will be able to lift the 3,000 tonne jackets at the quayside in locations where they cannot be loaded out on self propelled modular transporter. It will also be capable of installing complete towers and nacelles of 20 MW turbines, Mammoet said.

Mammoet said the SK6,000 will be the largest and strongest land-based crane in the market. It follows the modular design of other smaller SK series cranes already in the fleet. “The flexibility and scalability of the SK design enables Mammoet to grow in real-time with the changing needs of its customers, thereby futureproofing developments and advancements in the segment,” Mammoet said.

Also like the other super heavy lifters in the Mammoet fleet, it is containerised, making it easier to transport around the world. 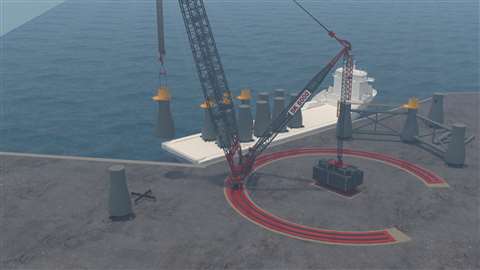 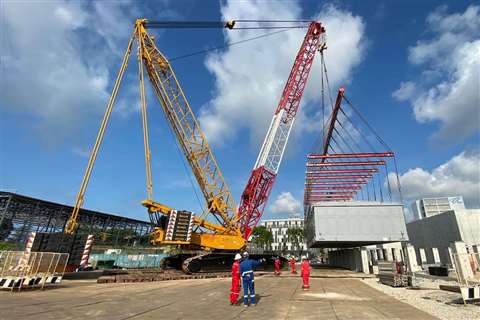 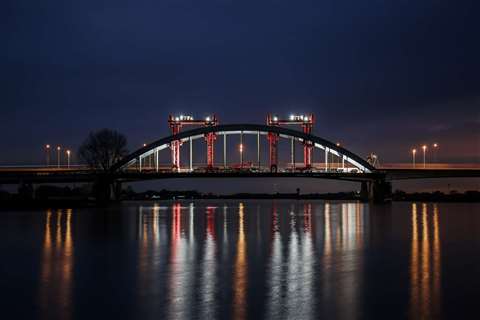