Testing is complete on the 2,500 tonne capacity class Mammoet Focus30 crane and it is ready for its first project, which will be in the UK. 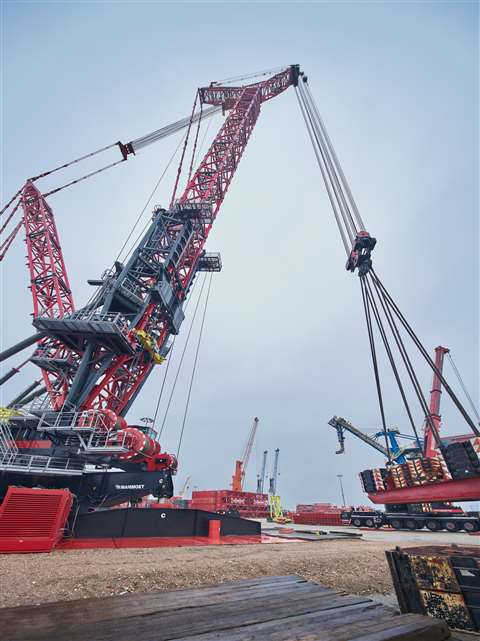 Lloyd’s Register, an independent surveyor, verified the testing, which was done in two phases. First, the crane was assembled in its SFSL fixed jib configuration and tested with 125 percent of its maximum recommended load. Following re-assembly, this time in SSL configuration with 90 metre boom and no jib, it was tested again with 1,250 tonnes. Testing in SFSL configuration lasted about a week and in SSL configuration lit was three days. In both phases test were done for side load, swing load and maximum radius.

Mammoet said the crane complies with the EN 13000 standard for mobile cranes, and with FEM 5.004 for the design of steel structures in general use.

For an all round visual demo see: https://mammoet-focus.nl 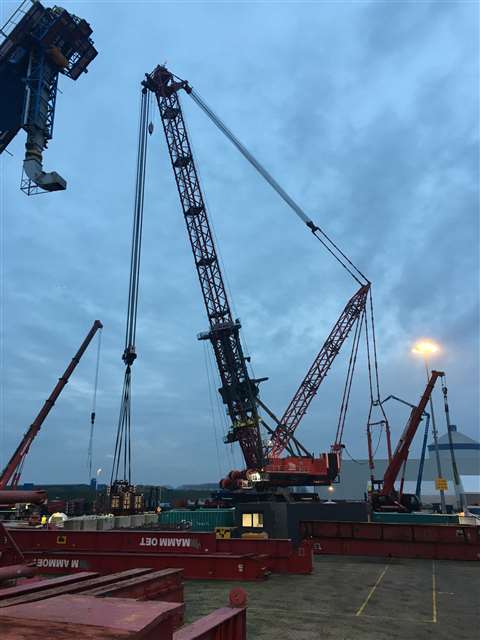