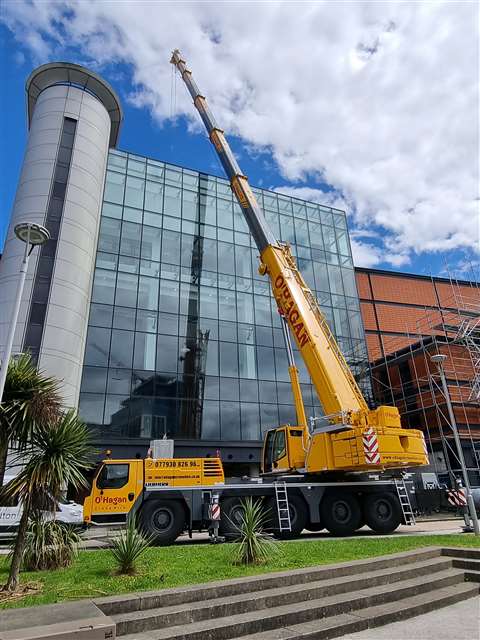 The first Liebherr LTM 1110-5.1 to be sold in Ireland has been delivered to O’Hagan Crane Hire in a deal that also sees the company invest in its first brand-new machine.

Headquartered in Magherafelt, Northern Ireland, O’Hagan already had six Liebherrs in the fleet ranging in capacity from 35 to 250 tonnes.

Specification on the new 110 tonne capacity wheeled mobile telescopic crane includes a 60 metre main boom, lattice bi-fold swingaway extension, Variobase plus and Eco Mode, all powered by an EU Stage V diesel engine. The five axle crane carries all 29 tonnes of ballast at an axle loading of 16 tonnes and it also has a full radio remote control system.

O’Hagan Crane Hire was formed in 2006 by the three O’Hagan brothers – Tony, Nigel and Philip. Director Nigel O’Hagan commented, “We look forward to doing future business with Liebherr as we expand our client base in both Northern and Southern Ireland.” 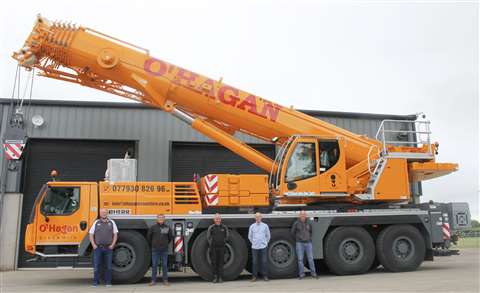 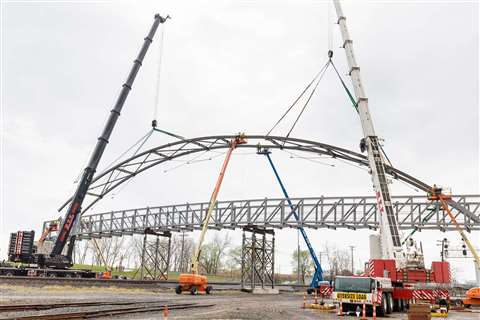 Liebherr cranes critical for bridge pick
The LTM 1450-8.1 and the LTM 1250-6.1 wheeled mobile telescopic cranes were used for the construction of a new bridge

ALL engine shop maximizes uptime
The ALL Family of Companies has developed multiple ways to help ensure that its cranes perform at peak efficiency.
Long Reads