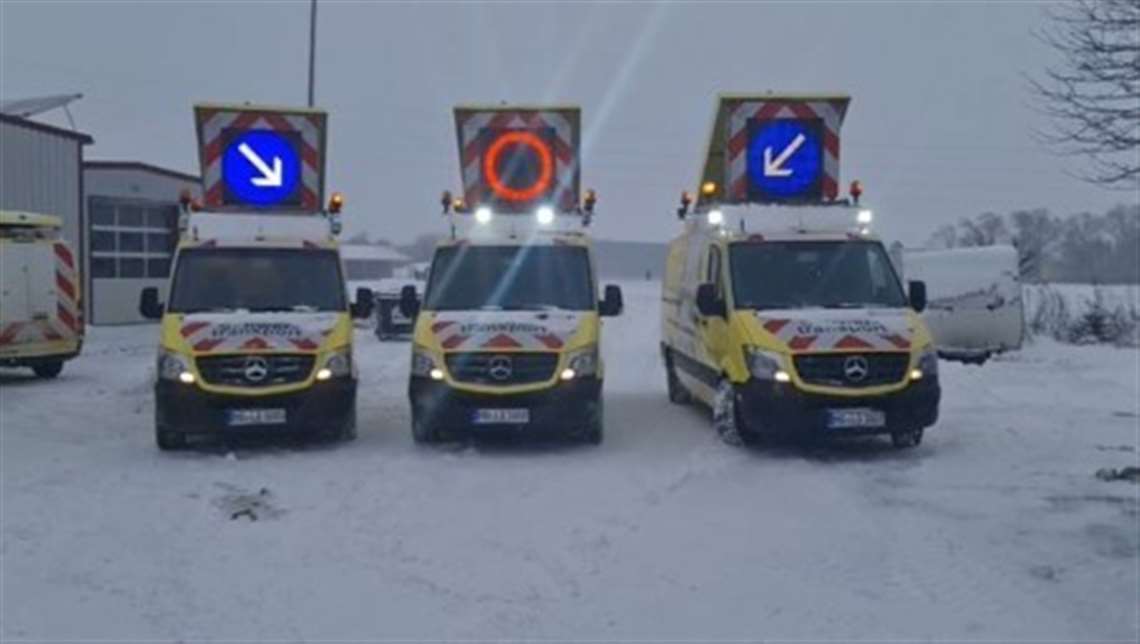 The new Mercedes vans with the message signalling system are used on jobs with previously studied routes, Laso said. With prior authorisation from the authorities, these vehicles can replace police escort vehicles on some routes, the company said.