Korean and Kuwaiti companies move together 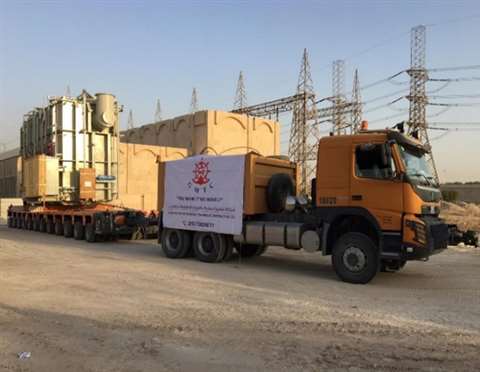 Kuwait-headquartered Gulf Maritime and Hansaeng Express from Korea worked together to deliver a heavy and oversize electrical transformer for the Ministry of Electricity in Kuwait.

The shipment was a 173 tonne transformer measuring 10 x 4.6 x 5.2 metres. Both companies are members of the Worldwide Project Consortium which described the project as very challenging. The transformer was received at Shuaiba port, transported 125 km and placed onto its foundation.

It made the journey on a 12 axle modular trailer. The dimensions of the load meant a longer and less direct route had to be devised to avoid low bridges. In addition, road dividers had to be removed and the transport had to travel against the traffic for some sections of the route.

For one section of the journey some sandy ground on a service road had to be compacted and levelled to stop the trailer from getting stuck.

A special permit and a police escort were required. Pilot vehicles escorted the main trailer and an accompanying low bed trailer carried a grader and forklift truck used to remove road obstacles as they went along.

On arrival at the final site, the transformer was stooled down before the final jacking and sliding operation. It was completed in extreme hot weather of more than 50 degrees Celsius. 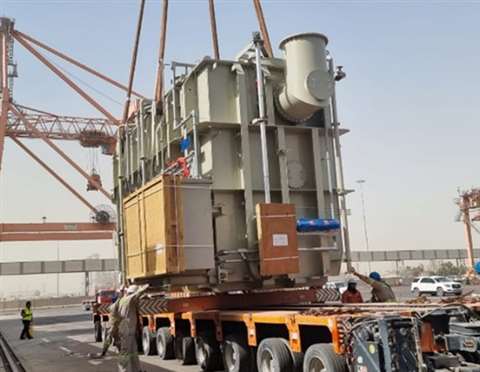 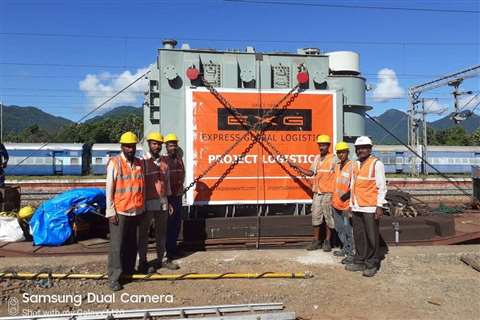 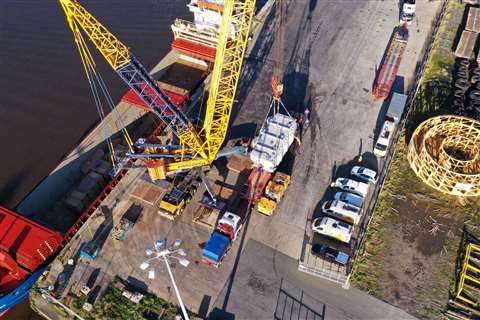