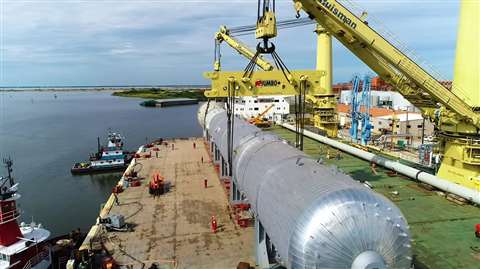 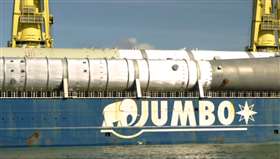 To transport the load, Jumbo used its Fairmaster heavy load carrier vessel. It is a K-class vessel, fitted with two 1,500 t cranes with a combined lifting capacity of 3,000 t. Jumbo says it is the biggest heavy-lift vessel in its class, and that the cranes give a larger outreach than vessels with less lifting capacity.

A video of the job can be seen at: www.youtube.com/watch?v=-T9NRKWlz_4&feature=youtu.be