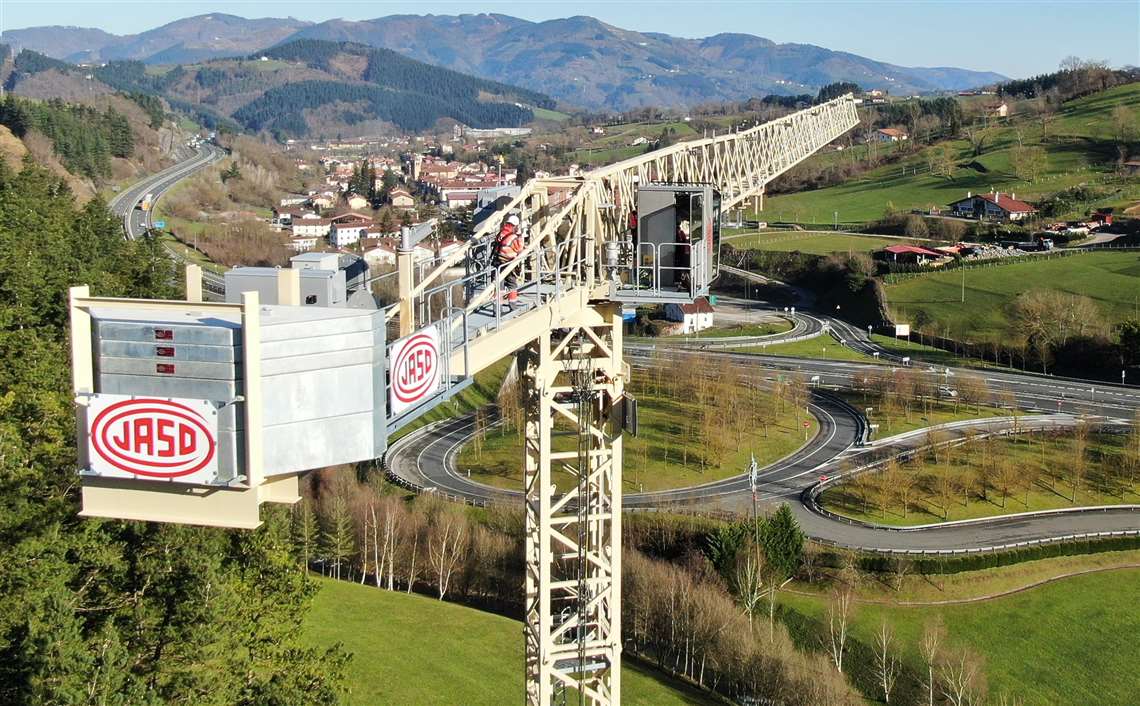 Spanish manufacturer Jaso has added flat top tower cranes to its model line up for the first time. The move was made in response to customer demand.

First to join the range are the J200.12 and J200.10 with 12 and 10 tonnes capacity, respectively. At the time of writing in early March the J200.12 had finished prototype testing and final adjustments were ongoing. Tip loads around 1.9 tonnes and 1.7 tonnes at the maximum 67.5 metre radius were expected.

Booms on the two new models start at 30 metres and can be increased in 2.5 metre increments. Swing radius with the full boom is 14.9 metres while for booms of 52.5 metres and lower, the swing radius can be reduced to 12.9 metres. Counter weight slabs are the lay flat type, the same as the weights of the base ballast, Jaso said.

Both models use the standard 1.75 x 1.75 metre tower system with 12, 6 and 3 metre long sections. Maximum free standing height is 50.7 metres. To increase it Jaso is developing the crane to fit the 2.16 metre tower system for hook heights of more than 73 metres. 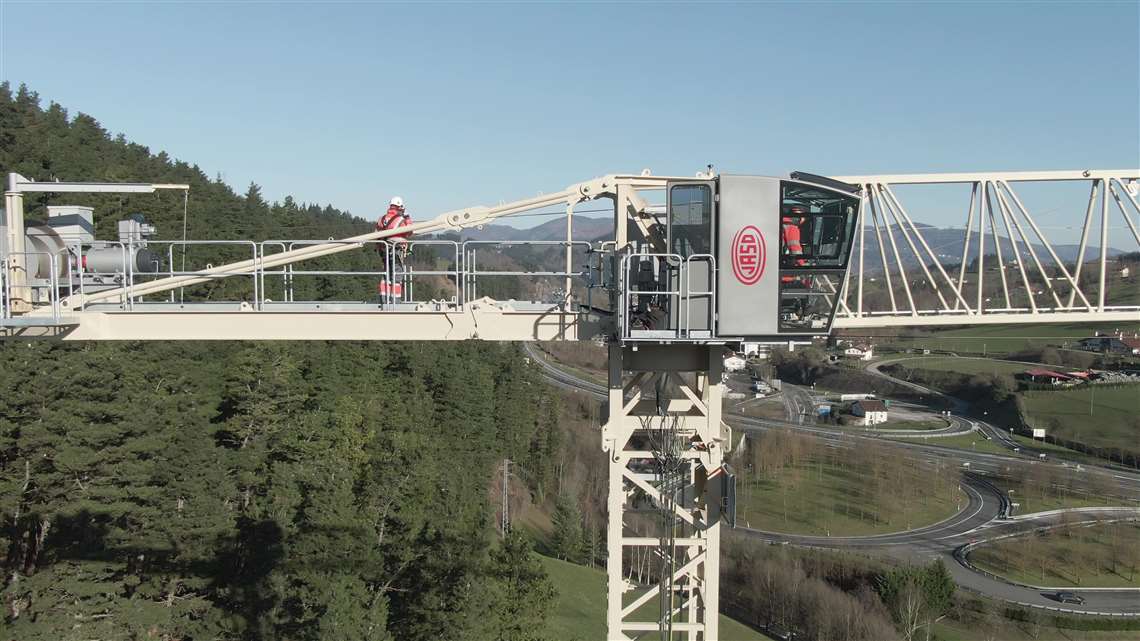 Jaso’s first flat top tower crane, the J200.12, after final testing at the factory in Spain

For easier assembly the heaviest component is the slewing platform with tower head at 6.7 tonnes. Combining these two reduces the number of transport units.

New with the crane is the Eco mode system. In normal mode the crane runs on full power, while switching to Eco-mode uses 75 per cent of the power. Super Eco mode works with 50 % of the normal power consumption. It allows a crane with a bigger hoist motor to also work on less current. This helps on sites with restricted power supply.

Eco and Super Eco modes reduce the hoist speed but only when hoisting up. Lowering the hook is at same speed as when working in normal mode.

Both new flat top models are expected to sell in Europe but also Australia, Asia, the Middle East, North and South America, where it is a good size for timber construction projects.

What has precipitated the Spanish tower crane manufacturer to now build flat top cranes? It already has a programme underway to renew the T series range of conventional saddle jib tower cranes. This type of crane with a cat head is structurally efficient, has light components and a good tip load, Jaso said.

The manufacturer is also one of relatively few proponents of the low top tower crane design, which combines benefits of conventional and flat top designs. Now demand from customers has been sufficient for Jaso to embark on development of flat top tower cranes. The manufacturer expects to continue with the T series and low top models alongside the new flat tops.

The new flat tops fit in a capacity class around 200 tonne-metres where this size of 10 and 12 tonne cranes already represent more than 50 % of the market and that is still increasing. At this size the benefits of a flat top design outweigh those of other types. Beyond the 350 tonne-metre point are the low top H-series models which carry advantages over a flat top design, the company said.

Between city and low top towers

These new models can cover the market between the city crane and the low top series. Typically, for light weight construction with smaller precast concrete modules up to 10 or 12 tonnes or for pouring concrete.

Key features include versatility for multiple applications, optimisation for component weight, plus quick and easy assembly in congested urban areas. A wide range of performance characteristics are available from micro speed and proportional slew movements to high operating speed and minimal power consumption. 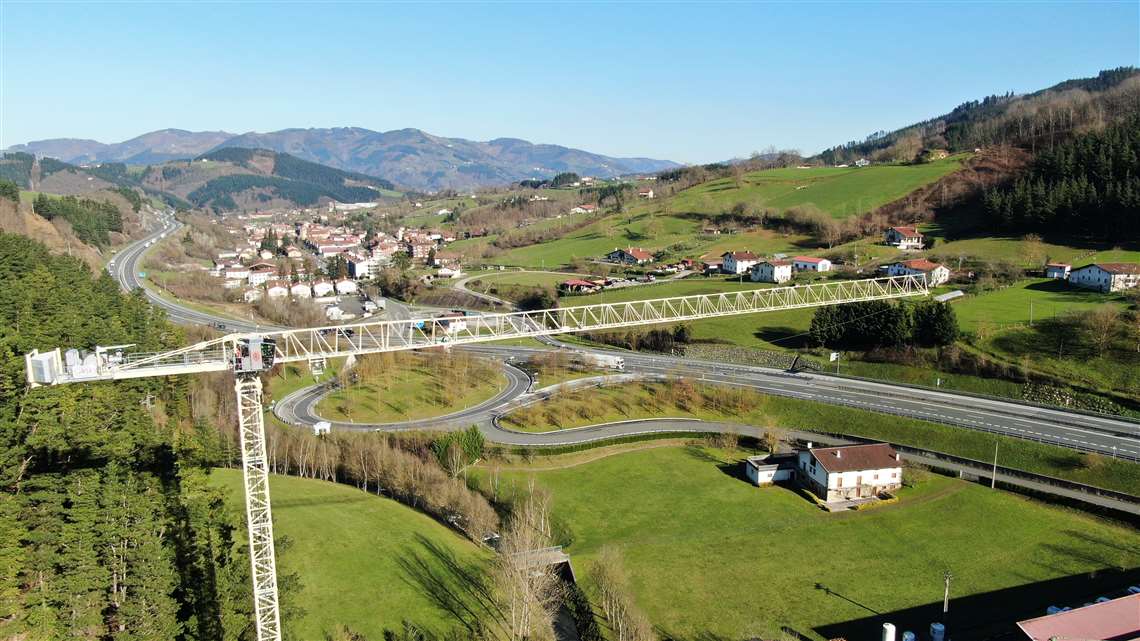 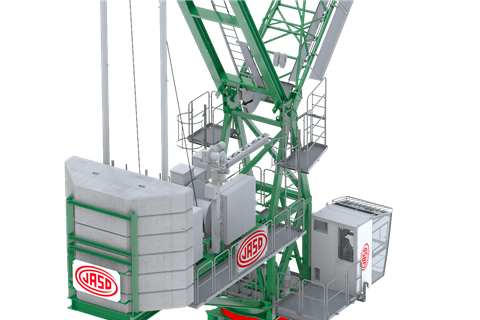 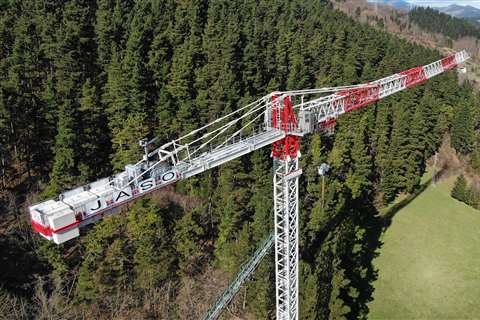