Austrian manufacturer Palfinger will deliver 60 of its new PF120-4 fixed boom cranes to the Moray West Offshore Wind Farm in Scotland and one PTM12000 jetty crane to its Operations & Maintenance (O&M) base in 2023.

The Moray West offshore wind farm is located in the outer Moray Firth off Inverness in Scotland.

The company’s redesigned PF120-4 fixed boom cranes will be used to lift materials and tools from the Crew Transfer Vessel (CTV) onto the Transition Piece (TP) of the wind turbines.

The cranes are scheduled to be delivered in 2023 in cooperation with Outreach Offshore.

In Vietnam, 26 of Palfinger Marine’s fixed boom cranes are being put to work at two intertidal wind farms, Hiep Thanh and Binh Dai as the company expands into the Vietnamese wind market.

Palfinger will also deliver a PTM12000 jetty crane to Buckie Harbour, a commercial port chosen as the long-term Operations & Maintenance (O&M) base and will be used to support the construction phase of the Moray West offshore wind farm.

The large-scale project is being developed by Ocean Winds, a 50-50 joint venture formed by EDP Renewables and Engie. It will consist of 60 wind turbines, each with a generating capacity of 14.7 megawatts. Once operational, the Scottish wind farm is expected to meet the power requirements of about 650,000 households in Scotland for the next 25 years.

“We are proud that the launch of our renewed range of fixed boom cranes is well received. The delivery marks the start of a promising partnership between Palfinger Marine and Ocean Winds,” said Gunther Fleck, VP of sales and service marine at Palfinger. 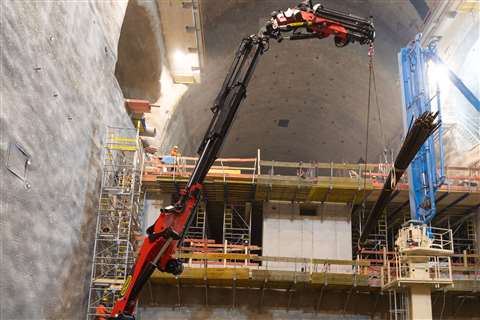 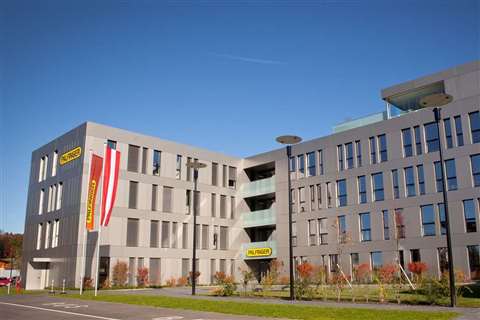 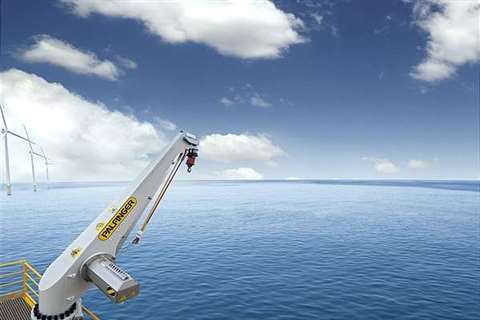