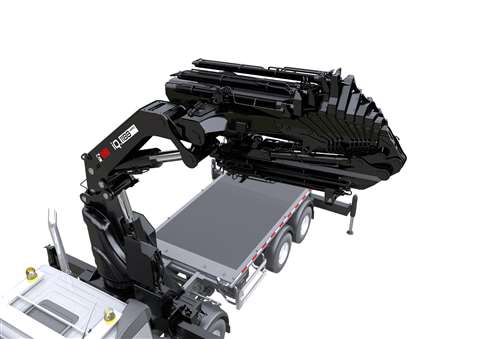 The crane comes with the company’s new control system SPACEevo

The crane comes with the company’s new control system SPACEevo and its CombiDrive 4 remote control, which it says delivers new productivity and safety benefits.

The HIAB iQ.1188 HiPro is the largest Hiab crane to date with a long reach and high lifting capacity, but still lightweight in a compact package, the company says. It is similar in size to a 90 tonne metre range model.

The company says this means it can be installed easily on 4 axle vehicles and still leaves room for payload, as well as reducing costs and fuel consumption. The performance to weight ratio is achieved by the new V12-Power boom profiles.

“Our customers want big cranes that are suited for a great variety of tasks in a smaller crane package to increase flexibility, reduce operating costs and improve fuel efficiency. We are proud to have launched our biggest Hiab crane to date,” said Marcel Boxem, director of product management, loader cranes heavy and super heavy at Hiab.

“The HIAB iQ.1188 HiPro is the first in the iQ. range that will set a new standard for precise manoeuvres and high speeds, and personalised settings to improve productivity,” he said. “At the same time, the new features we are introducing are also making crane operation safer for the operator and the surroundings.”

The new SPACEevo control system allows the crane to be operated precisely, even at high speeds. It is built using an open technological platform that enables continuous updates. 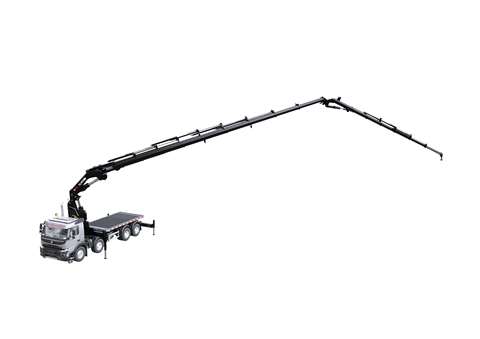 The crane is controlled by the new remote control CombiDrive 4

It is possible for the operator to personalise settings like speed and crane reaction.

It features the new Confirm View which the company says increases safety by identifying the position of the operator compared to the stabilisers, so they only open if the operator is positioned to see their movement properly.

The HIAB iQ.1188 HiPro has in-built connectivity so that owners can access Hiab’s HiConnect system. 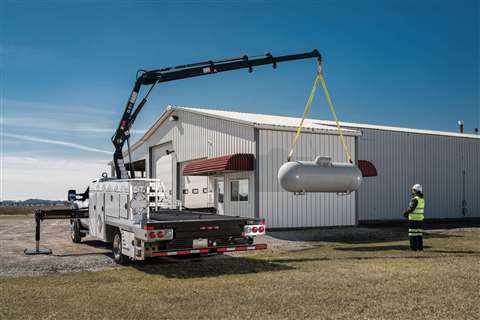