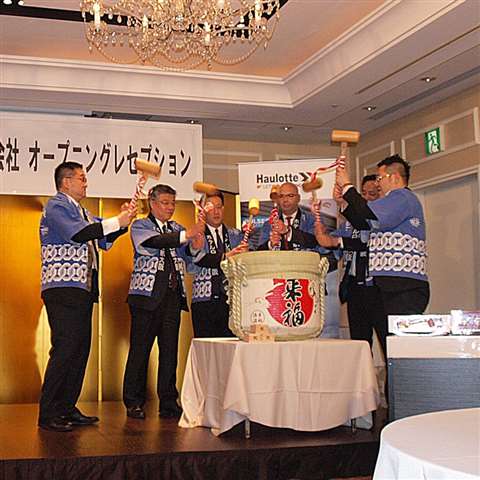 Based in Osaka, Japan, the new sales and service subsidiary increases Haulotte’s presence in Asia. The group has similar operations in both China and Singapore and said that Haulotte Japan was a key part of its expansion plan for the region.

The opening of Haulotte Japan was celebrated with its Japanese rental partner, Nishio Rent All Co. Haulotte said it intended to work with its local partners to help increase business growth for all.

First opened in 2015 as a branch office, Haulotte Japan now has a larger team that includes a resident engineer from France. The company said this will help expand its customer base and find new market opportunities.

Mr. Masashi Nishio, President of Nishio Rent All Co, said, “Nishio looks forward to continuing and building on the great relationship we have enjoyed with Haulotte as its rental partner since 2015. We foresee that having an expert French engineer stationed full-time at Haulotte’s office will help us respond swiftly and efficiently to customer enquiries.”

The company said its establishment of Haulotte Japan was further evidence of its long-term commitment to the Japanese market.