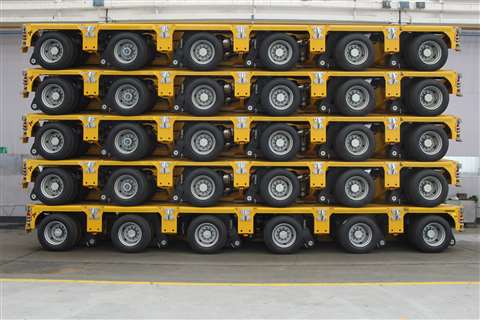 Delivery was split into one of eleven 6-axle modules, and another of eight 4-axle modules and two split modules. The new equipment is destined for two power projects where it will carry components between Kazakhstan and Uzbekistan. They are the 900 MW Turakurgan combined cycle power plant project and the 450 MW Navoi-2 combined heat and power plant project. For the former it will be a 2,400 km journey from Kazakhstan port to Uzbekistan Turakurgan. The other will be a 1,750 km trip from Kazakhstan port to Uzbekistan Navoi. In all there will be 67 loads each weighing between 97 and 274 tonnes.

The new Cometto MGSL module has a capacity of 45 tonnes per axle line. Its strengthened load area allows point loads up to 50 tonnes above the wheel arches and 80 tonnes above the cross members, Cometto said. It is 3 metres wide and available in units of 2 to six lines. A power pack unit can also be added to make it self propelled. Cometto also describes the MGSL as offering “seamless interoperability with identical vehicles from several other manufacturers.” 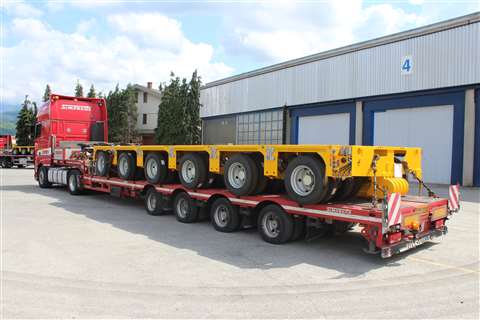