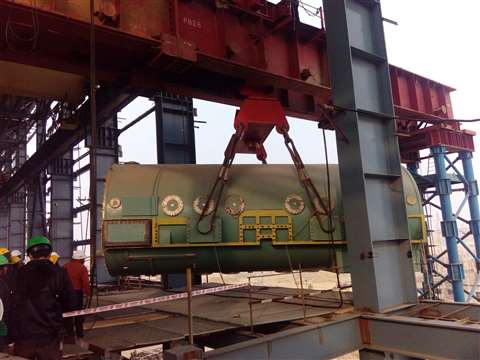 Fagioli India has installed heavy items for the power industry in Rajasthan and West Bengal.

The first job was a generator stator weighing 321 tonnes in Rajasthan. The Fagioli India team lifted the stator to a height of 17 metres by means of strand jacking and a tower lift system. Once in position the heavy item was skidded for 27 m using an EZ gantry self-propelled system before being placed into its final position. It took around five hours to perform the whole operation.

In West Bengal Fagioli India lifted and installed a boiler drum weighing 90 tonnes at an elevation of 48 m using strand jacks. The operation was accomplished in three-and-a-half hours.