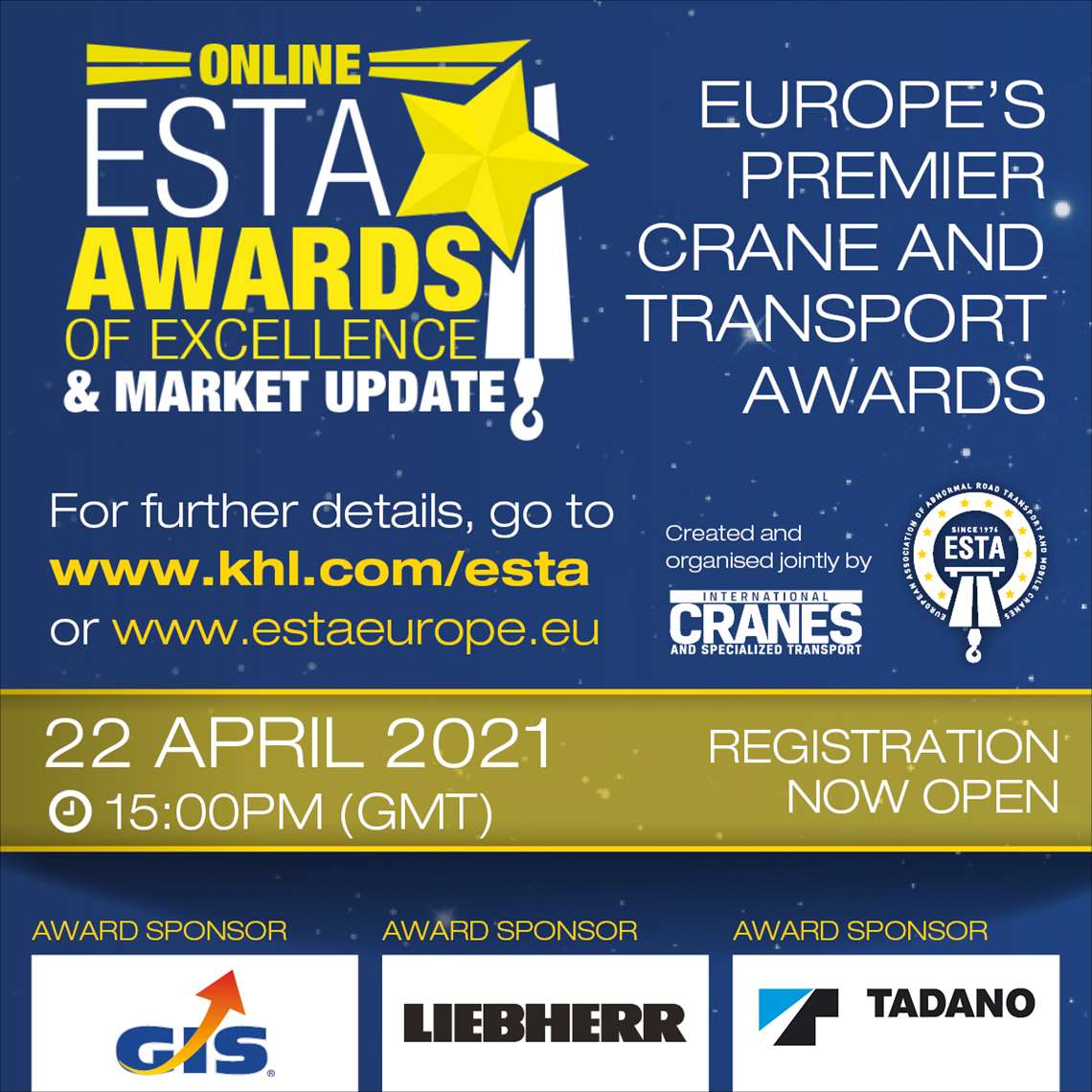 The winners of the 2021 ESTA Awards of Excellence were announced in an online ceremony and market update event held on 22 April.

The two-hour event saw representatives from the winning companies appear live in the virtual event platform after each of the ten award winners were revealed. Without further ado, see the list of winners below.

The Combined techniques award was won by Mammoet Europe, for its work on a nuclear decommissioning project in Germany. It used a customised Mammoet DHS-500 special lifting system to remove three steam generators and a pressuriser vessel.

The transport award for trailer and load under 120 tonnes gross combined weight was won by Laso from Portugal for transporting wind turbine blades on Madeira island. It transported 12 wind turbine blades, each 67 metres long, on the torturous roads of the Portuguese island.

The award for large telescopic cranes with a lifting capacity of more than 120 tonnes went to Mammoet Europe for the installation of a steel bridge using three mobile cranes. The steel bridge structure spanned the length of a skate park and had to be fitted into a 70 metre tall tower.

The Safety award went to Liebherr-Werk Ehingen for its work on load charts and wind speeds. Higher maximum wind speeds are made possible by the WindSpeed load charts function to improve safety and reduce the time mobile cranes are winded off.

The end user innovation award went to Mammoet Europe, for its Focus30 high-capacity pedestal crane in the 2,500 tonne class.

The winner of the award for telescopic cranes with a lifting capacity less than 120 tonnes was Wagenborg Nedlift. The company used a pair of electric compact cranes in a tandem lift to change out a sludge filtering press inside a building, in very limited space.

The Transport award for a project where the trailer and load had a gross combined weight of more than 120 tonnes went to Viktor Baumann. The company transported a 50 metre heat exchanger, forming a 503 tonne combination, with one truck, and using four more trucks for the sections of road with 12 per cent gradients.

The lattice boom crane job of the year went to Sarens NV for lifting tasks carried out by its 5,000 tonne capacity SGC-250 super heavy lift ring crane at the Hinkley Point C nuclear power station construction project in the UK.

The final award was for a project using self propelled modular transporter (SPMT). It was won by Wagenborg Nedlift for its use of two sets of 12 axle lines of SPMT, with powerpacks, to move a 650 tonne block out of a factory to the yard outside as part of the construction of a cargo vessel.

In addition to the awards announcements, attendees at the online ESTA Awards of Excellence heard three experts discuss the global outlook for the crane market, the latest heavy lifts at the Hinkley Point C project, and the implications for specialized transport of new VEMAGS permits.

A video recording of the event will be available to view in due course at khl.com so keep an eye out for the announcement. 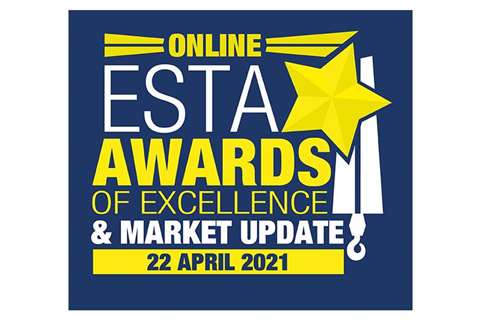