German-based Autodienst Eineder has taken delivery of a new Liebherr LTM 1250-5.1 mobile crane. It will replace an older 220 tonne crane in the Bavarian company’s fleet. 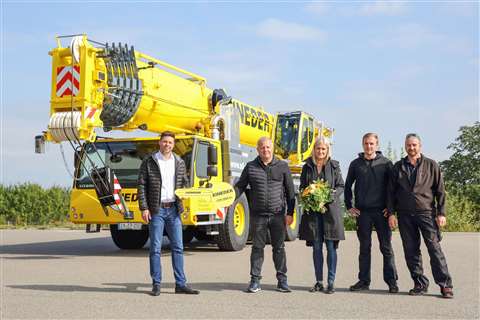 The compact dimensions of the new 250 tonne crane and the possibility of obtaining road licences for 5-axle mobile cranes quickly in Bavaria were major criteria behind the decision, the company said.

Managing director Peter Eineder said, “We decided on the LTM 1250-5.1 because it is one of the most powerful 5-axle cranes on the market and can travel on public roads with a gross weight of just 60 tonnes.

“This enables us to obtain road licences more quickly in Bavaria than is possible for a 6-axle crane in the same lifting capacity class.”

The crane has a 60 metre boom and 88 tonnes of ballast. Liebherr said that the short design of its chassis delivers benefits on restricted sites.

For its first job, the crane hoisted a Torndao jet weighing 20 tonnes at Airbus

The crane comes with the VarioBallast system. The LTM 1250-5.1 can be operated with two different ballast radii, 5.58 metres or 4.78 metres.

“The main areas of use for the new crane include transport and loading and unloading transformer stations weighing up to 72 tonnes,” an Eineder spokesperson said.

One day after delivery, the LTM 1250-5.1 hoisted a Torndao jet weighing 20 tonnes at Airbus in Manching onto special dampers for testing vibrations.

Due to the limited height of the ceiling, however, the LTM 1250-5.1 was unable to increase its radius by luffing the boom, and instead had to telescope the full load of the aircraft. 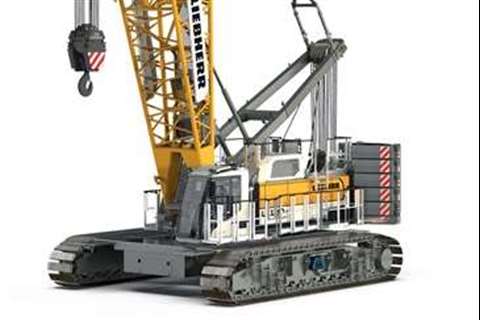 Another electric Liebherr crawler crane
The 160 tonne LR 1160.1 unplugged is the next electric crawler crane to be announced by manufacturer Liebherr