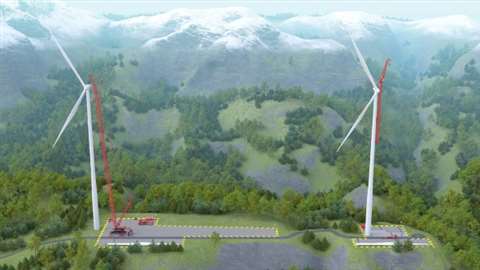 Compared to conventional tower cranes (on the left), the climbing crane will be much smaller and easier to get to site. (IMAGE: Vattenfall)

Swedish energy company Vattenfall has partnered with Mammoet to develop a specialist “climbing crane” for the construction of wind farms.

As countries around the world step up efforts to meet Net Zero - investing more in the development of wind farms for clean energy generation, Vattenfall says that new environmentally friendly ways of constructing these wind farms is crucial to moving the industry forwards.

Its new climbing crane concept would see the creation of cranes that use the wind turbine towers themselves for support, rather than the ground.

As the crane is used to add more sections to the tower’s structure, this means there would be no limit to how high the crane could go.

They could also operate in locations with up to 80 percent more wind, which the company says would unlock more remote sites for wind farm construction.

“Although it is still on the drawing board, progress to date has been encouraging,” said the energy company.

“A Vattenfall team from its Onshore Wind business unit is now working with experts from heavy lifting specialist Mammoet to take the development of their concept forward.”

The climbing models - the first of which could be on site within the next few years, are also expected to have a more positive impact on the local communities.

Jelmer Boukes, Program Manager at Vattenfall, said, “The climbing crane would be much smaller and easier to get to site, as well as to move to another location when it has completed a turbine.”

This means use of the machines would help reduce both the transport costs and the carbon footprint of the construction site, as well as lower noise and disruption for local communities.

“There would also be direct benefits in the operation of the crane itself,” added Vattenfall. “Due to its much smaller engine and capacity requirement, the crane could be powered by electricity instead of fossil fuels.”

According to Boukes, the climbing cranes would “represent one of the biggest step-changes seen in wind farm construction for years”. 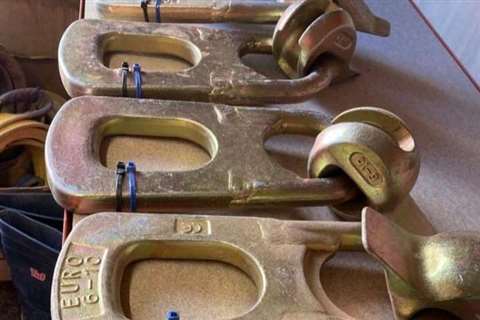