Crane sales up 40% at Manitowoc 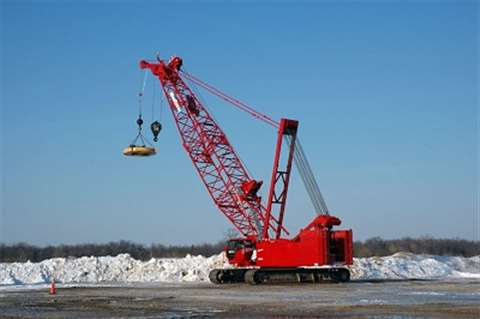 Primary drivers were continued growth in the Americas region and greater demand in emerging markets and Asia-Pacific, Manitowoc said. It was the first time since the end of 2008 that quarterly crane sales were more than $685 million.

"We were pleased with the solid fourth-quarter increase in sequential and year-over-year order rates," said Glen Tellock, Manitowoc chairman and chief executive officer. "Given these increased activity levels, we expect continuing growth in 2012 within this business driven by new product introductions, as well as increasing demand in various regions, including North America, Latin America, and Greater Asia-Pacific that is partially offset by soft markets in Europe. Additionally, our new manufacturing facility in Brazil, which we expect to come on line by mid-year, should position us well to support the broad-based opportunities throughout Latin America in 2012. As a result, Manitowoc will be the first global crane manufacturer to produce rough terrain cranes in this region of the world."

For the full-year 2012, Manitowoc forecasts crane revenue to show a 10 to 15% year-over-year percentage growth and crane operating earnings to be up 30 to 40% year-over-year.

Tellock commented, "We finished the year strong, with sales increasing nearly 25 percent year-over-year in the fourth quarter complemented by improving operating results in both of our industry-leading segments. As expected, 2011 was a transitional year for Manitowoc, but our focus on executing against our strategic imperatives coupled with an ongoing commitment to innovation and continuing investments in strategic growth opportunities helped us navigate challenging headwinds."

"We enter 2012 in a solid position to drive continued growth, building on the momentum we experienced in the fourth quarter," Tellock continued. "While we are optimistic about the year ahead, a challenging operating environment still lingers. The steps we have taken to improve our competitive position over the last several years drive our outlook in 2012 as we endeavor to expand our leadership position and continue to improve our financial strength and flexibility."