Spanish tower crane manufacturer Comansa has increased the load capacity of two of its flat top models: the 21LC660 and 21LC750.

The 24-, 36- and 48-tonne versions of both models now have capacities of 25, 37.5 and 50 tonnes, respectively. According to Comansa, the improvements have been achieved due to the use of more compact wire rope, with a smaller diameter, and a lighter trolley-hook set design.

In addition to increasing the maximum load capacity of the cranes, Comansa said these changes improve the loads in all radii, including the jib-end load. 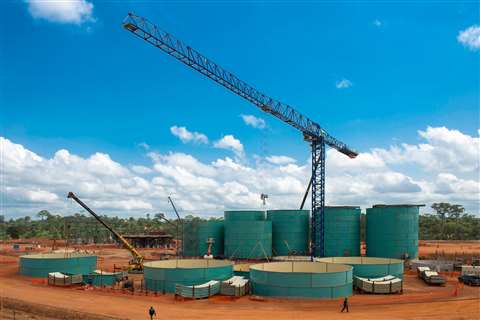 Comansa said it has also introduced a modular counterjib design which improves the counterjib radius of both models when they are erected with reduced jib lengths.

For special projects, a 90 metre radius jib is also now available as an option.

All models, other than the 20 tonne 21LC660, have a new 132 kW hoist mechanism providing speeds of up to 300 metres per minute. The hoists have Comansa’s Effi-Plus system which, the company says, increases the hoist speed of light loads by almost 15 per cent. Effi-Plus has also been added to the optional 110 kW hoist mechanisms. According to Comansa, these two mechanisms greatly improve the productivity of the crane, especially when working at large heights. Both motors have a larger rope capacity (of 720 or 1,570 m), enabling the cranes to work with under hook heights of up to 785 metres.

With the aim of simplifying and unifying its range of tower sections, Comansa said the 21LC750 now uses the D36B as a standard section. This mast is the same as that used on the 21LC1050 flat top and LCL700 luffing models and is compatible with the D36 mast section. D36 was standard for the 21LC750 and will now be discontinued.

The updated cranes are available around the world and are shipped with Comansa’s XL-size Cube cabin as standard. 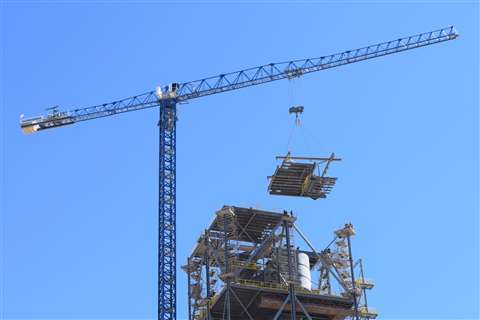