Following a recent girder crash on a car in Dhaka’s Uttara that killed five people under the Bus Rapid Transit Line 3 project, the country’s road transport and bridges minister Obaidul Quader said the contractor responsible would not be allowed to work in Bangladesh anymore after completion of this project. 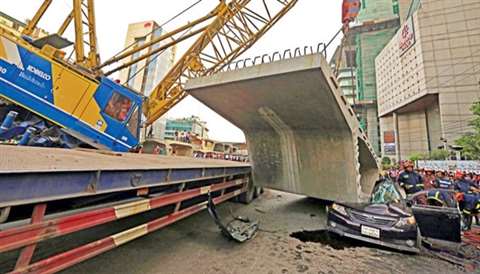 A probe committee, formed to conduct an investigation into the accident by the ministry, spared the project authorities and held Chinese firm China Gezhouba Group Company Limited responsible for the accident.

At a press briefing held in the conference room of the road transport ministry, the minister said that when the accident took place 79 per cent work was done. If new tender was called then it would take few more years to complete the project, he said.

“Considering the resources and money of the country we will complete the rest of the project work now,’ he said. ‘After that the contractor will not be allowed to work in Bangladesh anymore.”

Five people were killed and two injured on August 15 when a box girder from the project crashed on a car at the Jashim Uddin Avenue area in Uttara on the Dhaka-Mymensingh national highway, one of the busiest roads in the country.

The accident took place at the grade section of the project, which is being implemented by the RHD, which appointed the Chinese contractor.

The committee report identified 12 reasons for the accident, including work on a public holiday without pre-approval. According to the report, during the accident, the crane was being operated by the assistant operator, and the crane did not have a license or digital monitor, and it was kept on an uneven surface. The probe committee also found there was no specific traffic management plan or emergency management plan, the traffic management staff and the safety engineer lacked requirements, and the appointment of the people working for the contractor company was not approved. 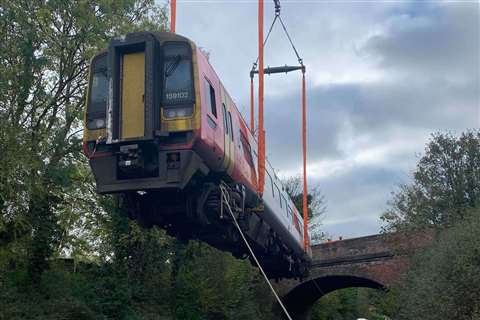