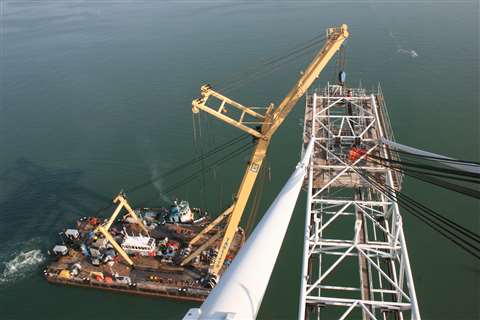 For Cargotec Group in the first nine months of 2016, profitability continued to improve in Hiab, there were no big project orders for Kalmar, although its long-term market potential is still strong, and the challenging market situation continues at MacGregor.

Mika Vehviläinen, Cargotec CEO, commented on the performance by division as follows: "Hiab's strong development continued during the third quarter and profitability improved compared to the previous year. Hiab's core business orders were at a good level, but we did not receive any big defence industry orders as we did during the comparison period.

"Kalmar's result was also satisfactory; however, the pace of customer decision making has slowed down, which could be seen in declining order numbers. Kalmar's long-term market potential is still strong: bigger ship sizes and the need to develop ports and make operations more effective require investments in port technology and automation. The number of potential projects is still large, but customers are delaying their investment decisions.

"The challenging market situation continued in MacGregor. The global merchant ship market is facing overcapacity and new ship orders are at an exceptionally low level. Industry consolidation, alliances and possible new ship routes create uncertainty in the industry. We are continuing with our measures to lower the MacGregor cost level."

For the full year Cargotec forecasts sales to be the same as 2015 (€3,729 million ($4,136 million) or slightly below. Operating profit is expected to improve, the company said.