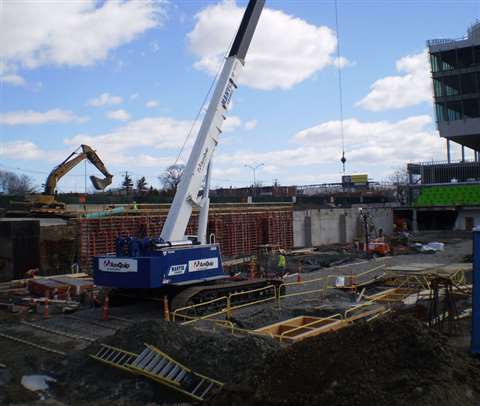 The Tadano Mantis at work on the Warrior Ice Arena

The 15010 was supplied by distributor Empire Crane. It has a 34 metre main boom and pick and carry ability.

Work on the Warrior Ice Arena began in December 2014 and it is scheduled to open in September 2016. The main contractor for the project is S&F Concrete.