Heavy lift specialist ALE has announced it has successfully completed the incremental launch of a concrete aqueduct in the Province of Córdoba, Argentina. 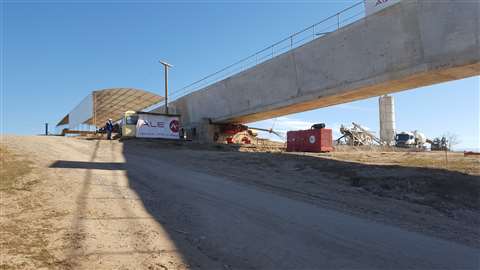 Launching of the aqueduct in Córdoba, Argentina

The aqueduct comprised of 44 voussoir sections and reached a total length of 1,100 metres. A typical incremental section measured 25 metres long and weighed 250 tonnes. On average, one incremental section was launched every ten days and the job took ALE eight months to complete. According to ALE, the 23rd voussoir section, which was launched in June 2017, weighed 5,750t and measured 575m long.

Hernan Asensio, ALE project manager, commented, “This project represented a huge challenge for us, considering the sheer weight and dimensions of the structure. We are very proud to have been involved in such a landmark project.” 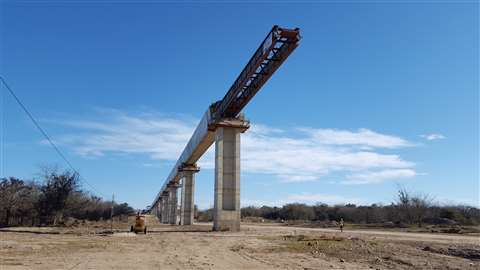