Ainscough Crane Hire worked with the steel fabrication company, Briton Fabricators Limited, to assist with the construction of the Luton DART, a light metro that will be used to transport passengers from Luton Airport Parkway Railway Station to Luton Airport in the UK.

In March, Ainscough Crane Hire was hired by Briton Fabricators to assist with the planning and installation of a new elevated external walkway at the railway station.

The new bridge has been manufactured by the company and will run parallel to the railway line and platform to create an access route for service users.

Work took place over a week‐long period during night shifts to avoid disruptions to rail services.

Given the lift’s proximity to the railway line, various crane setup locations had to be decided upon for each module to minimise slewing towards the railway line, as well as avoid existing building clashes. The team spent hours refining the lift plans to ensure they met a high standard. 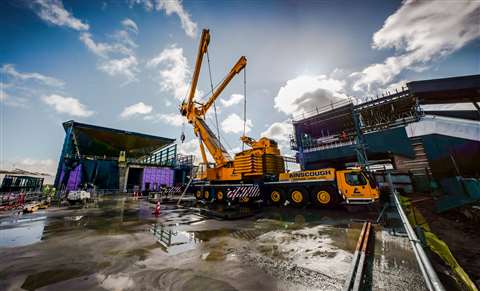 The largest of the five radiuses the team worked to was 35 metres.

James Storey, CAD technician at Ainscough Crane Hire said, “This was a challenging lift to plan due to the number of environmental and time constraints we had to design around for the Parkway Station.

“However, thanks to the expertise of our team, the bridge was installed on time and with minimal disruption to the site and its service users.

“The new Luton DART transport system is just one of many key infrastructure projects which we will help to build thanks to our recent crane investment programme.”

Dean Morcom, commercial director at Britons Ltd, said, “The complexity in this project culminated in short possession shifts for installation so it was important that the communication leading up to the crane arrival and set up was accurate and clear.

“Crane positioning between new buildings, their expensive facades, and the railway, was planned meticulously between our appointed person and Ainscough Crane Hire’s drawing office and went ahead without a hitch.” 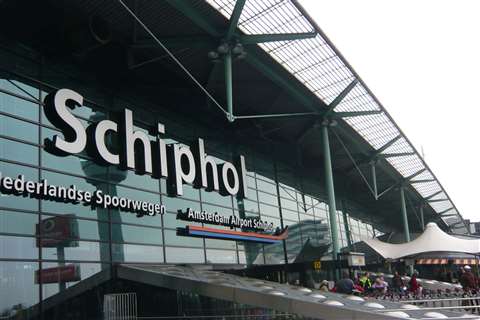