A history of boom dollies in the United States

The ubiquitous boom dolly is a legendary solution for moving cranes over the road.

Boom dollies, which made their debut in the early 1960s, are critical pieces of equipment for moving cranes in various states and countries. Unless you own or operate large capacity all-terrain or hydraulic truck cranes, you may not be familiar with the attributes of a boom dolly. But for those who own and use this hardware, they are legendary. 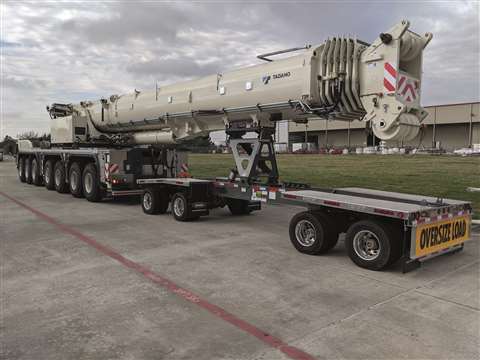 The boom dolly will help spread the weight of the boom over the dolly axles and also increase the length of the vehicle or outer-bridge. Outer-bridge is the distance from the first axle of the vehicle to the last. Increasing this distance, in most cases, will result in an increase of gross weight allowed on the road. 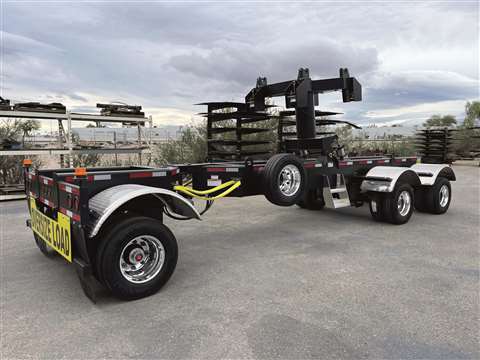 Nelson Manufacturing built its first boom dolly in 1962 for a P&H 660TC truck crane, according to Tony Niese, president of Nelson. The 1 + 2 axle configuration dolly had a pintle hook to the rear of the crane and supported the conventional crane boom at the front of the dolly. At the rear of the dolly were storage provisions for counterweight. 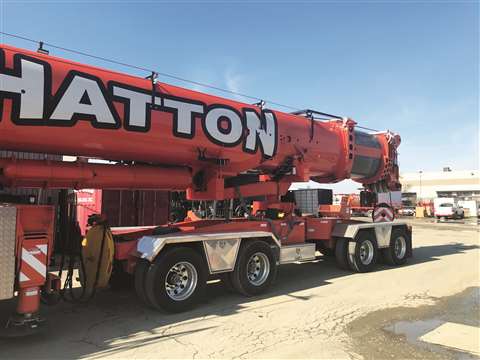 Without the boom dolly, it may be necessary to remove a jib, crane boom and outrigger boxes from the crane. Today’s boom dollies can be configured to haul counterweights, spreader bars, cribbing and the like. A properly designed boom dolly can be a cost-saving piece of equipment.

HMR Supplies has been making boom dollies for more than 35 years, since the late 1980s. TransWorld Manufacturing built its first dollies as a matter of necessity, to move cranes in its fleet.

Generally speaking, boom dollies are not production vehicles. While the concept is the same, boom dollies are custom made for the particular crane in which they will be paired. Some companies will buy one boom dolly to work with two or three cranes in their fleet. 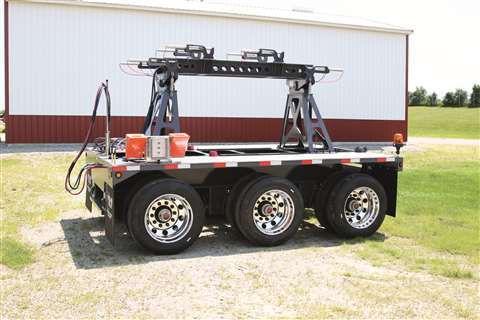 Boom dollies are more than just pair of axles under the crane boom. All boom dolly producers work with each customer to build the dolly needed.

There are many types of boom dolly designs: 2, 3 and 4-axle dollies are seen as the standard, but custom solutions are available, including 3 + 2, 2 + 1, lift axles, special spacing and the like. Dollies can be equipped with split towers, bolsters, air locking mechanisms and other customizations. Boom dollies can also be required for hauling self-erecting tower cranes and in some cases for boom trucks.

Dollies also can vary greatly. A boom dolly for a Grove GMK5250L in Florida may look completely different for the same crane model in Texas. Each dolly/crane combination must be reviewed closely. Air locking pins, rocker leveling springs and hand cranks to move rolling towers are all features designed to prevent the need to climb up on the dolly. Dollies are designed for the utmost safety. 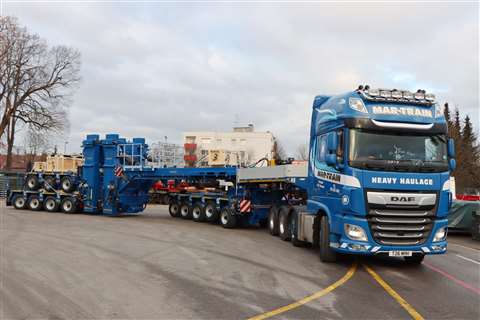