A guide to spreader beam application and construction

With how often spreader beams are used on site, many know quite a bit about the difference in both application and construction of a spreader beam and traditional lifting beams. Here are nine things you may not know about spreader beams. 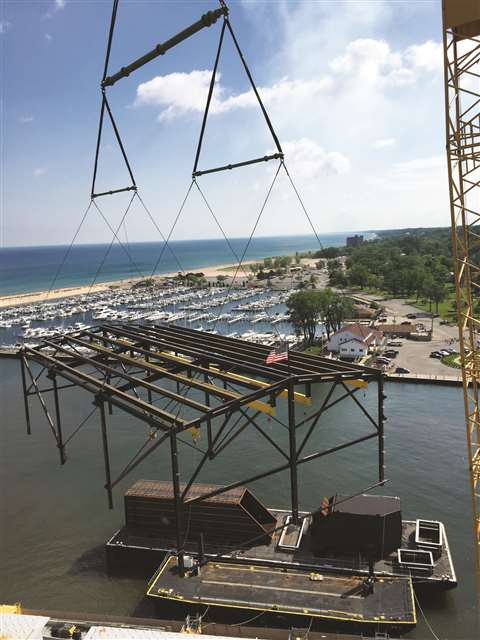 With the ability to control sling angles, spreader beams can protect a load from damage.

1. Modular spreader beams weigh in considerably lighter than their lifting beam counterparts, because they are fabricated with far less material.

Spreader beams rely on compressive forces throughout the beam. This means the spreader acts more like a column and has greater ability to handle high loads with less overall weight.

2. Modular spreader beams are the most portable option available.

When you need to lift a load with lifting points around 40 feet apart, you can either use a 40-foot solid lifting beam or a modular spreader beam (in lower tonnage, telescopic beams are another option). For transport and storage, lifting beams occupy a massive amount of space whereas a telescopic beam can achieve 40 feet while occupying no more than 23 feet. Compare that, however, with a modular beam made of four middle sections (struts), your longest length is only 10 feet of occupied space. This means any standard truck can transport your spreader where you would need a long flatbed to handle the lifting beam and the telescopic beams are limited in available capacity.

3. Modular spreader beams are built with versatility in mind.

With several length struts available and numerous configurations, one beam can be adjusted to several different lengths on site with only basic tools. For example, a 40-foot beam rated for 50 tons, in a typical configuration, can be turned into a beam at any of the following lengths: 3 feet, 4 feet, 5 feet… 38 feet, 39 feet, and 40 feet using only a wrench and torque wrench on the bolts.

Having DNV GL approval means that no matter where your jobs take you, Modulift modular spreader beams, for example, are certified to go anywhere you do worldwide. Lifting beams however require testing and certification any time you cross borders.

5. Due to their cylindrical construction, modular spreader beams can handle intense compressive forces but will fail with horizontal forces added under load.

We’ve seen people wrap slings around the middle of traditional steel lifting beams to add an extra lifting point but doing so with a modular spreader beam can cause a catastrophic failure to the beam and lift, if not worse.

6. Modular spreader beams can be created in a square or rectangular formation.

Some jobs require multiple pick points over a large area that would normally either take two cranes or a series of spreader beams one on top of the other, eating up tons of headroom. Modular spreaders can be built in this type of formation – called a CMOD – that requires only one lifting point above and takes up far less headroom.

The top rigging on modular spreader beams can be adjusted to allow for better control of the load to keep the load level. Lifting beams typically have several lifting points on the bottom to compensate but are limited in that regard. Having the ability to make small adjustments as needed with spreader beams can create a smoother, safer lift.

8. Spreader beams reduce the risk of damage to the load.

With the ability to control sling angles, spreader beams can protect a load from damage. Keeping the angle from the pick points to the beam means there are no angular forces on the load, ensuring no damage or pinching on the load.

9. Spreader beams, on average are 3 to 4 times lighter and smaller than steel lifting beams.

With spreader beams built to utilize compressive forces rather than bending forces, they are built with considerably less size but are also far more susceptible to being misused. Common misuse occurs when attempting to add additional pick points in the middle of the beam. If a need arises for additional points, consult your local representative to discuss a safe means of meeting that need. 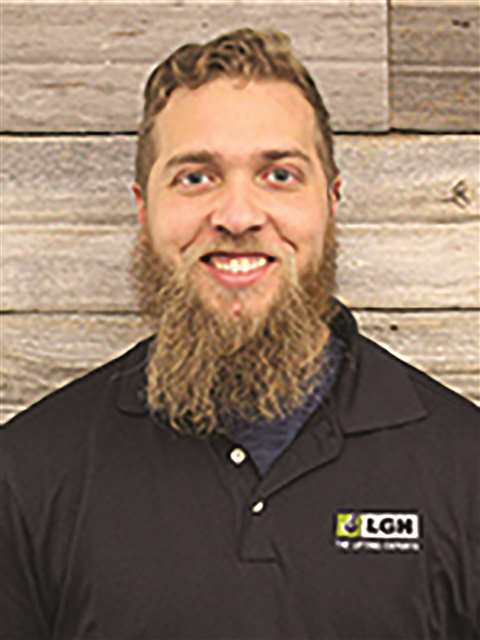 This article was adapted from a blog post by Matt Kral, who is a rental support representative for LGH. He also assists marketing with blog writing