What is this tower crane constructing in Norway?

Offshore contractor Aibel has just completed its first year using a 50 tonne capacity tower crane for platform construction at its yard in Haugesund, Norway on the North Sea coast. 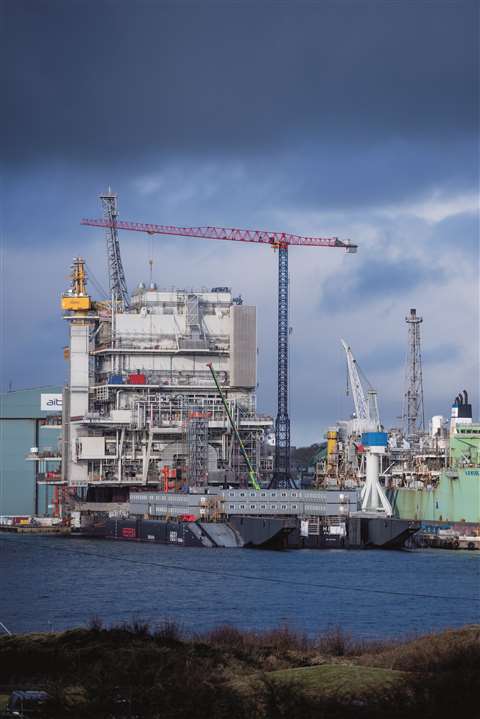 At more than 90 metres the Comansa 21LC1050 towers over the oil platform it helped to construct (Photo: Comansa)

The 21LC1050 from Spanish manufacturer Comansa is a large flat top tower crane. Its first job, starting in the first quarter of 2021, was to help construct the John Sverdrup process Platform Phase 2 (JSP2), Aibel’s largest project.

As is typical for this application, the crane was put through a process of adaptation and customisation to suit the customer’s specific requirements. These are usually more demanding than straight construction projects, the manufacturer says. Cranes in offshore construction yards are often rail mounted to travel up and down the yard at the side of the vessel or platform under construction.

In this case the crane was configured both for fixed and rail mounting. It also has a marinised paint finish to protect against corrosion from the sea air. Similarly, the electronics and other components are sealed to protect against the ingress of moisture and other contamination. LED lighting illuminates the work area, the operator cabin is equipped to allow 24 hour working, and there is an elevator.

Comansa worked with its distributor Rental Group Crane on the customisation for Aibel. The crane stands at more than 90 metres tall on a portal in a D25 wind zone so its base needs to withstand a force of 400 tonnes per corner. Comansa reinforced the 10 metre portal for Aibel’s application where it can be rail mounted or supported on levelling spindles.

The special paint is 250 microns thick to prevent corrosion. To help ensure safety there is a camera on the trolley to give the operator a view of the loads and its surroundings. An alarm system is fitted as are signalling lights, to comply with European EN14439 standard, Counterweight slabs are protected by custom-built galvanised steel frames. Making the electrical cabinet from stainless steel further helps protect from the elements. The LED lights and the free-slew brake release can be operated from the ground at the base of the crane.

A constraint from the beginning was that the crane had to be easy to assemble in the minimal, 700 square metres, of available space. Comansa made use of Aibel’s facilities to pre-assemble components which arrived in 32 truckloads. A 500 tonne capacity wheeled mobile crane configured for a lift height of 115 metres was used to erect the crane. Heaviest of the components was 23 tonnes. It took two days to assemble the crane on its portal.

Its 80 metre boom allowed the one 21LC1050 to reach the whole platform. Lifting work includes loading 20 tonne containers onto the platform, 24 hours a day, 7 days a week, Comansa says. 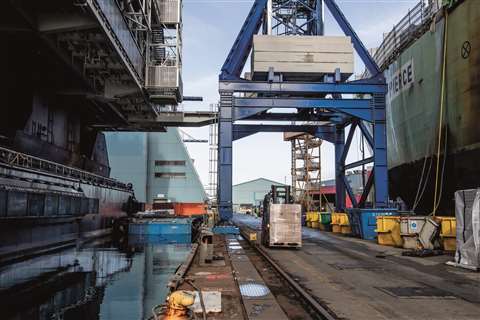 The 10 metre portal in its confined surroundings (Photo: Comansa)

Two key requirements from Aibel are for Comansa and Rental Group Crane to be able to provide timely technical service. In particular, these are quick delivery of spare parts and swift movement of the crane to another part of the yard.

Rental Group Crane is two hours away from the Aibel yard and holds stock of mechanical and electrical parts. The company has similar cranes in its fleet and says there are synergies between these and the 21LC1050. 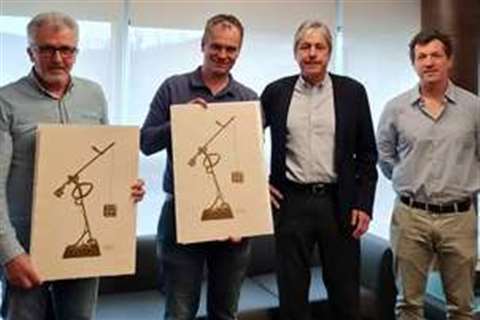 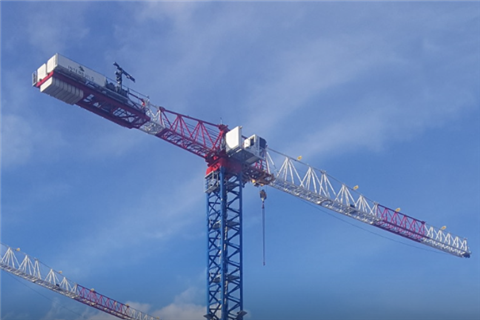 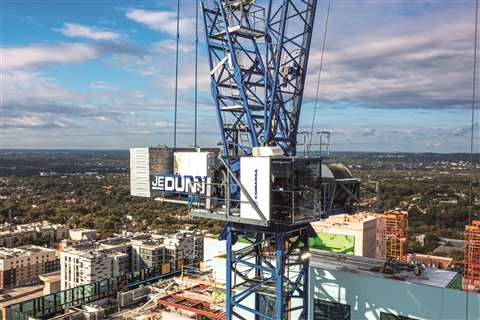 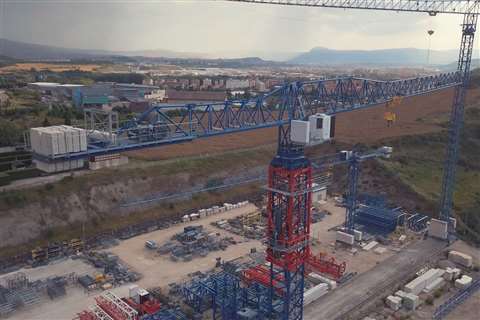