What is Al Faris lifting and transporting in Iraq?

Leading Middle Eastern crane and transport specialist Al Faris has further broadened its presence in the region with its latest projects in Iraq.

While the company said it has a dominant presence in the United Arab Emirates and the Kingdom of Saudi Arabia, Iraq is a very different and challenging market.

Its branch set up there a year ago is running at full capacity with several heavy transport, heavy lifting and skidding projects. Jobs are ongoing in the civil, oil & gas, power generation and petrochemical industries, the company reported. Alberto Pittaluga leads the Al Faris operation in Iraq.

The company brought to bear its industry experience, local knowledge and engineering techniques on a project to transport 96 components, each weighing up to 150 tonnes, for an NGL (natural gas liquids) plant. Equipment used was prime movers and hydraulic trailers in multiple convoys.

Another project was to transport and install components including KO drum refinery vessels and flare stacks ranging from 25 to 78 tonnes for the West Qurna (WQ1) oil field. Al Faris used its hydraulic trailers for the transport and its Liebherr mobile cranes for the installation.

In Iraq the company operates a secure and sustainable “Life Support Base” in Khor Al Zubair. Half of its workforce in the country is local people, helping to support the country’s industrial growth. On these infrastructure and industrial development projects the company works closely with local government authorities and is supported by the Iraqi army during its operations. For security all its projects involve 24-7 government security escort vehicles and local communities support, Al Faris said. 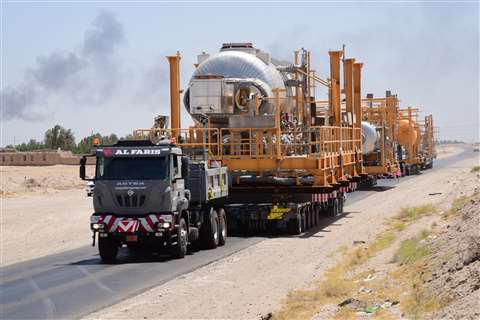 Al Faris used its hydraulic trailers for the transport and its Liebherr mobile cranes for the installation (Photo: Al Faris) 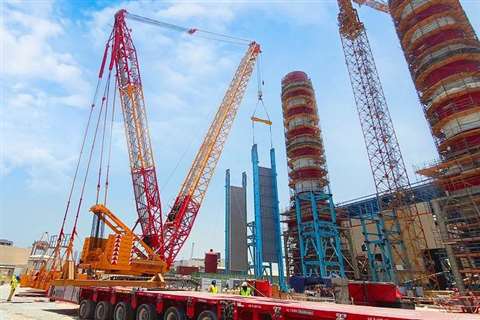 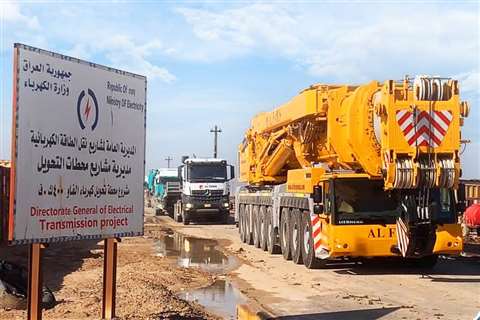 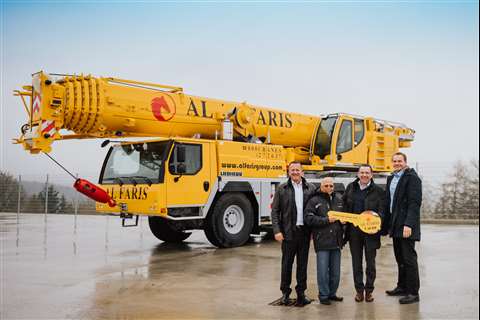