The loader crane may be a globally ubiquitous sight delivering building materials but change could be just around the corner, according to Christian Shelton.

Loader cranes, articulating cranes, or knuckle boom cranes, have long been delivering materials to construction sites around the world. Their versatility means they are used for a wide range of construction applications and, during the Covid-19 pandemic with construction deemed ‘essential business’, they continued their work as key tools.

With a review of regulations pending, on top of exciting new hybrids being developed, change could be arriving to this staple of the construction industry.

When reviewing the ways in which the loader crane sector has matured over time, one of the biggest changes has been the development of cranes with increasingly higher lifting capacities.

According to Italian crane manufacturer PM, part of US boom truck manufacturer Manitex, loader cranes rated at more than 100 tonne-metres are now competing with mobile cranes for some types of work. 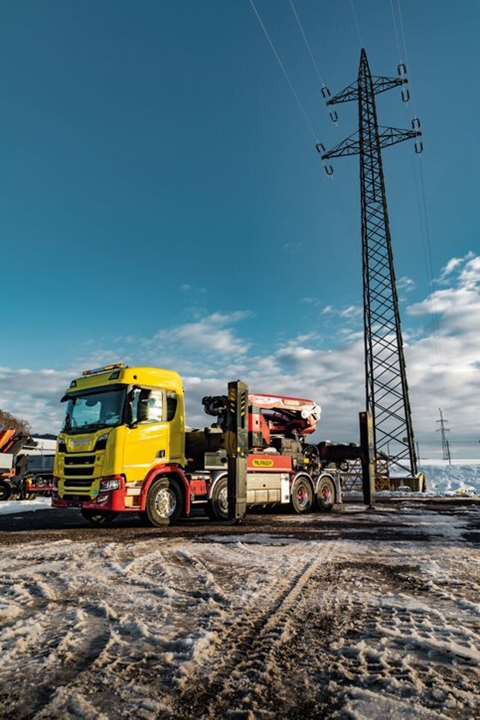 Giovanni Tacconi, general manager crane division at PM, said, “PM is producing 100 Tm, 150 Tm and 210 Tm machines, competing with mobile cranes. This is bringing more demand from all over the world.

“Knuckle booms with a high tonne-metre capacity are more flexible than other mobile machines. The advantage of a knuckle boom like the PM 150 is that it can be installed on a standard truck with the possibility to drive according to local rules, like a normal truck.

“The engineering is quite complex, but the advantage is that a 150 or 210 tonne-metre knuckle boom can work in a very narrow space compared to a mobile crane. There are a lot of these machines, for example, in New York City, where the traffic is very high and streets very narrow.

“We’ve improved a lot the communication between the machine and the operator, by using the display on the remote control for real time information to operator. Most of the machines are equipped with radio remote control, to let the operator work with a clear view of the working area being extremely safe.

“Most of PM’s big machines are equipped with a very modern safety system, which is designed to be very easy to use.”

The European Association of Abnormal Road Transport and Mobile Cranes (ESTA) has started talks in Europe about whether loader cranes above 150 tonne-metres should come under the EN 13000 standard rather than EN 12999 for safety reasons.

Loader cranes have to date been covered by the EN 12999 norm, but several European organisations have expressed safety concerns at their increasing size and questioned whether the larger loader crane models should instead be covered by EN 13000.

Discussions will be led by a new harmonisation group created by Working Group 2 (WG2) and Working Group 11 (WG11) of CEN/TC147, part of the European Committee for Standardization (CEN) that is responsible for overseeing crane standards.

ESTA director Ton Klijn explained, “We have long been worried that the EN 12999 was not appropriate for the biggest loader cranes now on the market, and that they should really come under the EN 13000 norm.

“So we greatly welcome the opportunity for the different parties to come together and discuss this issue for the benefit of all of us.

“Our goal [for ESTA] is to align the EN 13000 norm with the construction norms for both tower cranes and knuckle boom cranes. This new harmonisation group is now consulting the industry to see how the concerns can be resolved.”

WG 11 is currently working on updates to the EN13000 norm, which it expects to complete in the third quarter of 2021.

Firms invest in futuristic fusions
Change of a different kind is apparent with the development of new types of loader crane. Austrian manufacturer Palfinger, one of the largest specialists in the loader crane sector, is investing heavily into research and development (R&D).

The firm is currently building a €40 million ($47 million) R&D centre in the state of Salzburg at the Köstendorf Technology Centre for product development. It will offer cross-functional solutions standard across all units.

Andreas Klauser, Palfinger CEO, said, “We are combining these investments into a large and effective package to help us emerge from the [Covid-19] crisis strong, fully prepared to accept the challenges of the future.”

The company has seen its foray into the crawler crane market with its modular crawler mounted knuckle boom Palfinger PCC crane line-up open new application areas, courtesy of the crane’s ability to separate from it’s crawler tracks. It was used on a train wagon for rail work by Austrian railway construction company Strabag Rail in March 2021.
Click here to view article

Now Palfinger has mounted a PCC 115.002 on an 8x4 Scania truck at its Austrian installation factory in the small municipality of Lengau. The first unit was supplied to Austrian crane rental firm Markowitsch, based near Vienna in the town of Perchtoldsdorf.

Hemmo Luijerink, head of sales and outbound management at Palfinger, claims that the idea behind the truck-mounted PCC is that it can side-step many of the restrictions hindering the use of other crane types with similar capacities.

The truck-mounted PCC comes with a Stage 5 diesel, or a 400 Volt electric drive motor, with a separate electro-hydraulic or diesel-hydraulic power pack available to enable the crawler to carry out transport jobs away from the crane.
Click here to view the Palfinger PCC 115.002

The Palfinger PK 27002-SH, mounted on a Mercedes-Benz Unimog, is another hybrid loader crane. Ordered by Germany-based solar panel installer Energie-Spar-Centrum Altenwahlingen, the Unimog U 530 also has a Palfinger cable winch and a steered rear axle.

The Unimog also has a Hauer frontloader, pallet fork, sun visor and work lamps. It is uprated for a gross weight of 16 tonnes and is used to tow an 18 tonne fully-enclosed swap body. It was supplied by vehicle distributor Peter Meineke from Bad Fallingbostel-Dorfmark in Germany.

Due to the vehicle’s looks and sturdiness, the Unimog U 530 has, within the industry, been fondly nicknamed “Mad Max”.
Click here to view article

German bodyshop Fischbacher has developed a removable crane (a Hiab HiDuo 072) mounted on the back of a Unimog, which it has called the “Kranimog”. Fischbacher is an authorised Unimog service partner and certified Hiab partner. The company was appointed by Mercedes-Benz as an official Unimog partner in December 2020.

Hiab, part of crane and materials handling equipment maker Cargotec, has also enjoyed a positive financial performance since May 2020. The business reported sales of €503 million for 2020, a 24 % increase from the previous 12 months, and in 2021 Q1 increased by € 129 million (44 %) compared with 2020 Q1.
Click here to read article

These positive results have been boosted by a raft of contract wins that included UK hard landscaping manufacturer Marshalls ordering 108 new Hiab loader cranes in a €4.9 million deal.
Click here to read article

Hiab has renewed their distribution agreement with Thor Middle East, who are responsible for parts, sales and service support for countries in the Gulf Cooperation Council states (Bahrain, Kuwait, Oman, Qatar, Saudi Arabia and UAE).

The company has completed the acquisition of the installation, sales and service activities of The Netherlands’s largest Hiab dealer, Damen Hydrauliek. All three of Damen Hydrauliek’s sites in the southern part of the Netherlands were transferred to Hiab on 1 April 2021.

Hiab launched the Effer 1000, under its Effer brand, in February 2021. It is a new 90 tonne-metre hydraulic loader crane that lifts 2.3 tonnes at its maximum outreach of 26 metres. It weighs 9,500 kg, so can be installed on trucks small enough for use in urban areas.
Click here to read article

Italian crane manufacturer Fassi is looking to further develop its position in Asia Pacific by developing a range of cranes specifically designed for the region. Working with importers and customers of Fassi’s Asia Pacific division, based in Malaysia, the company identified a demand for stiff boom cranes. The first stiff boom it has released is the XR710, a single articulation model with a lifting capacity of seven tonnes. 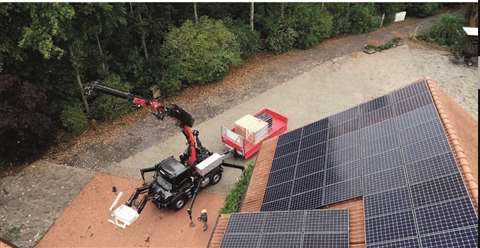 HMF UK has recently won a new contract, so now repairs and maintains over a thousand cranes

HMF UK began supplying cranes to Saint Gobain Building Distribution in 2011, and since 2019 it became the company’s exclusive crane supplier. HMF UK was awarded the service contract in 2020 for all new cranes entering the SG fleet, which has been extended to the company’s existing fleet. This new contract will mean that HMF UK is responsible for the repair and maintenance of more than 1,000 cranes.

Infrastructure services company FM Conway has ordered 10 1510R tipper grab cranes, deliveries of which begin in the second quarter 2021, from HMF UK. The 1510R is a remote-controlled version of the 1310R.

These tipper grab cranes, which is HMF UK’s brand new purpose-built B4-rated machinery, will come with HMF UK’s new colour Scanreco remote control and will trial a brand-new camera system that permits the operator to view the body without having to access via the cranes platform.

A key request from FM Conway was to provide greater safety to their operators, and HMF UK were happy to oblige by developing this bespoke system to trial on their new cranes. HMF UK has welcomed this new partnership and said it is excited for potential further growth within the tipper grab market.

Overall it is good news that there have been such strong financial performances within the industry, despite the challenges associated with Covid-19. International expansion has resulted in a plethora of large contract orders, on top of exciting new machines and hybrids.

There are no mixed messages when it comes to safety. Yet it will certainly be interesting to watch any arguments pitted for and against possible safety regulation changes in Europe for the heavy loaders.