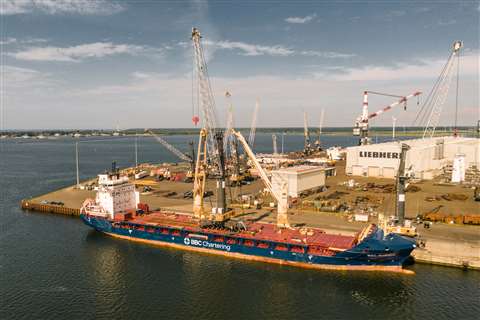 The company, which has been manufacturing mobile harbour, offshore and ship cranes since 2005, said the landmark machine was one of two ordered by Ghana Ports and Harbours Authority (GHPA).

Designed for loading and unloading ships in the Capesize and New-Panamax classes, the LHM 550 model can handle bulk cargo weighing up to 154 tonnes and has an outreach of 54 metres.

According to Liebherr Rostock, the new units were ordered as part of a fleet expansion programme and will be installed at the Port of Tema in West Africa.

Located on the eastern coast of Ghana, the Port of Tema is the largest in the country. Every year it receives more than 1,500 cargo, tanker, Ro-Ro and cruise vessels.

Ing. Stephen Kwamina Owiah, port logistics manager at GPHA, said, “We have a longstanding partnership with Liebherr. We are impressed with both Liebherr products and their service. It is not only the individual consulting but also the fast delivery that has promoted an expansion and increase of our business.” 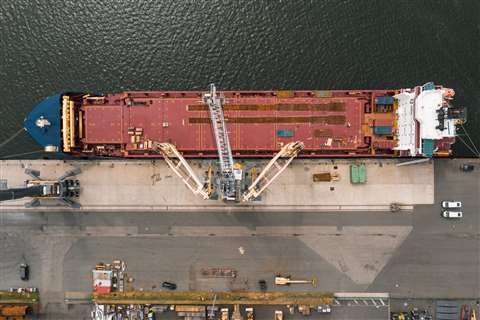 At the time of writing in early July Liebherr’s 1,300th harbour crane was en-route to Ghana with its sister machine. On its arrival it was to become the eighth Rostock harbour crane in GHPA’s fleet.

The machines were being transported from Germany’s Rostock Port in the north of the country on the Baltic Sea coast.

The heavy-lift vessel BBC-Russia was to carry the fully assembled cranes for the more than 5,500 kilometre journey to their West African destination.

Gregor Levold, general manager for shipping and heavy lift handling at Liebherr-MCCtec Rostock, said, “The Rostock international port offers us ideal conditions for shipping the often large-dimensioned equipment. We now load 60 to 65 percent of the cranes in fully assembled condition.” 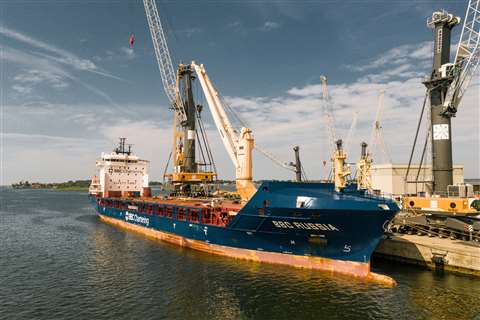 The 1,300th Liebherr harbour crane and its sister machine being prepared for transport to Ghana in their fully assembled states 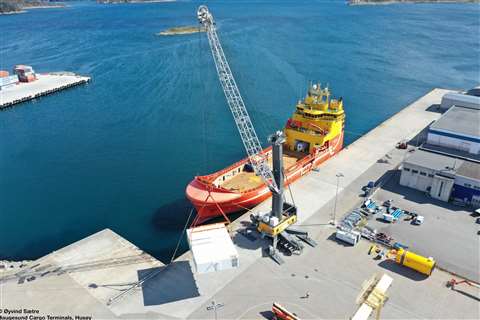